This quantum computer solved a problem in just 70 minutes. The most powerful supercomputer would've needed "at least eight years." 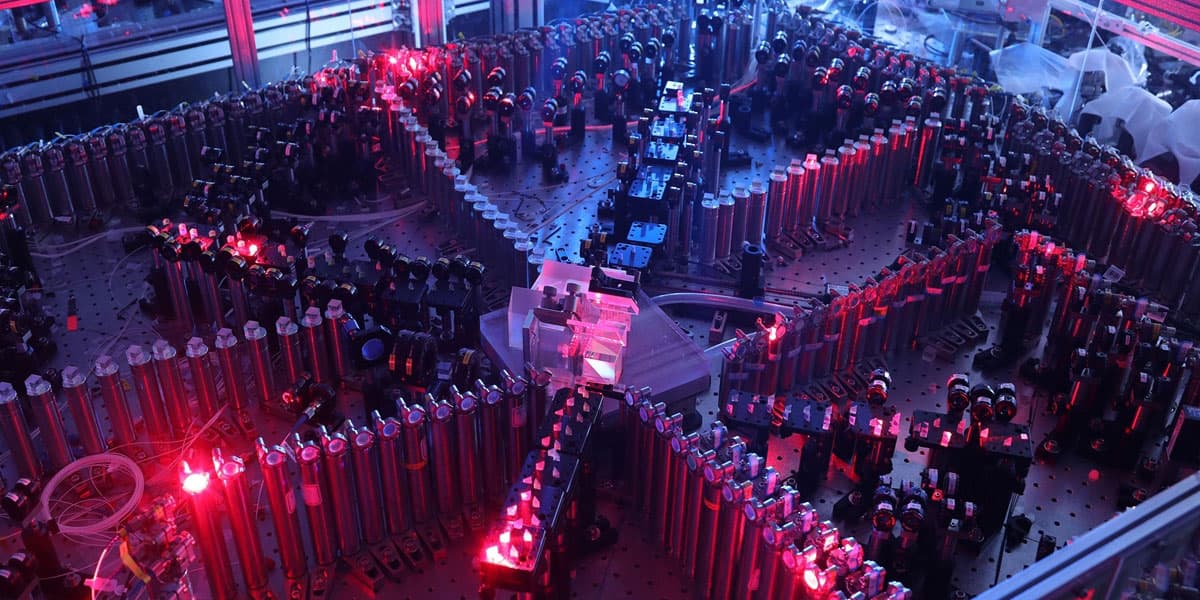 Image by University of Science and Technology of China

A team of researchers in China has claimed a new record in quantum computing, saying its new computer is far more powerful than any that came before it — including the best effort by the megacorporation Google.

In a preprint uploaded to arXiv, the researchers claim their quantum computer was able to solve a problem using 56 out of its 66 qubits, the quantum equivalent of bits in a conventional computer.

That's a step up from Google's Sycamore processor, which only has 54 qubits. In 2019, Google claimed its computer was the first to achieve quantum supremacy, the threshold beyond which quantum computers are able to solve problems that elude classical computers.

Google claimed its computer solved a problem in less than 3.5 minutes, something that would've taken the most powerful conventional supercomputer 10,000 years to do.

The Chinese team didn't go quite that far in its new paper.

"We estimate that the sampling task finished by Zuchongzhi in about 1.2 hours [or 70 minutes] will take the most powerful supercomputer at least eight years," the team wrote in its paper. "The computational cost of the classical simulation of this task is estimated to be 2-3 orders of magnitude higher than the previous work on 53-qubit Sycamore processor."

The problem the computer was solving was around 100 times more difficult to solve than the one solved by Google's Sycamore, according to the researchers.

It's a powerful hint of what quantum computers could soon be capable of, but their success needs to be taken with a grain of salt. Case in point, this latest paper has yet to be peer-reviewed.

Besides, as has been the case for pretty much all quantum computers so far, use cases are still extremely specialized, meaning that they won't be replacing their binary predecessors any time soon.

The team's Zuchongzhi system is a two-dimensional programmable computer that can manipulate up to 66 qubits. In other words, it can encode quantum information, the quantum state of a single electron, across 66 quantum bits.

Last year, a team made up of many of the same members demonstrated a quantum computer with 76 photonic qubits, qubits that store information about the charge state of photons. That computer, however, was not programmable like Zuchongzhi, as Cosmos Magazine points out. In other words, it was hardwired to complete the target calculation.

So what was the problem Zuchongzhi solved? The computer sampled the output distribution of random quantum circuits, as Cosmos puts it, a highly complex problem that has proved unsolvable for classical supercomputers. In other words, it's an excellent benchmark for the current crop of quantum computers.

While the usefulness of such calculations has yet to really be translated for use in the real world, scientists were impressed by the results.

"I’m very excited by this," Peter Knight at Imperial College London, who was not involved in the research, told New Scientist. "What this has done is really demonstrate what we’ve always thought we knew, but didn’t have proved experimentally, that you can always beat a classical machine by adding a few more qubits."

Read This Next
Quantum Supremacy
US Sanctions Chinese Quantum Computing Firms for... Reasons
Rock 'Em Sock 'Em
The Head of US Space Command Fears China's Giant Robot Arms
Quantum Conundrum
Sourcing Parts for Quantum Computers is Near-Impossible Right Now
Killer Robot Ships
The U.S. Navy Wants to Roll out Autonomous Killer Robot Ships
Futurism
The World’s First Practical Quantum Computer May Be Just Five Years Away
More on Robots & Machines
Balloon Pop
7:59 PM on the byte
Footage Shows Chinese Balloon Being Shot Down
From the Dept. of...
Thursday on futurism
The Best Mini Fridges of 2023
Blow Up Doll
Monday on the byte
Ukraine Accuses Russia of Using Inflatable "Dummy Tanks," Which Deflated
READ MORE STORIES ABOUT / Robots & Machines
Keep up.
Subscribe to our daily newsletter to keep in touch with the subjects shaping our future.
+Social+Newsletter
TopicsAbout UsContact Us
Copyright ©, Camden Media Inc All Rights Reserved. See our User Agreement, Privacy Policy and Data Use Policy. The material on this site may not be reproduced, distributed, transmitted, cached or otherwise used, except with prior written permission of Futurism. Articles may contain affiliate links which enable us to share in the revenue of any purchases made.
Fonts by Typekit and Monotype.