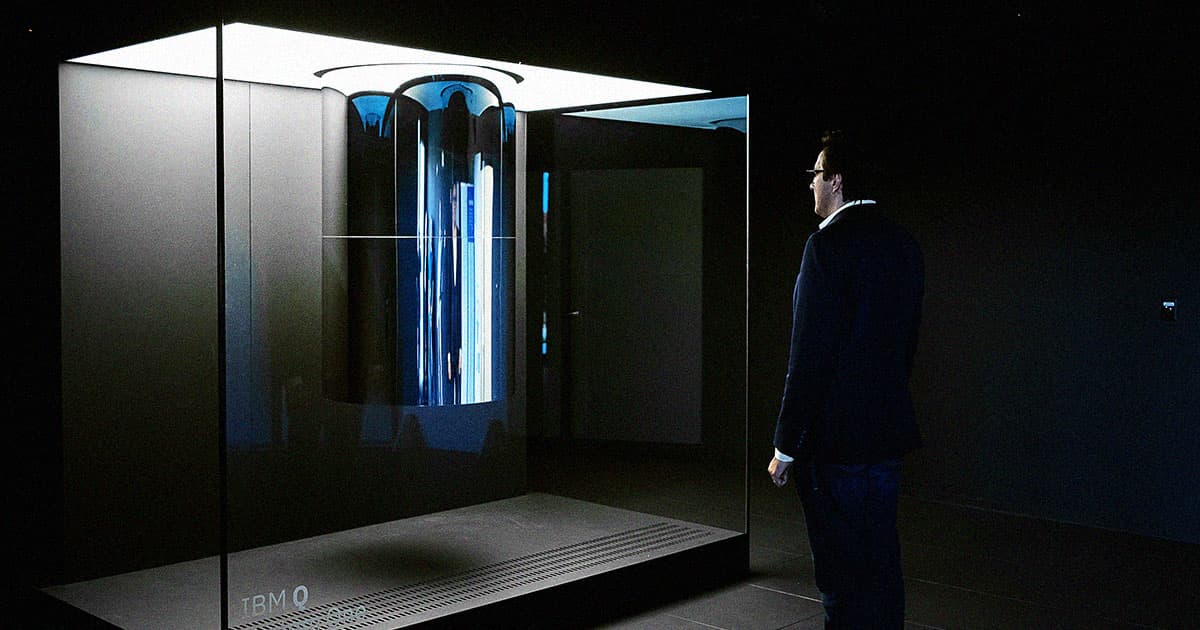 Experts are warning that quantum computers could eventually overpower conventional encryption methods, a potentially dangerous fate for humanity that they're evocatively dubbing the "quantum apocalypse," the BBC reports.

Cracking today's toughest encryption would take virtually forever today — but with the advent of quantum computers, they're warning, the process could be cut down to mere seconds.

And that kind of number-crunching power could have disastrous consequences if it were to land in the wrong hands.

"Everything we do over the internet today," Harri Owen, chief strategy officer at the company PostQuantum told the BBC, "from buying things online, banking transactions, social media interactions, everything we do is encrypted."

Ilyas Khan, chief executive of the Cambridge and Colorado-based company Quantinuum, agreed, calling encryption-busting quantum computers "a threat to our way of life" in an interview with the broadcaster.

Governments are already kicking into action to head off the possibility of their adversaries gaining the upper hand. The US Commerce Department, for instance, recently blacklisted a number of Chinese firms, some of which were added because of their potential "ability to break encryption or develop unbreakable encryption."

Researchers at tech giants like Google and Microsoft are hoping to keep ahead of the trend by quantum-proofing important classified data.

The US National Institute for Science and Technology (NIST) is also hoping to come up with a unified strategy to protect important data from the impending quantum apocalypse.

The quantum apocalypse is still likely many years out, if it happens at all. But in the meantime, researchers are racing ahead, trying to predict a future in which quantum computers crack today's encryption standards with ease.

Those predictions are only so meaningful, though, until we have a full grasp of what quantum computers will actually be capable of in the first place.

READ MORE: What is the quantum apocalypse and should we be scared? [BBC]

What We've Seen So Far at CES 2018
1. 9. 18
Read More
The Future of Bitcoin is Threatened by Quantum Computers
11. 20. 17
Read More
The Age of the Hacker: Equifax Took Down Website Amidst New Cybersecurity Fears
10. 14. 17
Read More
+Social+Newsletter
TopicsAbout UsContact Us
Copyright ©, Camden Media Inc All Rights Reserved. See our User Agreement, Privacy Policy and Data Use Policy. The material on this site may not be reproduced, distributed, transmitted, cached or otherwise used, except with prior written permission of Futurism. Articles may contain affiliate links which enable us to share in the revenue of any purchases made.
Fonts by Typekit and Monotype.