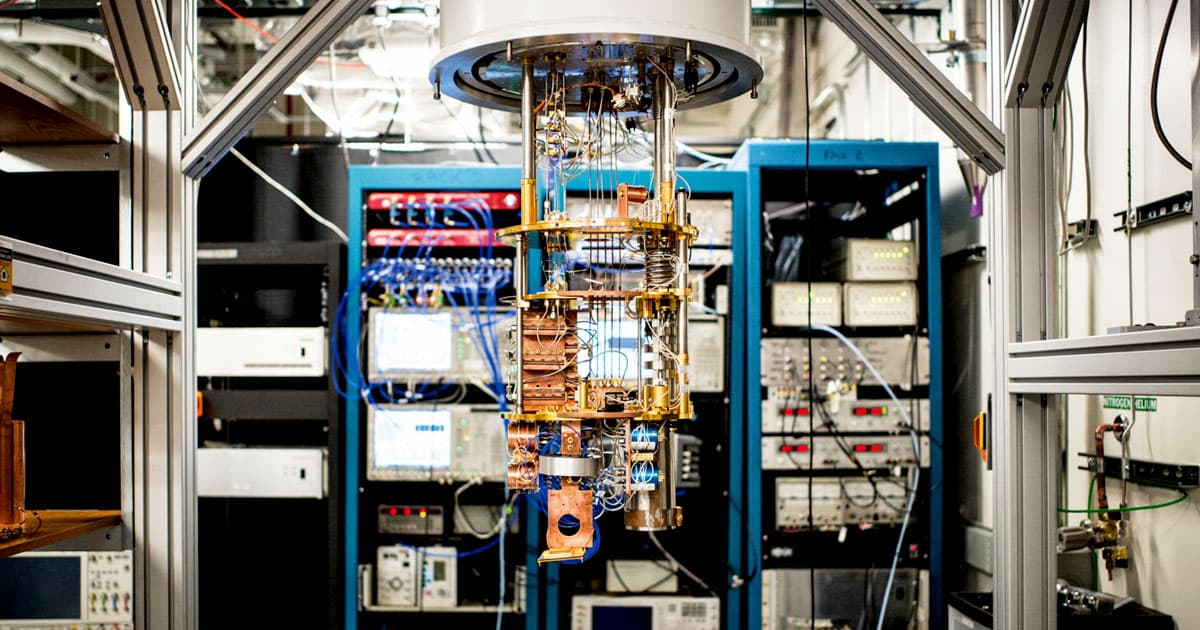 Putting together parts to build a conventional computer isn't rocket science. Most parts can be ordered online, and with a little bit of know-how, you'll end up with a functioning PC in no time.

But when it comes to quantum computers, things get vastly more difficult.

Collecting parts for quantum computers is so difficult and expensive, according to the MIT Technology Review, that it could slow the development of the technology as a whole — and worse, tech giants like IBM and Google could get a head start while leaving smaller startups and research institutions in the dust.

MIT Tech talked to Blake Johnson, the vice president of quantum engineering at a California-based quantum computer startup, who said that specialized parts like refrigerants that keep quantum computers near absolute zero and superconducting cabling are practically impossible to obtain right now.

The demand for these specialized parts is outstripping the dwindling supply. And that's a problem: the quantum computing industry is booming right now. Yet long wait times for these components are significantly slowing down quantum research.

To make matters worse, many quantum computing components are made by only one or two companies in the entire world. Cables that conduct very little heat are made by just one  manufacturer in Japan. Refrigerant gases — including a special helium isotope called helium-3 — are a nuclear research byproduct, and thereby very difficult to obtain, according to MIT Tech.

There are several possible workarounds. Researchers could find other ways to build quantum computers that don't require extreme cold temperatures to run. Or they could wait until manufacturers catch up with the growing demand for the components needed for today's quantum computers.

Or, of course, economic forces might win out: smaller companies could enter the market and start manufacturing some of the rare components as demand increases.

READ MORE: We’d have more quantum computers if it weren’t so hard to find the damn cables [MIT Technology Review]

Read This Next
Quantum Solutions
Chinese Scientists Say They Now Have the World's Most Powerful Quantum Computer
Futurism
The World’s First Practical Quantum Computer May Be Just Five Years Away
Futurism
Physicists Just Invented an Essential Component Needed for Quantum Computers
Futurism
IBM Just Announced a 50-Qubit Quantum Computer
Futurism
IBM's New, Cutting Edge Tech Could Make Computers 200 Times Faster
More on Robots & Machines
From the Dept. of...
12:00 AM on futurism
The Best Wireless Mouse of 2023
Balloon Boy
Yesterday on the byte
Other Chinese Balloons Apparently Flew Over America, But Nobody Noticed Them
From the Dept. of...
Yesterday on futurism
The Best Earbuds Under $50 in 2023
READ MORE STORIES ABOUT / Robots & Machines
Keep up.
Subscribe to our daily newsletter to keep in touch with the subjects shaping our future.
+Social+Newsletter
TopicsAbout UsContact Us
Copyright ©, Camden Media Inc All Rights Reserved. See our User Agreement, Privacy Policy and Data Use Policy. The material on this site may not be reproduced, distributed, transmitted, cached or otherwise used, except with prior written permission of Futurism. Articles may contain affiliate links which enable us to share in the revenue of any purchases made.
Fonts by Typekit and Monotype.