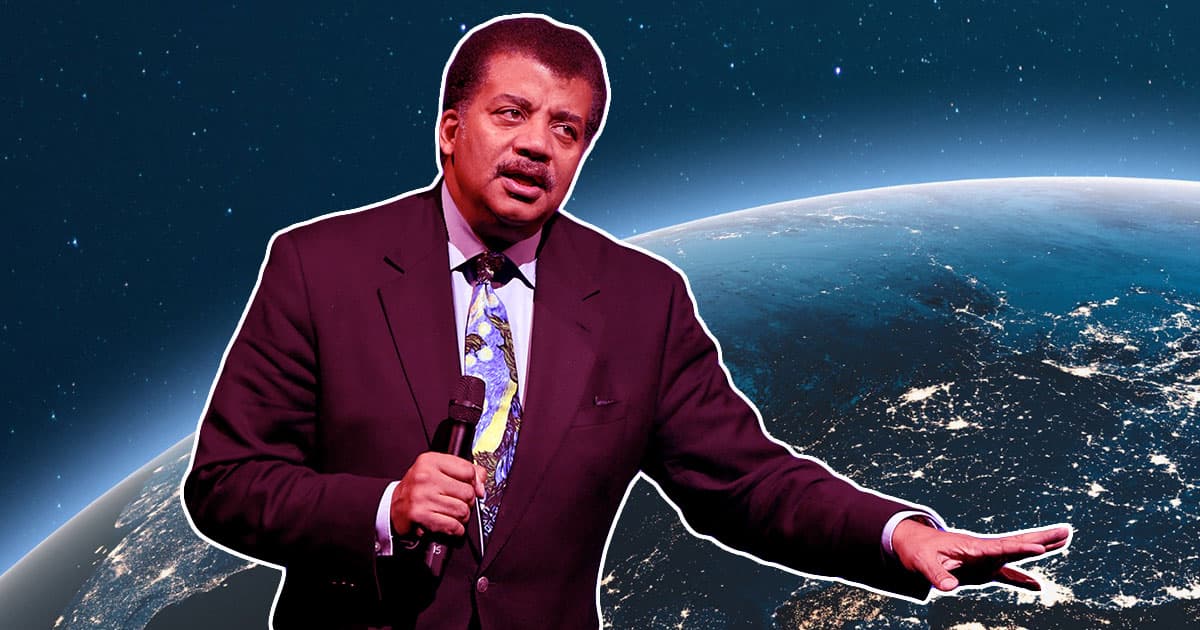 Neil deGrasse Tyson Is Fighting With a Retired Astronaut About "Top Gun: Maverick"

"At that air speed, his body would splatter like a chainmail glove swatting a worm."

"At that air speed, his body would splatter like a chainmail glove swatting a worm."

It was only a matter of time before famous astrophysicist Neil deGrasse Tyson and famous astronaut Scott Kelly, both known for their shared love of a good online flame war, locked Space Dude horns in debate — and that time, it seems, has finally come.

The catalyst for this newfound Space Dude rivalry? "Top Gun: Maverick," the latest installation of the "Top Gun" franchise. Looks like Tyson finally got around to a viewing, and he had a serious issue with the physics of one scene in particular.

"Late to the party here, but in this year's @TopGunMovie, @TomCruise's character Maverick ejects from a hypersonic plane at Mach 10.5, before it crashed," Tyson complained. "He survived with no injuries. At that air speed, his body would splatter like a chainmail glove swatting a worm. Just sayin'."

"Depends on his altitude," the astronaut retorted, offering a personal narrative to confirm his own theory: "I was going Mach 25 when I left the ISS on a spacewalk and that was just fine."

Of course, that's not necessarily a perfect comparison — which the NASA retiree understands, as he took the time to thread a bit of a clarification.

"To be completely clear," he continued. "At the altitude at which a Mach 10 hypersonic aircraft would be flying, the ejection would be very survivable, the reentry into the atmosphere in just a pressure suit, not so much."

In other words: Kelly's own issue with the scene lied less in the air speed, as Tyson had noted, and more with how high up Cruise's character may have been. That, he argued, is the determining factor for survivability in this case.

"We didn't see the ejection onscreen," wrote one netizen. "Maybe the hypersonic plane had a protective capsule for the pilot like the XB-70 used."

Tyson has yet to respond. But that being said, none of us would personally care to be thrown out of a hypersonic aircraft, no matter the altitude. And on a related note, we're sure that both Tyson and Kelly have some thoughts about Tommy Boy's upcoming spacewalk, too — round table WHEN?!

Fighting Words
Retired NASA Astronaut Scott Kelly Dishes on Ukraine, Russia, and Moon Mission
Monday
Read More
Muzzled Up
Former Astronaut Says NASA Warned Him to Stop Criticizing Russia
Mar 16
Read More
Throwing Shade
A Former NASA Astronaut Is Bitterly Feuding With the Head of the Russian Space Program
Mar 7
Read More
+Social+Newsletter
TopicsAbout UsContact Us
Copyright ©, Camden Media Inc All Rights Reserved. See our User Agreement, Privacy Policy and Data Use Policy. The material on this site may not be reproduced, distributed, transmitted, cached or otherwise used, except with prior written permission of Futurism. Articles may contain affiliate links which enable us to share in the revenue of any purchases made.
Fonts by Typekit and Monotype.