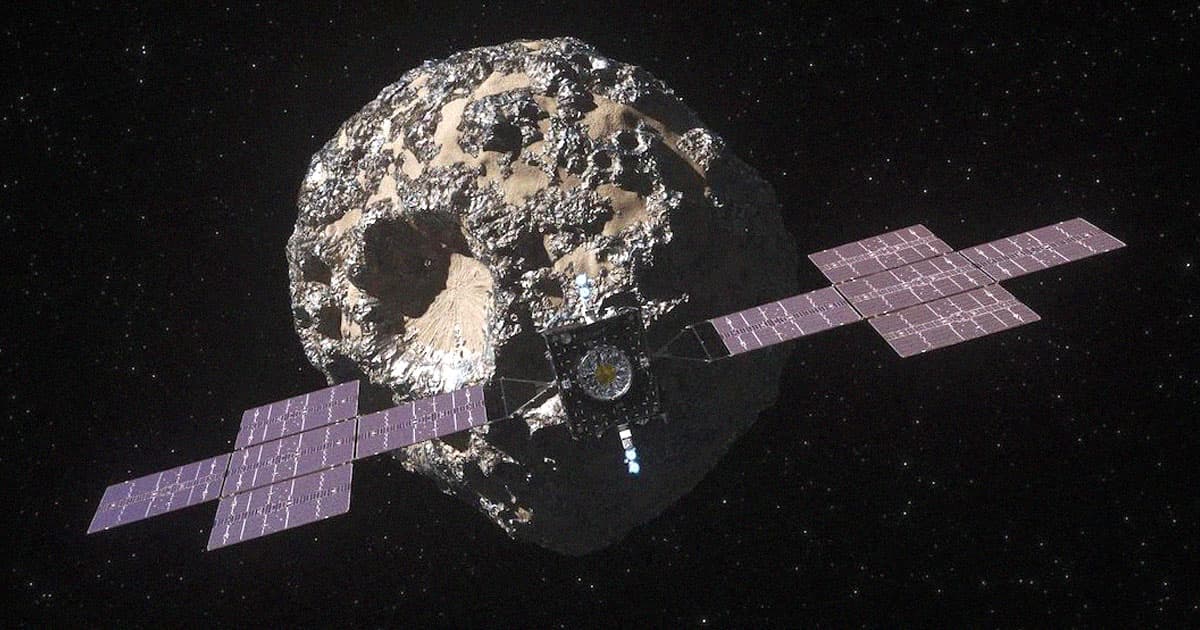 This mission has been in the works for years.

This mission has been in the works for years.

Well, a $10 quintillion asteroid to be exact.

Announced back in 2017 and originally slated to launch this summer, NASA's much-delayed Psyche mission is — or, perhaps, was — an endeavor to explore the metallic asteroid Psyche, a uniquely resource-laden celestial body sandwiched between Mars and Jupiter. The venture was touted as an incredible opportunity to study a world vastly different from our own, while hopefully unlocking some clues about the origins of our Universe.

But now, it looks like those efforts are in trouble — a NASA update has revealed that the mission is under review and may ultimately be scrapped.

NASA stipulates that the assessment intends to examine the "project and institutional issues" that have led to the uncrewed spacecraft's allegedly software-related delays.

"The review will study factors of workforce environment, culture, communication, schedule, and both technical and programmatic risks," reads the agency's post. "Results of this study will help inform a continuation/ termination review for the mission."

To be fair, getting to Psyche is no easy task. The spacecraft is meant to launch into space onboard a SpaceX Falcon Heavy rocket, slingshot around Mars, and then make the three-year trek to the far-off asteroid, where it was to spend 21 months relaying imagery back to Earth-bound NASA scientists.

Regardless, a lot of money has gone into this project already. And as this potential cancellation comes on the heels of a flurry of other high-profile delays regarding the extremely expensive Artemis missions, it's probably fair to assume that the agency is feeling some pretty deep frustration.

More on NASA troubles: Something Very Bad Might Be About to Go Down at NASA