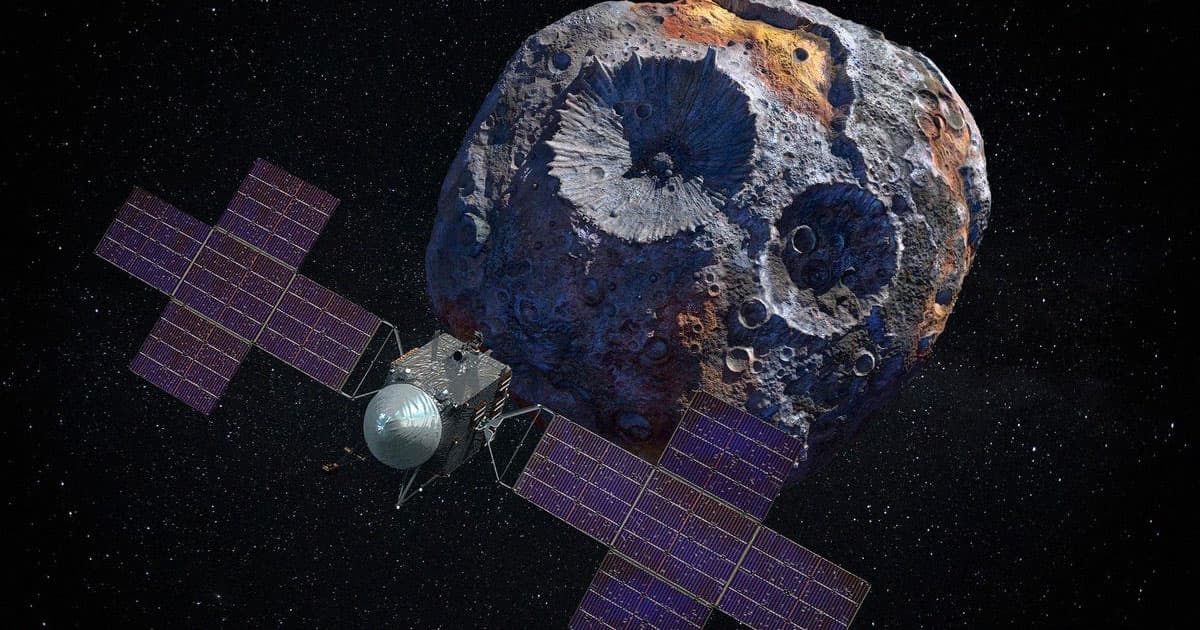 "It could be the part of a metal core of a tiny planet..."

"It could be the part of a metal core of a tiny planet..."

NASA is hoping to launch a spacecraft to investigate a massive metal-rich asteroid called Psyche, which experts estimate to be worth an astonishing $10 quintillion — if, that is, we ever decide to mine it for resources.

The spacecraft, which shares the same name as the asteroid, is scheduled to launch on a SpaceX Heavy Falcon rocket as soon as this August, an exciting mission that could shed light on the earliest days of the solar system and how planets are formed.

Ahead of the launch, the media was invited to get a first hand look at the spacecraft’s development inside a clean room at NASA’s Jet Propulsion Lab in California this week.

The asteroid is of particular interest because of its “large metal content,” Linda Elkins-Tanton of Arizona State University, principal investigator of the mission, told Ars Technica, “but we’ve never really known how much.”

“It could be the part of a metal core of a tiny planet from early in the Solar System, or it could be something that never melted and formed a core but has metal mixed into it, like pebbles with the rock,” she added. “We won’t really know until we get there.”

The spacecraft will feature a variety of scientific instruments to figure out what the massive 70-miles-across space rock is actually made of and what its surface looks like from up close.

Psyche will also use Hall thrusters, an innovative new propulsion technology that will be put to use in deep space for the first time.

If all goes according to plan, the spacecraft will slingshot around Mars in May 2023, and then start on its three year journey to the asteroid. It will spend the next 21 months having a detailed look at its surface and makeup, coming within just 53 miles of the asteroid’s surface.

Scientists are already excited what the small spacecraft may find once it reaches its final destination.

“I would love for it to be ‘reduced’: some material that had all its oxygen stripped off it so that the metal is made up of the iron that’s left behind,” Elkins-Tanton told Ars. “Some previously undetected building block of planets, something we haven’t seen in the meteorite collection. ”