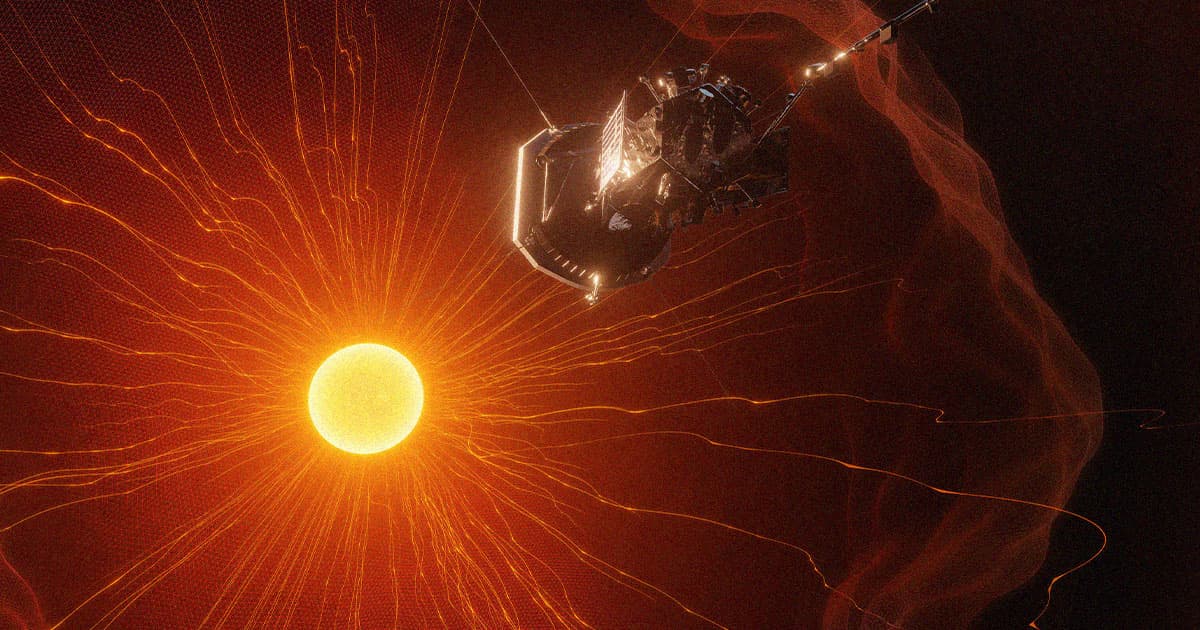 Eye of the Sun

It was "like flying into the eye of a storm."

It was "like flying into the eye of a storm."

NASA's Parker Solar Probe made history by becoming the first spacecraft to have "touched the Sun" earlier this year, the agency has now confirmed.

The tiny probe made its way through the star's upper atmosphere, taking important readings of its surroundings.

It even took the time to capture tons of images during its amazing stunt, which scientists stitched together for an incredible video with the Milky Way peeking out behind a stream of highly energized particles — an unprecedentedly close and fascinating look at our star.

It must have been quite the experience for the Solar Probe as it made its way through a feature of the Sun's atmosphere called a pseudostreamer, which are huge ribbon-like structures that are visible during solar eclipses.

"Passing through the pseudostreamer was like flying into the eye of a storm," reads NASA's statement. "Inside the pseudostreamer the conditions quieted, particles slowed and the number of switchbacks dropped — a dramatic change from the busy barrage of particles the spacecraft usually encounters in the solar wind."

Switchbacks are zig-zag-like magnetic structures, the result of dramatic magnetic explosions occurring in the Sun's atmosphere. The Parker probe recently found that they were a common feature of the solar wind, and not nearly as rare as previously thought.

"We see evidence of being in the corona from magnetic field data, solar wind data, and visually in white-light images," said Nour Raouafi, the Parker Solar Probe project scientist at the Johns Hopkins Applied Physics Laboratory, in the statement.

It's an amazing video — especially considering the probe was screaming through the Sun's atmosphere at over 142 kilometers per second. Now, what it discovered could change our understanding of the Sun forever.

Updated to fix error in how fast the probe was traveling.

More on the probe: NASA Brags That Its Bone-Covered Probe Officially Touched the Sun

Jupiter Ascending
A Wave of Incredible Heat Ripped Through Jupiter
10. 14. 22
Read More
Into Darkness
Inside NASA's Bold Proposal to Probe the Mysteries of Dark Matter
3. 11. 22
Read More
Star War
Scientists Are Trying to Figure Out How to Kill Stars with Black Holes
11. 29. 21
Read More
+Social+Newsletter
TopicsAbout UsContact Us
Copyright ©, Camden Media Inc All Rights Reserved. See our User Agreement, Privacy Policy and Data Use Policy. The material on this site may not be reproduced, distributed, transmitted, cached or otherwise used, except with prior written permission of Futurism. Articles may contain affiliate links which enable us to share in the revenue of any purchases made.
Fonts by Typekit and Monotype.