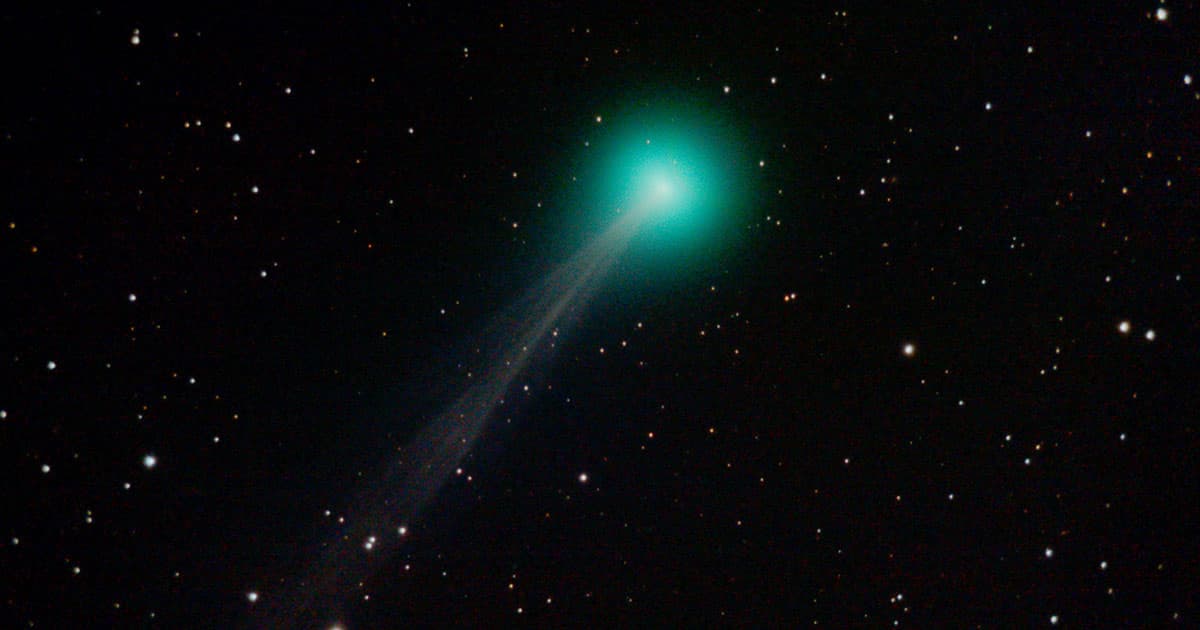 Research Spacecraft May Pass Through Tail of Dead Comet

Tail of the shattered comet.

Tail of the shattered comet.

Astronomers hoped to study a comet named ATLAS when it passed through our solar system, but in April it started to disintegrate.

But Space.com reports that NASA and the European Space Agency may have an extremely fortuitous opportunity to analyze it all the same. That's because Solar Orbiter, a spacecraft operated by the two agencies that studies our Sun, happens to be on the exact right course to pass through the comet's tail in the next few weeks.

Ships In The Night

Solar Orbiter could pass through the outer layers of the tail of ATLAS's rubble either on May 31 or Jun 1, Space.com reports, and it could hit the remnants of its dust trail by June 6.

Once it makes contact, the instruments on Solar Orbiter that were built to study the ionized particles on the Sun's atmosphere could instead get an up-close look at how comets — or their debris — ionize their surroundings, according to research published earlier this month in the journal Research Notes of the AAS.

Ships In The Night

Aside from the excitement around the potential discoveries associated with the flyby, the researchers seem blown away by the fantastic luck necessary for Solar Orbiter and ATLAS' trajectories to line up so well.

"If Solar Orbiter instruments detect material from Comet ATLAS, it will be the first predicted serendipitous comet tail crossing by an active spacecraft carrying appropriate instrumentation for the detection of cometary material," the researchers wrote in their paper.