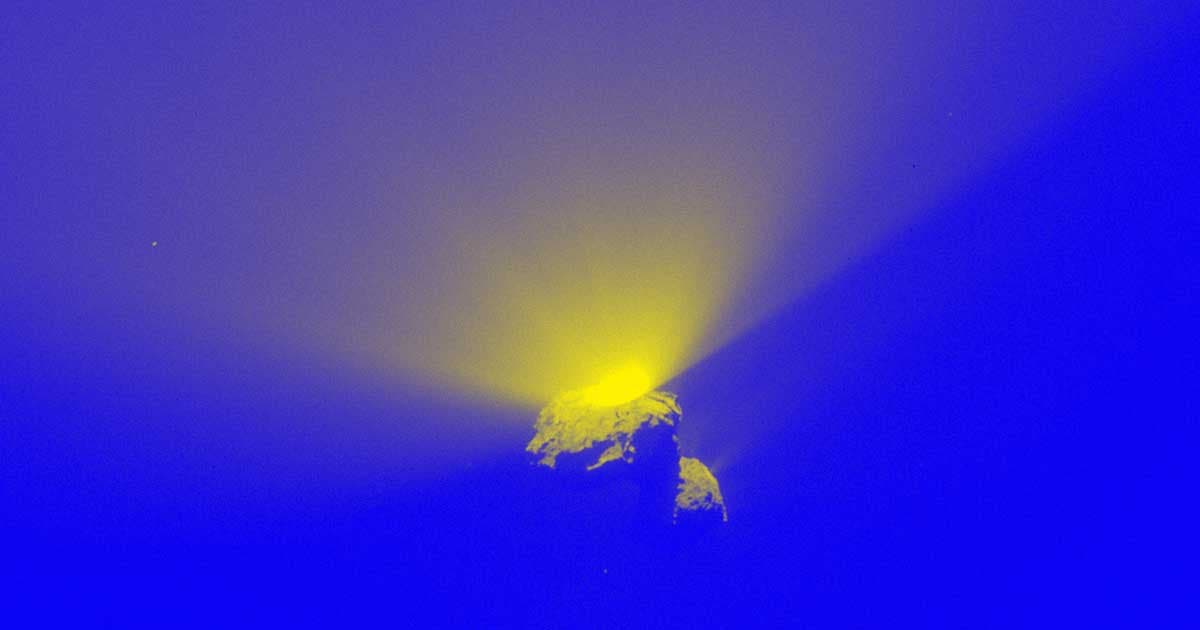 It's grainy, but epic.

It's grainy, but epic.

NASA's exoplanet-hunting satellite TESS caught a rare glimpse of the entirety of a "comet outburst," which is an epic cosmic event in which a comet spontaneously combusts in a brilliant explosion.

The satellite captured a time-lapse video of the event, according to a NASA release. The footage is grainy, but it's an awe-inspiring glimpse of rare celestial death — and, astronomers say, it could finally reveal what causes the mysterious outbursts.

There are two leading theories about what causes a comet outburst, both having to do with the sun vaporizing surface ice and propelling the space rock forward, according to the NASA release. And while research on the comet published last month in The Astrophysical Journal Letters didn't settle the debate, future analyses of the data could help astronomers figure it out.

One suggestion is that a sudden heatwave can hit unstable ices, setting off the sudden explosion. Another is that new ice suddenly becomes exposed to — and promptly vaporized by — the Sun after cliff on the surface of the comet collapses or some other geologic activity occurs.

"We can't predict when comet outbursts will happen," University of Maryland astronomer and lead researcher Tony Farnham said in the NASA release. "But even if we somehow had the opportunity to schedule these observations, we couldn’t have done any better in terms of timing. The outburst happened mere days after the observations started."

More on TESS: Satellite Spots "First Nearby Super-Earth" That Could Harbor Life