Scientists Found Something Surprising in Closest-Ever Photos of the Sun

They're calling them "campfires" — and our star appears to be covered with them. 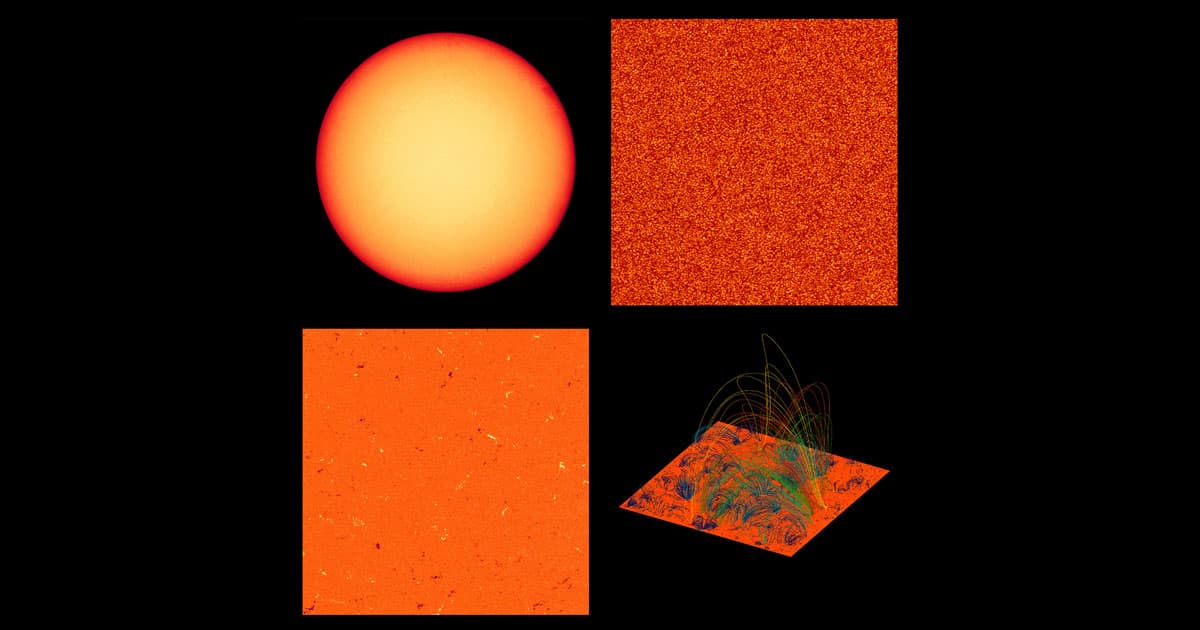 NASA just released the closest pictures ever taken of the Sun — not to be confused with the highest resolution ones — courtesy of the Solar Orbiter, a collaboration between NASA and the European Space Agency (ESA). The close-ups are breathtaking to look at, and also reveal something entirely unexpected as well: small flares they're calling "campfires," all over the star's surface.

"The campfires we are talking about here are the little nephews of solar flares, at least a million, perhaps a billion times smaller," said principal investigator David Berghmans, an astrophysicist at the Royal Observatory of Belgium in Brussels, in a a NASA statement. "When looking at the new high resolution EUI images, they are literally everywhere we look."

Despite the majority of staff at ground control at the European Space Operations Center in Germany having to work from home during the ongoing pandemic, the team was able to obtain the images from the Solar Orbiter as it made its closest pass on June 15.

A closer flyby also means better images. "Because the camera itself doesn’t doesn’t have any zoom capability, that zooming happens by getting closer to the Sun,” Daniel Müller, ESA’s Solar Orbiter Project Scientist, told The Verge.

"These unprecedented pictures of the Sun are the closest we have ever obtained," Holly Gilbert, NASA project scientist for the mission at NASA's Goddard Space Flight Center, said in the NASA statement. "These amazing images will help scientists piece together the Sun’s atmospheric layers, which is important for understanding how it drives space weather near the Earth and throughout the solar system."

Scientists are still unsure as to the exact nature of these "little" flare-ups — each of them are about the size of a country.

But we might soon know more thanks to the Solar Orbiter's other scientific instruments. The Spectral Imaging of the Coronal Environment, or SPICE instrument, can measure the exact temperature of each nanoflare.

"So we're eagerly awaiting our next data set," Frédéric Auchère, principal investigator for SPICE operations at the Institute for Space Astrophysics in Orsay, France, said in NASA's statement. "The hope is to detect nanoflares for sure and to quantify their role in coronal heating."

The Solar Orbiter is outfitted with an entire suite of scientific gear. Counting the cameras and the SPICE instrument, the small spacecraft features ten different instruments, all collecting invaluable data about our star.

Scientists weren't expecting to find anything groundbreaking from the Orbiter's first ever images — yet thanks to the Extreme Ultraviolet Imager, astronomers were astonished to discover what they called "campfires" all over the Sun's surface.

"We didn’t really expect such great results right from the start," Müller, ESA’s Solar Orbiter Project Scientist, said in an ESA statement. "We can also see how our ten scientific instruments complement each other, providing a holistic picture of the Sun and the surrounding environment."

As part of a different experiment, scientists are excited to soon get a much closer and detailed look at structures of solar wind, massive streams of charged particles released from the Sun's corona that make their way through the solar system.

Thanks to yet another instrument, the researchers are also getting an unprecedented look at the Sun's magnetic field, particularly at each of its poles.

READ MORE: The closest images of the Sun ever taken reveal tiny solar flares dotting the star’s surface [The Verge]

More on the Solar Orbiter: A Space Probe Just Took the Closest Pictures of the Sun Ever

Read This Next
Into Darkness
Inside NASA's Bold Proposal to Probe the Mysteries of Dark Matter
Water Canyon
Scientists Spot Hidden Water in Mars' Grand Canyon
Martian Ammonia
NASA Rover Detects Organic Molecules on the Surface of Mars
Myanus, Hisanus, Heranus...
Here's What Uranus Scientists Think About Your Disgusting Jokes
Joseph Strikes Again
Experts Shred Paper Claiming to Identify Mushrooms on Mars
More on Hard Science
Tractor Beam
Jan 26 on the byte
Scientists Build Working Tractor Beam, Although It's Comically Tiny
Having a Blast
Jan 18 on the byte
New Study Shows Where You Should Hide to Survive a Nuclear Attack
Offworld Amino
Jan 15 on the byte
Scientists Find Building Blocks of Life in Meteor That Smashed Into Family's Driveway
READ MORE STORIES ABOUT / Hard Science
Keep up.
Subscribe to our daily newsletter to keep in touch with the subjects shaping our future.
+Social+Newsletter
TopicsAbout UsContact Us
Copyright ©, Camden Media Inc All Rights Reserved. See our User Agreement, Privacy Policy and Data Use Policy. The material on this site may not be reproduced, distributed, transmitted, cached or otherwise used, except with prior written permission of Futurism. Articles may contain affiliate links which enable us to share in the revenue of any purchases made.
Fonts by Typekit and Monotype.