“We have never taken pictures of the Sun from a closer distance than this." 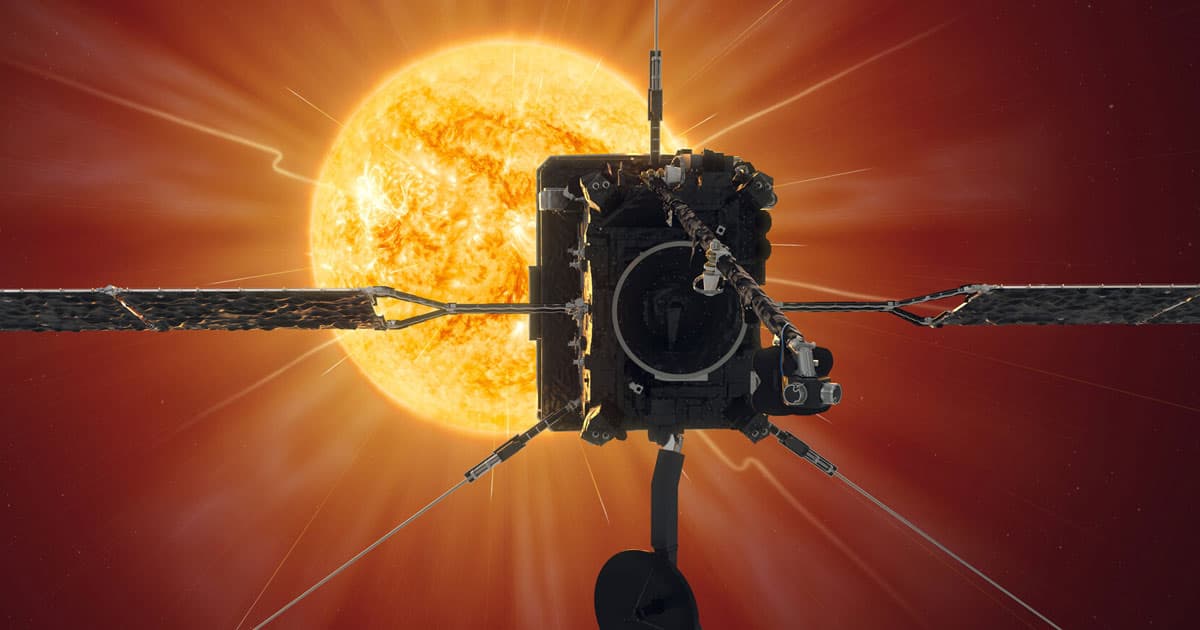 The European Space Agency's Solar Orbiter probe just made its first close approach of the Sun, getting within 77 million kilometers (47.8 million miles) of the star's surface — about half the distance between Earth and the Sun.

During its approach, it snapped the closest images of the Sun ever captured — which will be released in mid-July, according to a statement.

“We have never taken pictures of the Sun from a closer distance than this," ESA’s Solar Orbiter Project Scientist Daniel Müller said in the statement.

While we've been able to zoom in further using solar telescopes from Earth such as the Daniel K. Inouye Solar Telescope in Hawaii, this spacecraft was able to get a much clearer look from outer space, unobstructed by Earth's atmosphere.

"For the first time, we will be able to put together the images from all our telescopes and see how they take complementary data of the various parts of the Sun including the surface, the outer atmosphere, or corona, and the wider heliosphere around it," Müller added.

Scientists will also be able to get an unprecedented peek at the structure and composition of solar winds, according to the scientists.

"For the in-situ instruments, this is not just a test, we are expecting new and exciting results," Yannis Zouganelis, ESA’s Solar Orbiter Deputy Project Scientist, said in the statement.

The Solar Orbiter will get even near to the Sun later, getting as close as 42 million kilometers (26 million miles) — closer than Mercury.

The record still belongs to NASA's Parker Solar Probe, which in November 2018 became the closest man-made object to the Sun ever sent into space, at just 24 million kilometers (15 million miles)  from the surface.

The images taken by the Solar Orbiter will take a week to travel the 134 million kilometers (83 million miles) back to Earth. The images will then be processed and released to the public in mid-July.

More on the Sun: The Highest Def Photo of the Sun Looks Like Popcorn

Read This Next
Water Canyon
Scientists Spot Hidden Water in Mars' Grand Canyon
Star Stream
Something Is Ripping Apart the Nearest Star Cluster to Earth
Satan's Butthole
The Sharpest-Ever Image of a Sunspot Looks Like a Portal to Hell
Soft Boy
Final Clues From Derelict Lander: Comet Interior "Extraordinarily Soft"
Tiny Flares
Scientists Found Something Surprising in Closest-Ever Photos of the Sun
More on Hard Science
Tractor Beam
Jan 26 on the byte
Scientists Build Working Tractor Beam, Although It's Comically Tiny
Having a Blast
Jan 18 on the byte
New Study Shows Where You Should Hide to Survive a Nuclear Attack
Offworld Amino
Jan 15 on the byte
Scientists Find Building Blocks of Life in Meteor That Smashed Into Family's Driveway
READ MORE STORIES ABOUT / Hard Science
Keep up.
Subscribe to our daily newsletter to keep in touch with the subjects shaping our future.
+Social+Newsletter
TopicsAbout UsContact Us
Copyright ©, Camden Media Inc All Rights Reserved. See our User Agreement, Privacy Policy and Data Use Policy. The material on this site may not be reproduced, distributed, transmitted, cached or otherwise used, except with prior written permission of Futurism. Articles may contain affiliate links which enable us to share in the revenue of any purchases made.
Fonts by Typekit and Monotype.