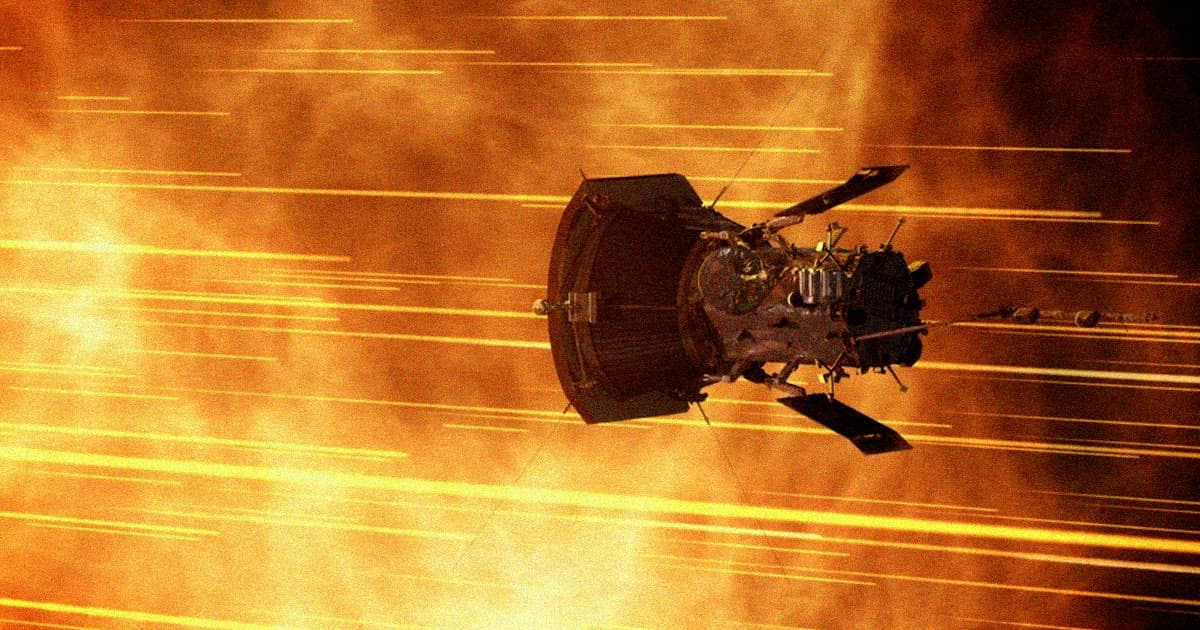 NASA Brags That Its Probe Officially Touched the Sun

A NASA probe has done the seemingly impossible and “touched” the Sun.

NASA has officially acknowledged that its Parker Solar Probe dipped below the upper part of the Sun's atmosphere known as the corona and "touched the Sun," in the agency's phrasing. It actually made its momentous flight in April, but it took months for the data to relay back to Earth and for researchers to confirm their findings, which they announced at a meeting of the American Geophysical Union on Tuesday.

Researchers published their findings in the journal Physical Review Letters on Tuesday.  Aside from being an awesome thing to do, the Parker Solar Probe’s mission to touch the Sun revealed new insights about solar wind and its magnetic field. It also gives researchers a glimpse into "phenomena that are impossible to study from afar," the release said.

"Not only does this milestone provide us with deeper insights into our Sun's evolution and its impacts on our solar system, but everything we learn about our own star also teaches us more about stars in the rest of the universe," Zurbuchen said.

As you can imagine, even the Sun’s atmosphere is a brutal environment. To help the craft survive its approach, engineers developed a carbon heat shield with an extremely high melting temperature, according to the American Physical Society.

So yeah, NASA has space probe that literally touched the Sun. In our estimation, that makes the Parker officially the most metal spacecraft in NASA’s history.

Updated to remove an inaccurate description of the probe's coating.

More on Parker Solar Probe: NASA Just Launched a New Space Probe That Will Venture Closer to the Sun Than Any Craft Before It