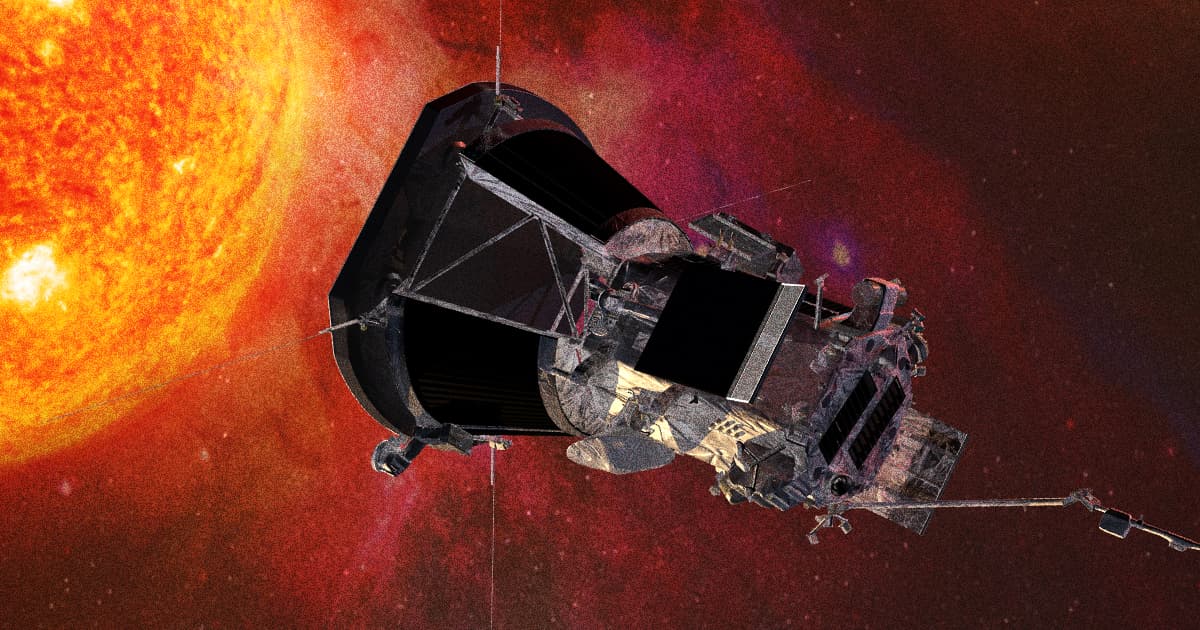 A NASA Spacecraft Just "Touched" the Outer Layer of the Sun

The Parker Solar Probe is now the fastest human-made object in existence.

The Parker Solar Probe is now the fastest human-made object in existence.

NASA's Parker Solar Probe just took its closest pass to the Sun yet, veering so close that it "touched" the star's blisteringly hot outer atmosphere — and gave NASA an unprecedented firsthand look at it.

The car-sized spacecraft has zoomed past the Sun a few times now, veering closer and closer each time, according to CNET. Each time, it uses nearby Venus' gravitational pull as a sort of slingshot that helps it travel closer to the Sun and propels it at higher and higher speeds each time.

The slingshot is working so well that the space probe broke two records during its most recent solar approach last week.

First off, the Parker Solar Probe reached a top speed of 330,000 MPH — fast enough to take 13 laps around the Earth in a single hour, according to CNET, and to become the fastest-traveling object ever made by humanity. It also traveled closer to the Sun — reaching just 6.5 million miles from its surface — than any other spacecraft in history.

The previous record-holder — also the Parker Solar Probe — probably isn't that disappointed. And of course, because NASA doesn't want to quit while it's ahead, the spacecraft is expected to shatter both of its own records yet again later this year after it once more uses Venus to slingshot itself closer to the Sun at higher speeds than ever before.