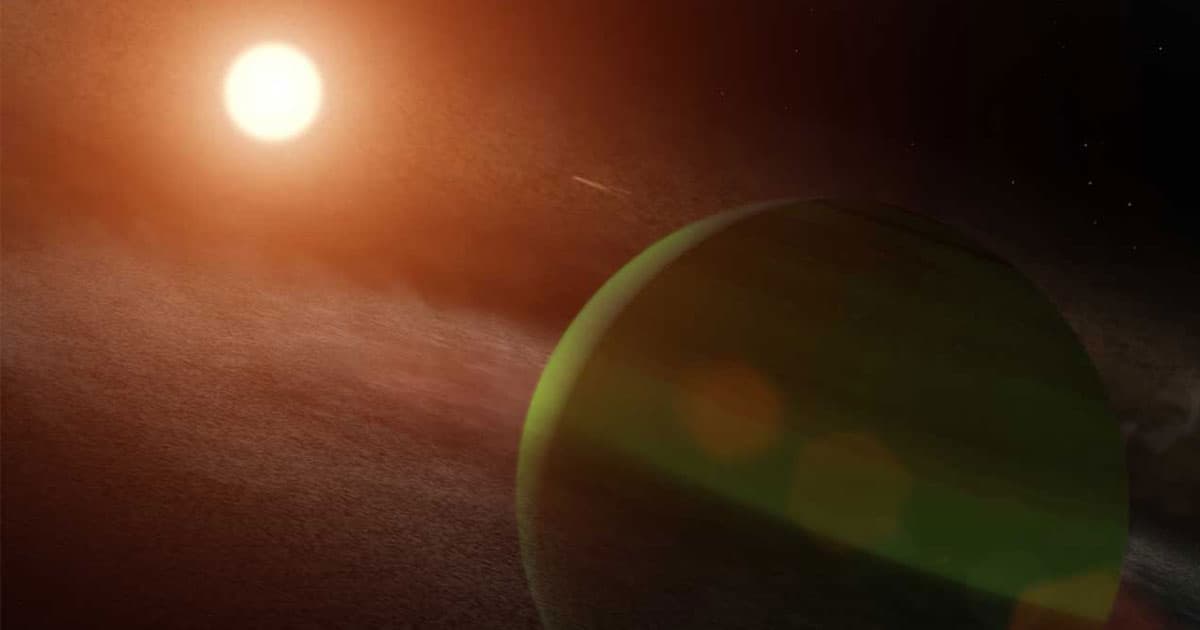 NASA scientists have discovered a new exoplanet that's whipping around its star at dizzying speed.

The exoplanet, AU Mic b, is the size of Neptune — but circles its star in an orbit so tight that a full revolution takes one Earth week, Space.com reports. While its inhospitable conditions almost certainly rule out the possibility of life there, NASA researchers say that probing the unusual star system could help them better understand the different ways that planets and star systems form.

The AU Mic solar system is particularly close to the better-understood Beta Pictoris system, Space.com reports. And contrasting the star and exoplanets within each, NASA suspects, could reveal important differences in how planets can form.

For instance, data from NASA's Transiting Exoplanet Survey Satellite (TESS) suggests that AU Mic b formed far away from its comparatively young star, but was gradually drawn into its current, tighter orbit over time. On the other hand, the exoplanets orbiting Beta Pictoris seem to have not migrated much at all.

What NASA does know about AU Mic b is that it's had a pretty rough life. The star it orbits is still comparatively young — between 20 and 30 million years old compared to our Sun's 4.5 billion.

Because the young star is still shrinking and developing, it sends out devastating storms of cosmic radiation, Space.com reports, that relentlessly barrage AU Mic b as it zips around in circles.