Trust us, it's practical. 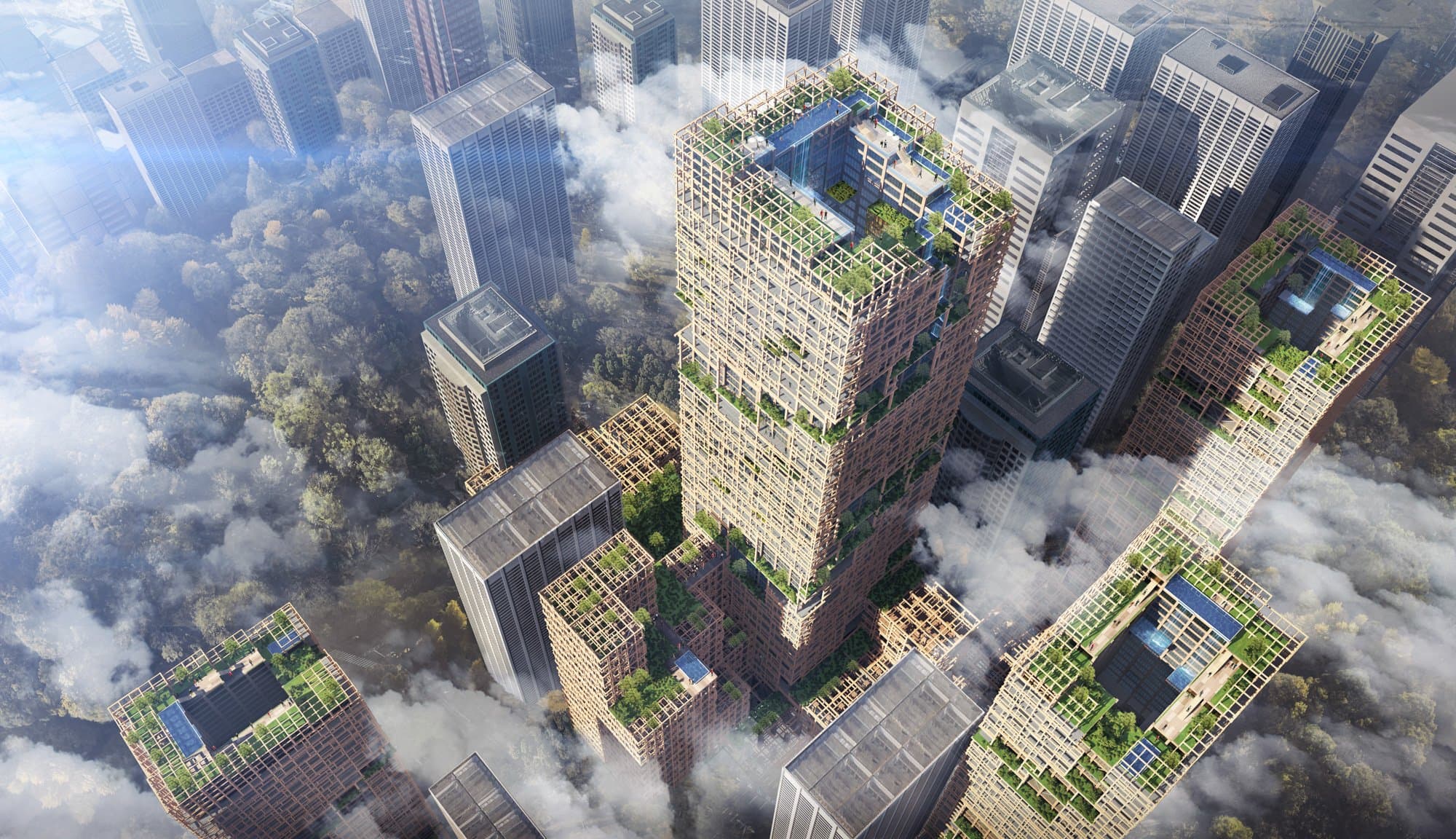 Japanese architects want to turn modern-day cities into wooden forests, quite literally. Japanese firm Sumitomo Forestry unveiled its designs for what would be the tallest wooden building in the world — a 350-meter (1,148-foot) skyscraper, dubbed as the W350 Project.

The building, slated to be completed by 2041, would be made of 90 percent specially processed wood, and 10 percent steel. But it's not your run-of-the-mill timber that's going to be built so high into the sky — the building would likely be made of cross-laminated timber, a material made of many sheets of wood glued and compressed together. The final result is a plank that's more robust than steel. If one of the little piggies built its house from this stuff, even to the heights of the W350 project, then no amount of the wolf's huffing or puffing could take it down.

Read This Next
Futurism
White Forest Tower in Paris Will Fight Climate Change With 2,000 Plants
Futurism
Scientists Have Created a Concrete Roof That Generates Solar Power
Futurism
Wooden Skyscrapers Are Set to Transform Our Cities
More on Earth & Energy
Cow Chow
10:15 PM on the byte
Bill Gates Gives $12 Million to Flatulent Australian Cows
Dye in the Water
9:36 PM on the byte
Scientists Dye Chunks of Ocean Water Pink for Head-Turning Coastal Experiment
Face/On
8:59 PM on the byte
Scientists Found a Dinosaur's Face, Complete With Its Skin
READ MORE STORIES ABOUT / Earth & Energy
Keep up.
Subscribe to our daily newsletter to keep in touch with the subjects shaping our future.
+Social+Newsletter
TopicsAbout UsContact Us
Copyright ©, Camden Media Inc All Rights Reserved. See our User Agreement, Privacy Policy and Data Use Policy. The material on this site may not be reproduced, distributed, transmitted, cached or otherwise used, except with prior written permission of Futurism. Articles may contain affiliate links which enable us to share in the revenue of any purchases made.
Fonts by Typekit and Monotype.