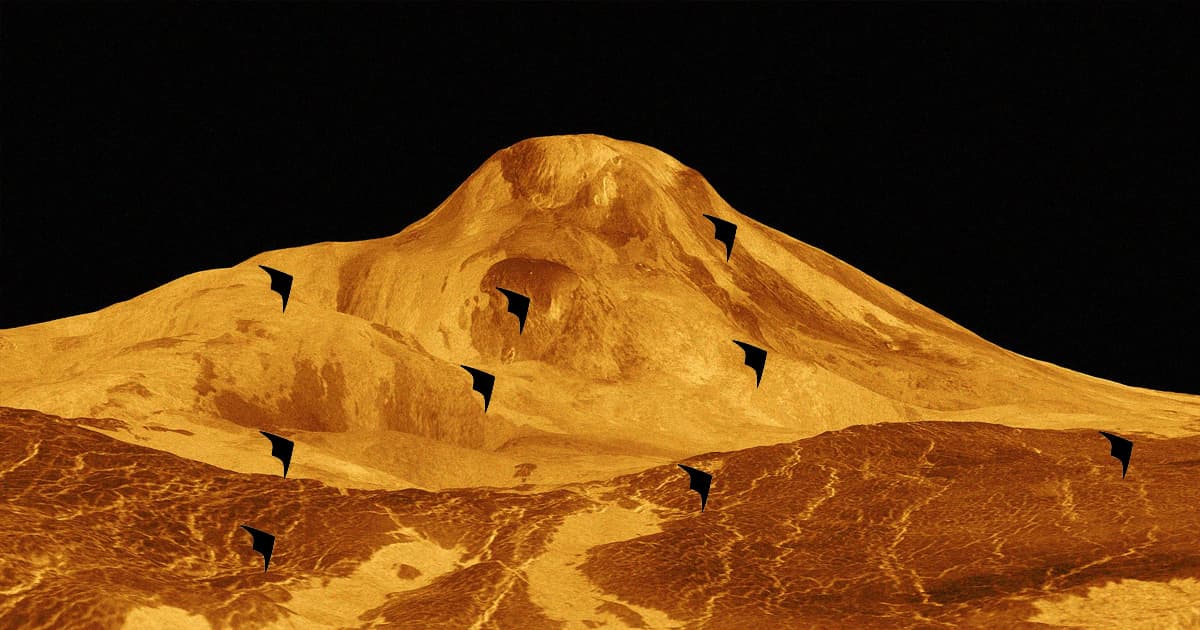 The LEAVES will gently float through the clouds of Venus and report what they find.

The LEAVES will gently float through the clouds of Venus and report what they find.

NASA just funded an unusual project that involves sending a "swarm" of small spacecraft to study the atmosphere of Venus.

The project involves sending a scattershot of tiny, flying sensors called Lofted Environmental and Atmospheric Venus Sensors (LEAVES), which will flutter through the wind and report back on what they find along the way, according to a NASA press release. It's an unusual idea, but the comparatively low-cost spacecraft could make it far more feasible to continue studying a planet that NASA previously described as like "exploring hell."

Leaf on the Wind

Scientists at the Ohio Aerospace Institute designed the LEAVES to look and work like high-tech, lightweight kites that get released from an orbital spacecraft and passively glide through the clouds in Venus' upper atmosphere.

While they're there, embedded sensors and electronics that pick up on atmospheric chemicals will report their findings back to the spacecraft. And then, after about nine hours of expected flight, the LEAVES will have either fallen too low to continue giving useful readings — or they'll be eaten up by the planet's acidic, sulfur-rich environment.

Any LEAVES mission would still be years away — and NASA doled out just $500,000 to further develop the underlying technology, according to a second press release.

But the LEAVES could someday give scientists crucial information on what's happening above the surface of Venus — an area that scientists have previously speculated could be teeming with clouds of floating microbial life.

More on exploring Venus: A Spacecraft Is Going to Hunt Life in Venus' Clouds This Week

Space Lumps
Scientists Say We May Be Extremely Wrong About the Universe
Apr 28
Read More
Into Darkness
Inside NASA's Bold Proposal to Probe the Mysteries of Dark Matter
Mar 11
Read More
Life on Venus
MIT Scientists Say Life May Have Been Detected on Venus After All
12. 21. 21
Read More
+Social+Newsletter
TopicsAbout UsContact Us
Copyright ©, Camden Media Inc All Rights Reserved. See our User Agreement, Privacy Policy and Data Use Policy. The material on this site may not be reproduced, distributed, transmitted, cached or otherwise used, except with prior written permission of Futurism. Articles may contain affiliate links which enable us to share in the revenue of any purchases made.
Fonts by Typekit and Monotype.