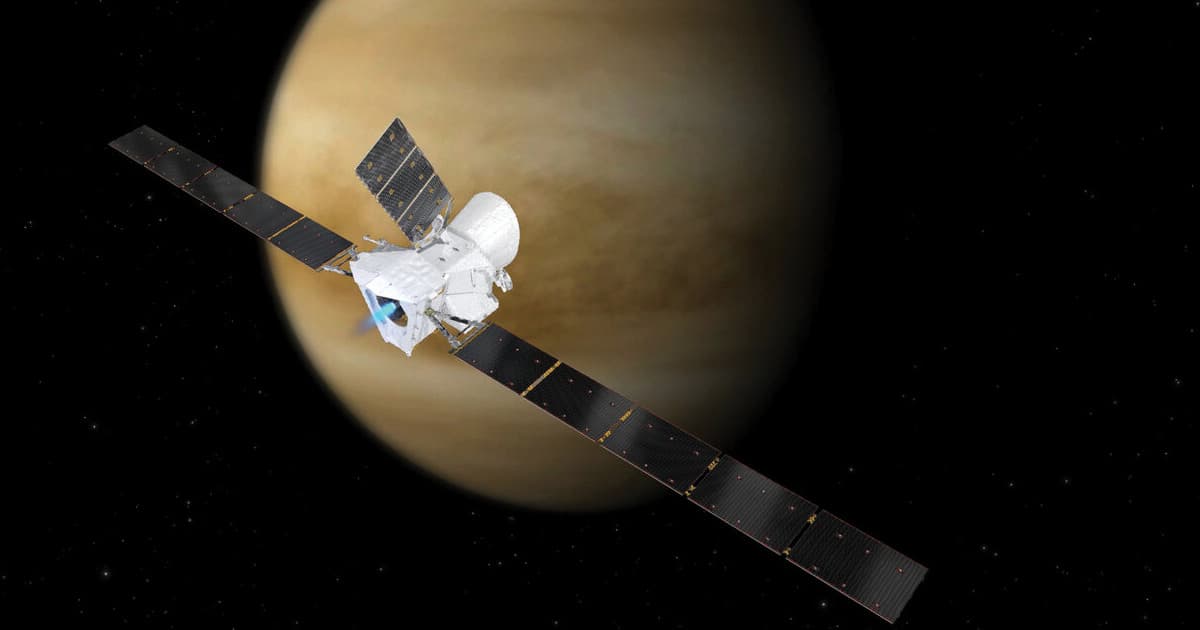 "The closer we get, the better the signal."

"The closer we get, the better the signal."

Late Wednesday night, a space probe named BepiColombo will sail past Venus and scan its atmosphere for signs of life.

It’s remarkable timing, as NBC News reports: BepiColombo’s maneuver has been planned for years, but just last month scientists found signs of phosphine in Venus’ atmosphere, a tantalizing potential sign of life in the hostile planet’s clouds. The space probe may not come close enough to Venus to pick up on such a faint phosphine signal, but either way, its flyby will provide the best direct evidence scientists have to work with as they scramble to make sense of last month’s discovery.

Fortuitously, BepiColombo will return to Venus next August. When that happens, NBC reports, it will come within 400 miles of the surface, where it will be able to get better readings of whatever’s going on in the atmosphere.

“We will use the lessons learned from this flyby to optimize our observing strategy for the next flyby,” Jörn Helbert, a researcher at the German Aerospace Center’s Institute of Planetary Research in Berlin who works on BepiColombo, told NBC. “The closer we get, the better the signal.”

Because this week’s flyby will bring the spacecraft a formidable 6,700 miles from the surface, BepiColombo will likely be too far away to detect the trace amounts of phosphine that were picked up last month. But it will fare better at looking for sulfur dioxide, NBC reports, which would indicate that there are active volcanos on the surface.

It’s fortunate timing, but BepiColombo’s real destination is Mercury, so scientists are now trying to make do with the brief stop at Venus as best they can.

Space Lumps
Scientists Say We May Be Extremely Wrong About the Universe
Apr 28
Read More
Into Darkness
Inside NASA’s Bold Proposal to Probe the Mysteries of Dark Matter
Mar 11
Read More
Life on Venus
MIT Scientists Say Life May Have Been Detected on Venus After All
12. 21. 21
Read More
+Social+Newsletter
TopicsAbout UsContact Us
Copyright ©, Camden Media Inc All Rights Reserved. See our User Agreement, Privacy Policy and Data Use Policy. The material on this site may not be reproduced, distributed, transmitted, cached or otherwise used, except with prior written permission of Futurism. Fonts by Typekit and Monotype.