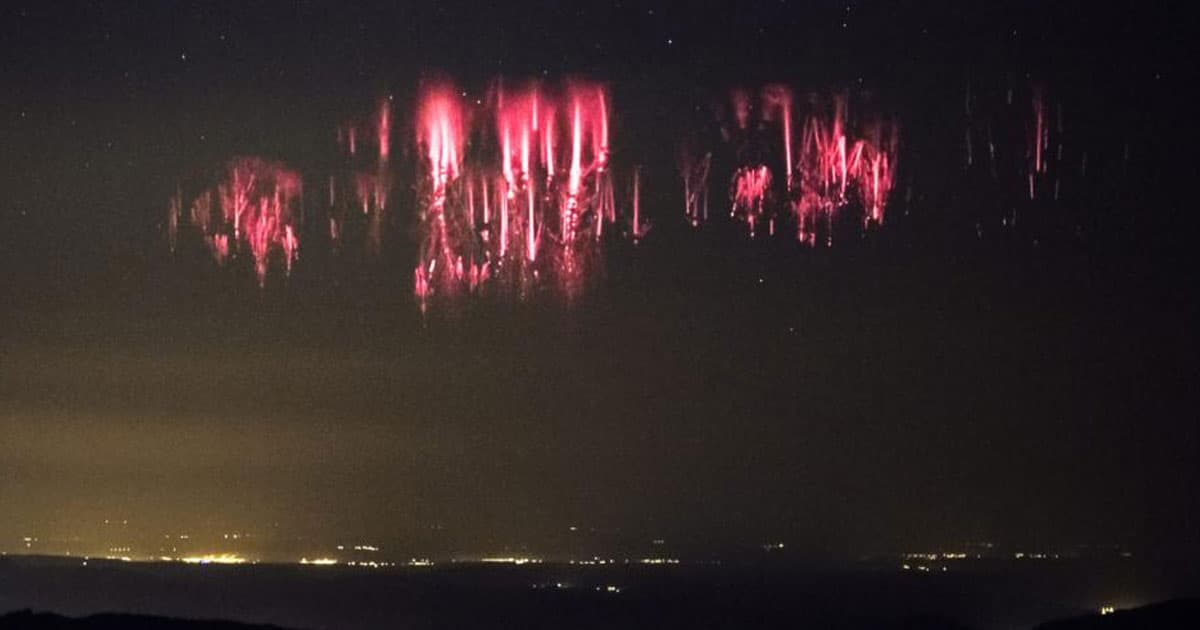 Goin' up to the spirit in the sky.

Goin' up to the spirit in the sky.

NASA is crowdsourcing photos from civilians to study a mysterious aerial phenomenon that stumped scientists have dubbed "sprites."

The agency announced the convening of its latest "citizen science project," which they're calling "Spritacular" and which will source images of the fascinating — and yes, vaguely otherworldly-looking — sprite phenomenon, as well as other Transient Luminous Events (TLEs) that can occur in proximity to thunderstorms and produce strange flashes of light.

"People capture wonderful images of sprites, but they're shared sporadically over the internet and most of the scientific community is unaware of these captures," Dr. Burcu Kosar, a NASA space physicist and the new project's principal investigator, said in the agency's statement. "Spritacular will bridge this gap by creating the first crowdsourced database of sprites and other TLEs that is accessible and readily available for scientific research."

What are those red filaments in the sky? They are a rarely seen form of lightning confirmed only about 35 years ago: red sprites. Research has shown t...

As NASA notes, this incredible phenomena wasn't named or documented in modern photos until 1989, when University of Minnesota researchers captured them "by sheer accident" while testing low-light film equipment ahead of a rocket launch.

"It wasn't a very high resolution or fast camera — they just captured two luminous blobs above a nearby thunderstorm," Kosar illuminated. "The whole field was kickstarted because a camera was pointed in the right direction at the right time."

After scientists dubbed these beautiful phantasms "sprites" after the mythical beings from European folklore, the naming convention stuck, with other scientists naming fellow TLEs things like Elves, Blue Jets, and Halos.

While there's now documentation of these phenomena, scientists still struggle to understand why they happen — and are looking to NASA-enthused citizen scientists and photographers for help figuring that out.

At Spritacular's brand new website, those who think they've captured a sprite or other TLE are encouraged to create an account and upload their images, along with specifics about the time the photos were taken and their locations.

"The broader goal of Spritacular is to foster a mutual exchange between observers of TLEs and the scientific community," the NASA update notes, "and to inspire citizen scientists all around the world to participate in the investigation of these elusive events."

Now that's a crowdsourcing effort we can get behind.