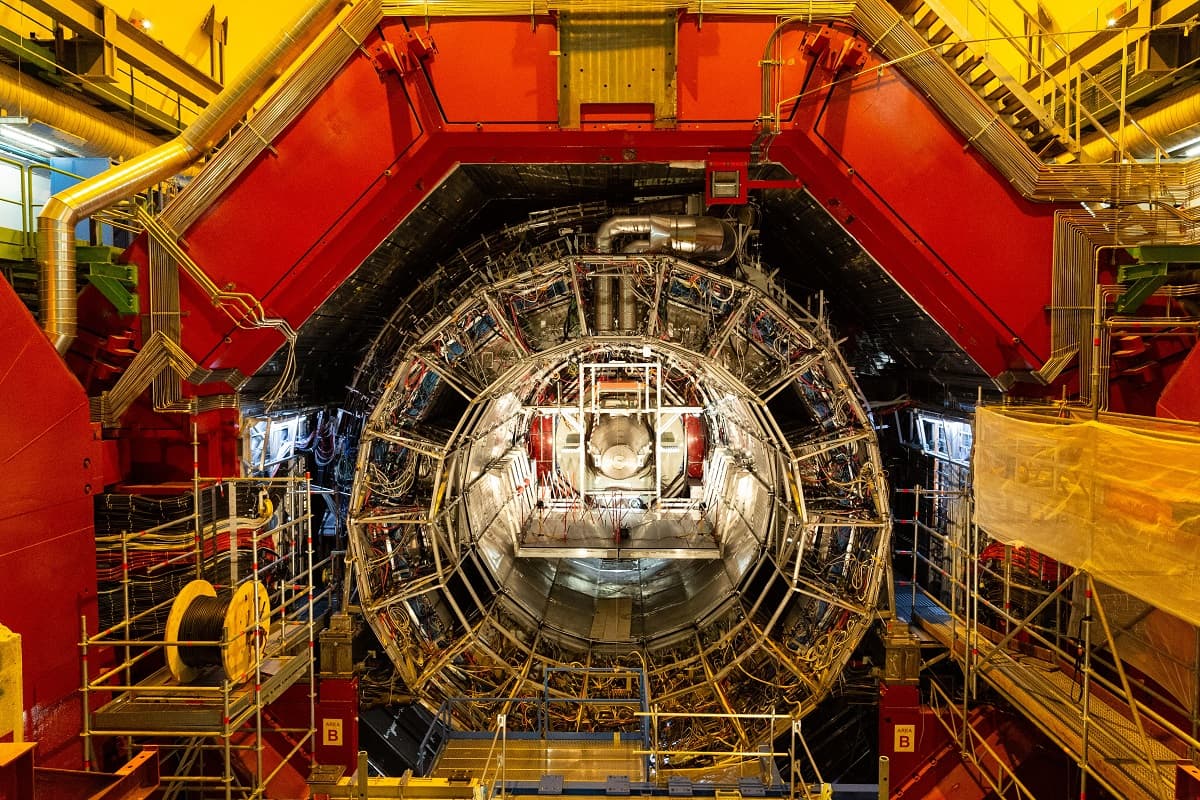 CERN recently fired up its Large Hadron Collider for the first time in three years, discovering fascinating new particles in the process. At the same time, many conspiracy theorists have glommed onto the project, dubiously alleging that CERN's device is somehow altering or damaging the very fabric of reality.

The many conspiracies around the particle collider have been, uh, interesting — to the degree that it's hard to tell if some are parody (one viral TikTok even alleges that the facility somehow altered the spelling of Oreos' beloved 'Double Stuf' cookies.)

Now, Vice reports that all these bizarre accusations are spurring CERN scientists to try to counter the misinformation.

"Look, bro, just because you misremembered something does not mean CERN is going around changing your Oreos," Clara Nellist, a CERN particle physicist, retorted in a video reply. "There are much higher energy particle collisions happening in our atmosphere all the time. What CERN is doing is tiny in comparison. I can promise you we're not going around changing the labels on your food."

As Vice reports, a lot of these online theorists are fixated on the phenomenon of mass cultural misremembering known as the Mandela effect.

To the credit of CERN conspiracy theorists, the Mandela effect is a documented phenomenon, at least on a psychological level. Though classic Oreos' thicker twin has always been spelled 'Double Stuf,' there are some pretty striking examples of collective false memory.

Still, the Mandela effect is almost certainly caused by the fallacies of memory itself, not the Large Hadron Collider. And to that point, there's zero evidence that CERN's device is opening inter-dimensional portals, nevermind literally unleashing hell on Earth, as some particularly fringe conspiracy theorists have claimed.

But despite the controversy, Nellist appears to be taking the high road.

"I think we should [to some extent] be honored and happy that we're capturing the imagination of people because we're at the forefront of science," the physicist's comments continued. "People are interested in what we're doing."