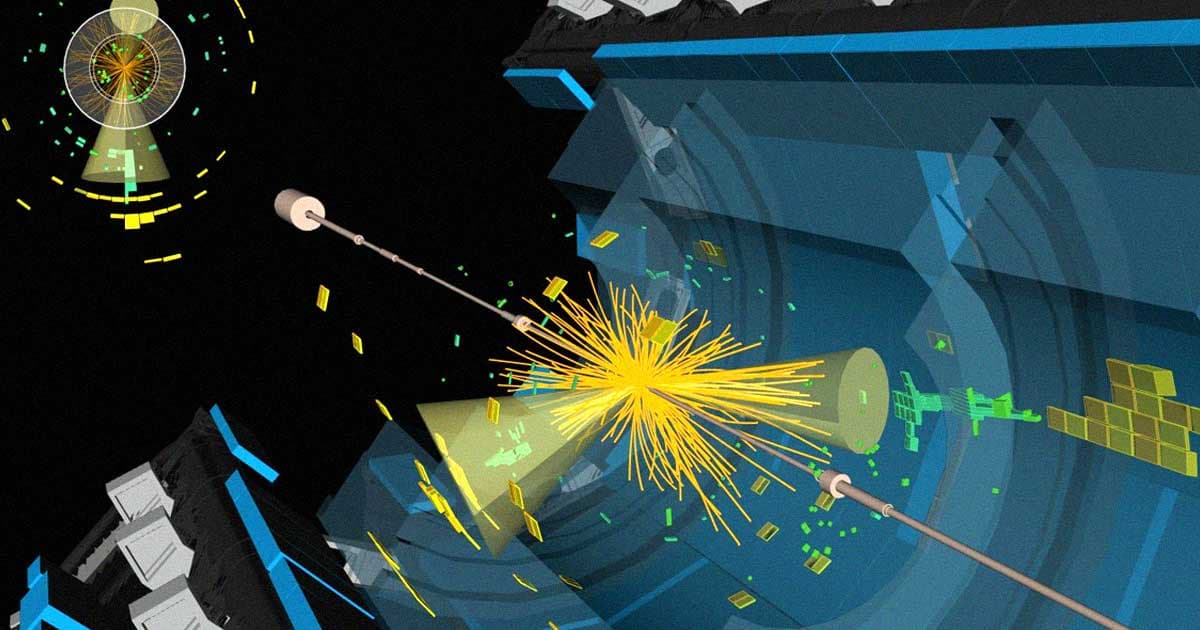 "We’re witnessing a period of discovery similar to the 1950s."

"We’re witnessing a period of discovery similar to the 1950s."

Just as news started to circulate that CERN was firing up the Large Hadron Collider for the first time in three years, scientists there announced that they had observed three new "exotic" particles.

Their findings, presented today at a CERN seminar? A new type of "pentaquark" and the first-ever pair of "tetraquarks," with one of the pair being a new type of tetraquark entirely.

"The more analyses we perform, the more kinds of exotic hadrons we find," said Large Hadron Collider beauty (LHCb) physics coordinator Niels Tuning in a CERN press release. "We’re witnessing a period of discovery similar to the 1950s, when a ‘particle zoo’ of hadrons started being discovered and ultimately led to the quark model of conventional hadrons in the 1960s. We’re creating ‘particle zoo 2.0’."

Quarks are subatomic "elementary particles," believed to be the fundamental building blocks of matter. Typically found in combinations of two to three quarks called hadrons, they're more rarely found in groups of up to four or five, or tetraquarks and pentaquarks.

What makes these new quarks special is their charm. Literally.

"Exotic" quarks like these tend to be composed of what's called a charm quark and a charm antiquark. The remaining quarks are either up, down, or strange quarks/antiquarks.

This newly observed pentaquark, however, is made up of a charm quark, charm antiquark, an up and down quark, and — bear with the terminology here — a strange quark. This is the first time a strange quark as been found in a pentaquark, according to CERN. As for the tetraquark, it's unique not only because it's the first to be found in a pair, but also that it's doubly electrically charged.

The LHC was used in the groundbreaking 2012 discovery of the so-called "God Particle," or the Higgs boson, a particle whose existence had hitherto only been predicted by the Standard Model of physics. The discovery earned François Englert and the eponymous Peter Higgs the Nobel Prize in Physics for predicting its existence back in 1964.

Read more: Observation of a strange pentaquark, a doubly charged tetraquark and its neutral partner.

Big and Small
New Theory Throws Out Einstein's Theory of General Relativity
12. 11. 20
Read More
Atom Smash!
Vast New Particle Accelerator Would Dwarf Large Hadron Collider
1. 15. 19
Read More
CERN Researchers Are Planning to Trap and Truck Antimatter From One Facility to Another
2. 23. 18
Read More
+Social+Newsletter
TopicsAbout UsContact Us
Copyright ©, Camden Media Inc All Rights Reserved. See our User Agreement, Privacy Policy and Data Use Policy. The material on this site may not be reproduced, distributed, transmitted, cached or otherwise used, except with prior written permission of Futurism. Articles may contain affiliate links which enable us to share in the revenue of any purchases made.
Fonts by Typekit and Monotype.