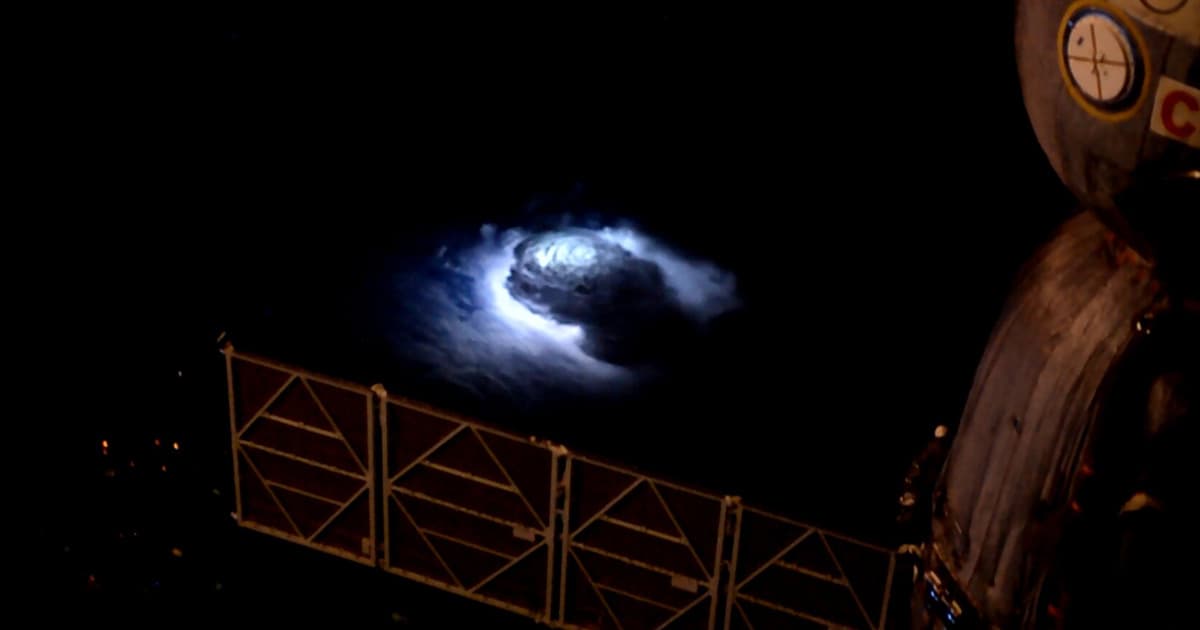 Space Station Captures Amazing Footage of Lightning From Above

Sensitive storm-chasing equipment on the International Space Station caught a dazzling light show on video as it watched the electrical activity of a thunderstorm from above.

The recordings, which were captured by the European Space Agency's Atmosphere-Space Interactions Monitor (ASIM), help reveal how lightning originates and even how storms can distribute greenhouse gases through the atmosphere, according to research published Wednesday in the journal Nature.

But just as importantly, the orbital view provides a really, really cool look at electrical storms — from a perspective you've never seen before.

The video, which can be found in a European Space Agency press release, shows an unusual phenomenon called blue jets — blue-colored lightning blasts that shoot upward from storm clouds into the highest regions of the stratosphere.

Then, after a few quick flashes of light, the video shows what scientists call "elves," or rings of electrical activity that burst outward from a storm way up in the ionosphere. Seeing blue jets and elves from space is difficult since they pass so quickly, and spotting them from Earth is nearly impossible due to cloud cover.

The inherent difficulty in even spotting these light shows, as their mythological names suggest, makes them extremely hard to study and understand. But now, with these ASIM recordings, scientists are beginning to make sense of what's actually going on in the upper atmosphere.

"This paper is an impressive highlight of the many new phenomena ASIM is observing above thunderstorms," European Space Agency Physical Sciences Coordinator Astrid Orr said in the press release, "and shows that we still have so much to discover and learn about our Universe."