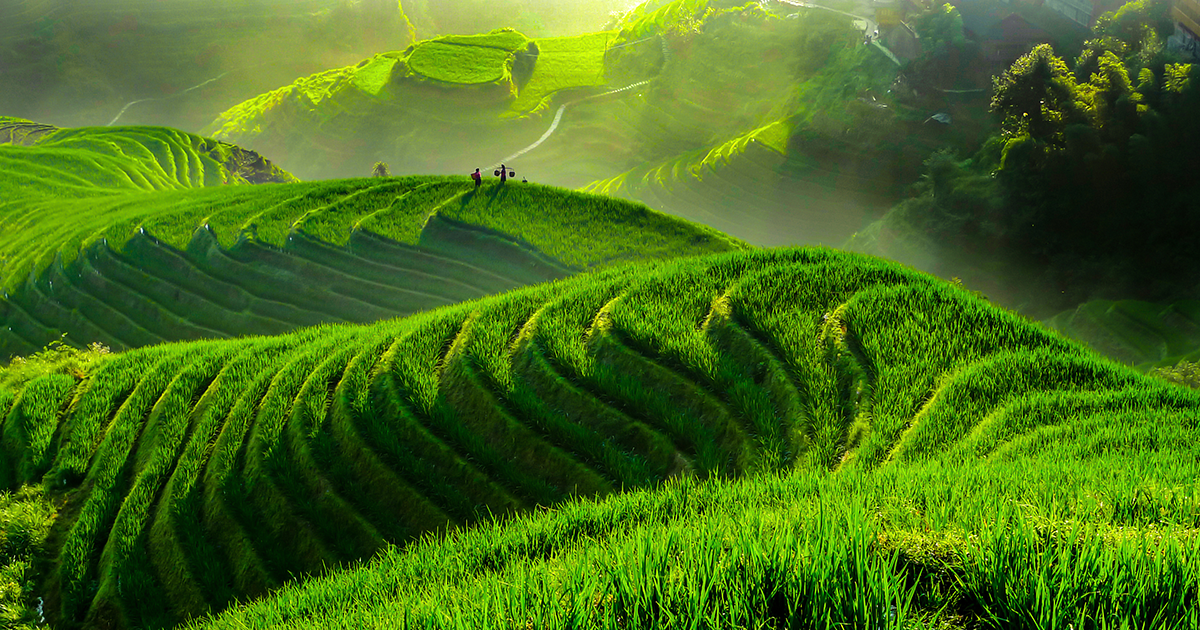 Getting nitrogen in the form of fertilizer into the soil of crops has always been a problem, one way or another.

While scientists have come up with industrial methods of generating fertilizers to meet our increasing agricultural needs, some of them tend to use a lot of natural gas — something that can’t be ignored in the wake of a growing climate crisis.

Now, scientists in China claim to have developed a strain of rice that not only uses nitrogen more efficiently, but grows faster and yields more crops as well.

Their goal was to lessen the crop's reliance on nitrogen, thereby vastly reducing the environmental impact of fertilizers.

"The excessive use of nitrogen fertilizer to enhance agricultural production poses serious threats to both human health and the environment," the team of Chinese genetic engineers warn in their new paper, which was published in the journal Science last month.

The scientists used a previous analysis of transcription factors — proteins responsible for the expression of genes — and identified 118 of them that may be regulators of photosynthesis.

With further screening, the researchers narrowed the pool down to a single distinctive transcription factor that, in addition to regulating photosynthesis, controls the use of nitrogen. Sounds like a slam dunk!

The research didn’t end at the lab, though. Between 2018 and 2021, the scientists tested their transgenic rice in three different fields across China.

And their findings were astonishing: the plants had a yield 41.3 percent to 68.3 percent higher than wild-type rice, even when there was less nitrogen available.

The modified rice plants also produced up to 40 percent more grain as compared to control crops.

While the results may sound extremely promising, it’s not the first time that genetically engineered rice has been touted as a panacea to our problems.

Not too long ago, Golden Rice looked like it was going to save impoverished children from suffering from Vitamin A deficiency. The lack of widespread adoption, however, meant that its stated goals could never be realized.

In short, we'll have to wait and see how this research pans out because it's not the first to make similar claims — but it sounds promising, nonetheless.

Read This Next
Big Fellas
George Church Has Raised $15M to Bring an Elephant-Mammoth Hybrid to Life. Could It Actually Work?
Futurism
Changing Regulations Mean Genetically Modified Meat Could Soon Be on Your Plate
Futurism
A Look Into the Restorative Power of Genetic Engineering
More on Earth & Energy
Apocalypse Now
Yesterday on futurism
Horrific Simulation: Nuclear War Would Kill Five Billion People
Bear Trip
Yesterday on the byte
Bear Eats Hallucinogenic Honey, Has Wild Trip
Super Plankton
Monday on the byte
Scientists May Be Able to Fight Global Warming by Supercharging Plankton
READ MORE STORIES ABOUT / Earth & Energy
Keep up.
Subscribe to our daily newsletter to keep in touch with the subjects shaping our future.
+Social+Newsletter
TopicsAbout UsContact Us
Copyright ©, Camden Media Inc All Rights Reserved. See our User Agreement, Privacy Policy and Data Use Policy. The material on this site may not be reproduced, distributed, transmitted, cached or otherwise used, except with prior written permission of Futurism. Fonts by Typekit and Monotype.