Another step forward in xenotransplants. 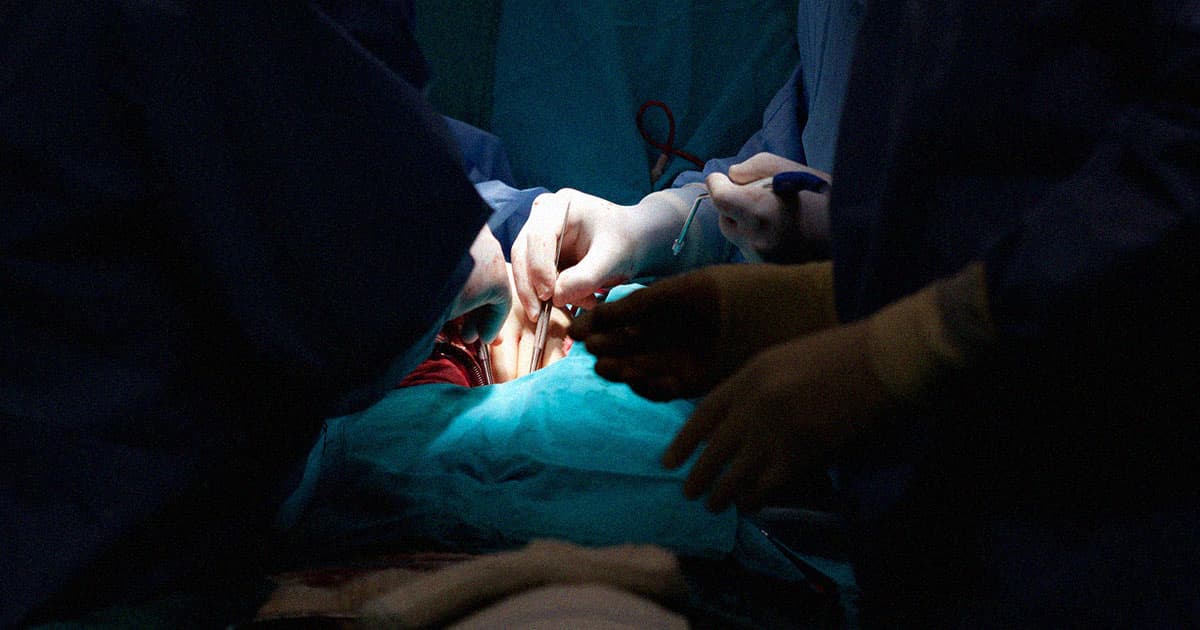 A team of surgeons at NYU Langone successfully transplanted genetically engineered pig hearts into two patients who had recently been declared deceased from brain death.

The procedures, known as xenotransplants, were performed June 19 and July 9, and marked an important step forward in animal-to-human transplantation. Neither of the recipients displayed any signs of rejecting the new hearts over the course of the three days they were monitored post-surgery, and were able to function without "additional mechanical support," according to the medical center's press release.

The pig hearts had 10 genetic modifications to prevent rejection by the recipient's body, and were inspected for any potential porcine viruses.

While a xenotransplant was successfully performed in October last year, also in a brain dead patient, it was with a genetically engineered pig kidney. And in January, a genetically modified pig heart was transplanted into a living man, but tragically, the recipient passed away in March.

To prevent devastating losses like those in the future, NYU Langone Transplant Institute director Robert Montgomery says that by performing these xenotransplants in recently dead recipients, scientists can better understand how a human body tolerates pig hearts to make the procedure safer for living patients.

"We can do much more frequent monitoring and really sort of understand the biology and fill in all of the unknowns," Montgomery told CNN.

Montgomery, who is a recipient of a human heart transplant himself, hopes that his team’s research and others like it will alleviate an already overburdened organ donation system. According to the Organ Procurement and Transplantation Network, there are currently 105,913 people on the organ waiting list, and an average of 17 of them die each day waiting for a transplant.

"Our greater purpose is to address the organ shortage and provide another option for the more than 100,000 people nationwide waiting on that lifesaving gift," Montgomery said in a statement. "The paradigm of whole-body donation — when organ donation is not a viable option — is critical to this work moving forward. We are so grateful to the families who volunteer to participate in this research, which will lead to saving untold thousands of more lives."

The first recipient of the pig hearts in June was 72-year-old Lawrence Kelly of Pennsylvania, whose family donated his body after he was declared brain dead, according to CNN. In July, the surgical team performed the procedure again on 64-year-old Alva Capuano of New York, also deceased.

Kelly was declared brain dead after a car crash. His fiancé, Alice Michael, agreed to donate his body.

"When they asked me, I didn't have to think twice about it," Michael told CNN. "I just automatically said yes, because I knew it was groundbreaking research, and I know he would have wanted it. It was hard because I had to wait to bury him. But in the long run, maybe he can help a lot of people."

Much more research will need to be done in the yet burgeoning field of xenotransplantation before it's anywhere near safe or ubiquitous, and there are still ethical questions to be wrestled over. But hopefully, as the field advances, the lives of thousands of waiting recipients can be saved in the future.

More on transplants: Doctors Transplant Ear That Was 3D Printed With Patient's Own Cells