"It was either die or do this transplant." 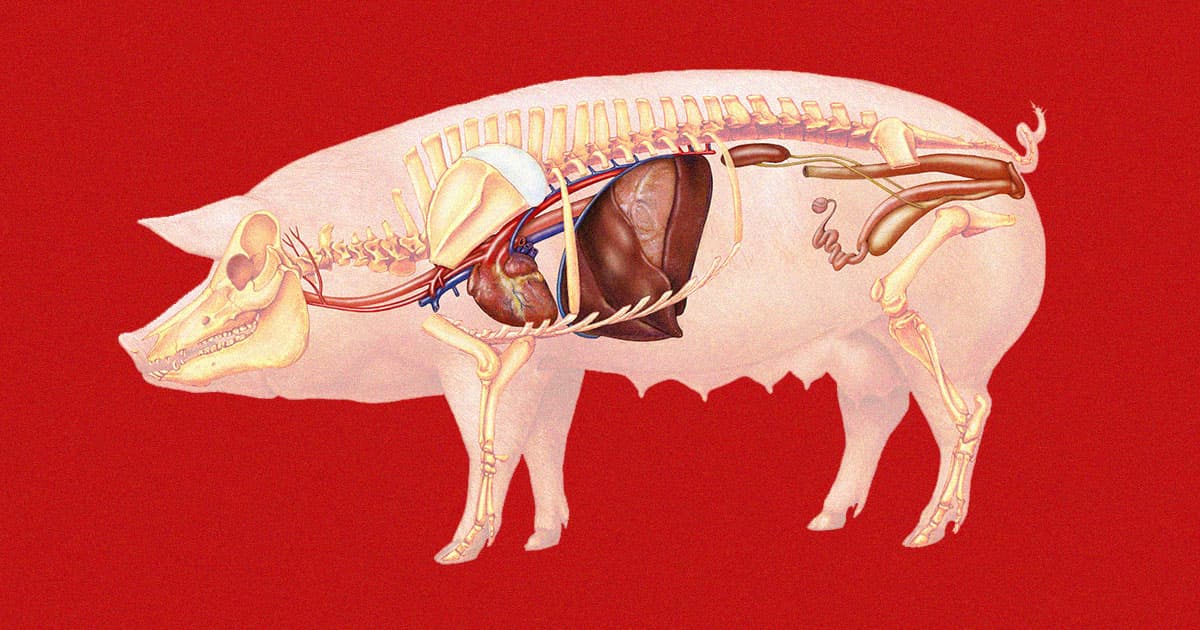 For the first time ever, a team of US surgeons have transplanted a genetically modified pig heart into a living human — a huge milestone in the endeavor to solve a persistent organ shortage.

"It was either die or do this transplant," Bennett told the BBC. "I know it's a shot in the dark, but it's my last choice."

The team at the University of Maryland Medical Center had to get special permission from US regulators to carry out the procedure, based on the argument that Bennett would have died without the intervention. As a result of his extremely poor condition, Bennet wasn't eligible for a human transplant.

To pull it off, scientists had to knock out genes that would have caused the pig heart to be rejected by Bennett's body.

Growing transplant organs in animals could be hugely beneficial. According to the Health Resources & Services Administration, 17 people die each day while waiting for an organ transplant in the US.

Health practitioners also wouldn't have to be flown across the country on tight deadlines to recover donor organs.

The news comes after US surgeons successfully transplanted a kidney from a pig to a human last year. The pig was similarly genetically modified to grow a kidney that would be accepted by a human body.

Hopefully, Bennett will pull through — but there are no guarantees, as this is uncharted territory.

"He's at more of a risk because we require more immunosuppression, slightly different than we would normally do in a human-to-human transplant," Christine Lau, chair of the department of surgery at the University of Maryland School of Medicine, told the BBC.

"How well the patient does from now is, you know, it's never been done before so we really don't know," she added.

More on pig organs: Doctors Successfully Transplant a Pig Kidney to a Human for First Time Ever