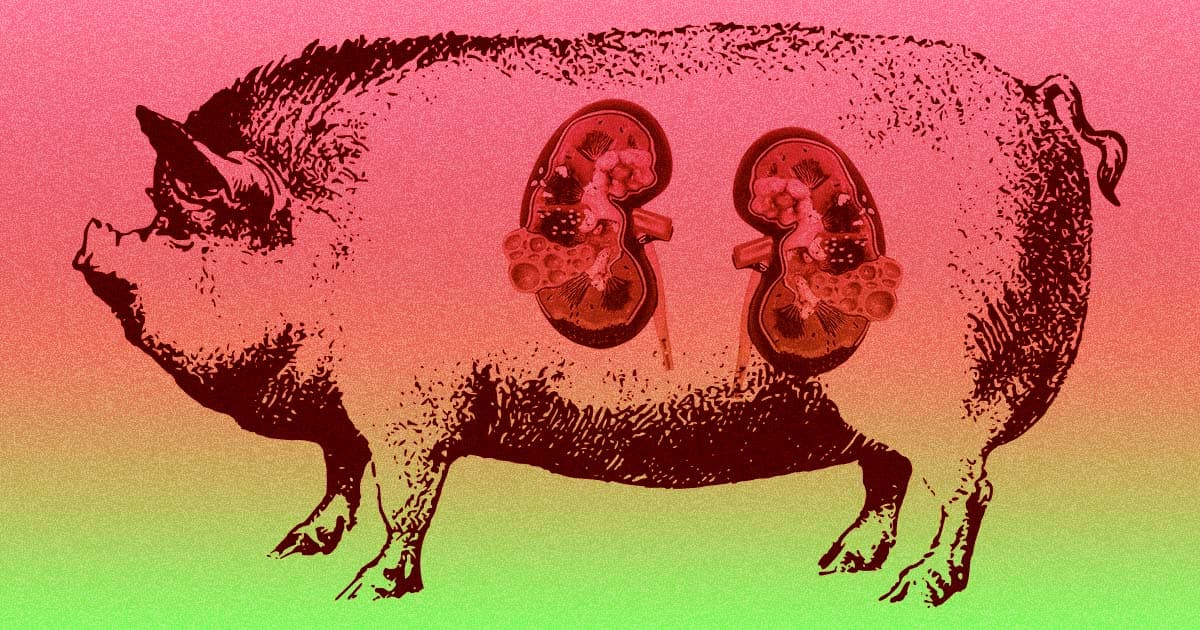 For the first time ever, doctors have successfully transplanted a kidney from a pig to a human — and, they say, the organ functioned normally.

The procedure occurred between a genetically-altered pig and a brain dead human patient at NYU Langone Health, according to The New York Times. The pig was genetically engineered to grow a kidney that would be accepted by a human body. The organ was then attached to the patient’s blood vessels in the upper leg, outside of the abdomen, where the researchers observed it functioning normally.

"It was better than I think we even expected," Dr. Robert Montgomery, director of the NYU Langone Transplant Institute, told the NYT. Montgomery helped perform the procedure in September and told the paper that it "looked like any transplant I’ve ever done from a living donor. A lot of kidneys from deceased people don’t work right away, and take days or weeks to start. This worked immediately."

The surgery is now being hailed as a medical and scientific milestone — albeit with some caveats — especially because doctors have been speculating about pig-human transplants for years.

"This is a huge breakthrough," Dr. Dorry Segev, a professor of transplant surgery at Johns Hopkins School of Medicine who was not involved in the transplant, told the NYT.  "It’s a big, big deal."

However, Segev added that there was more research needed to confirm the efficacy of the procedure.

"We need to know more about the longevity of the organ," he said.

Experts are also concerned that the patient’s body might eventually reject the new kidney, since long-term organ rejection can happen even with well-matched donor organs, and "even when you’re not trying to cross species barriers," Dr. David Klassen, chief medical officer of the United Network for Organ Sharing, told the NYT.

The process of transplanting organs and limbs between species is known as xenotransplantation. While organs from animals such as chimpanzees and pigs have been largely ineffective at sustaining the human body long-term in the past, many see gene-editing technology as the key to successful transplantation.

Of course, this is likely to bring up a host of issues surrounding the ethics of raising pigs for the express purpose of harvesting their organs. However, roughly 100 million pigs are already slaughtered each year in the US for food, according to the NYT. It wouldn’t be that big of a stretch to use the creatures for organs.

In fact, Montgomery told the NYT that the genetically-modified pigs "could potentially be a sustainable renewable source of organs — the solar and wind of organ availability."

Some researchers believe that more genetically engineered pig kidneys could be transplanted into human patients in just a few months' time. For now, the researchers behind the transplant are still gathering data and have yet to publish a paper of their results — but if early results are any indication, they should have a lot to be optimistic about.