A Startup Is Planning Pig-to-Human Organ Transplants This Year

"Our ultimate goal is to essentially have an unlimited supply of organs." 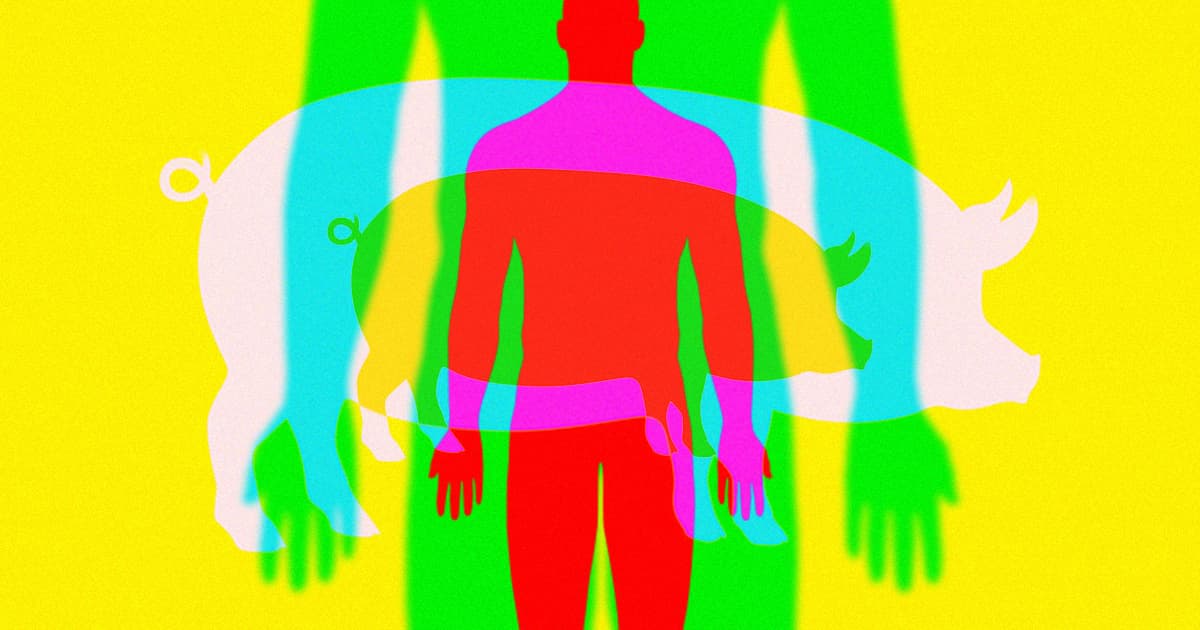 Maryland-based biotech company United Therapeutics is planning to begin transplanting organs from genetically modified pigs into humans — and as soon as this year, as Medium-owned publication Future Human reports.

"We’re right on that cusp. We’re looking to get into humans within the next year or two," David Ayares — the chief scientific officer of United Therapeutics' subsidiary Revivicor — told the publication. "We think we have the pig that is going to be what we bring forward into humans in 2021 or 2022."

The goal is to offset some of the demand for lifesaving organ transplants. Each day, 17 Americans who are on a waitlist for a transplant die, according to the US Health Resources and Services Administration.

But there is one major problem, Future Human reports: transplanting animal organs into the human body can result in severe immune reactions. In other words, the human body rejects the alien tissues.

Revivicor made genetic changes to pigs to stop this reaction in its tracks, by stopping the pig's body from producing a sugar known as alpha-gal that causes the rejection.

Thanks in part to this genetic change, the Food and Drug Administration declared in December that genetically modified pigs are "safe for the general population to eat."

Instead of producing GM pig meat however, Ayares is focusing the company's efforts on creating an "unlimited supply of organs," as he told Future Human.

So far, the company's current test pig has ten genomic modifications and will be part of its upcoming human clinical trials.

Despite the advances, plenty of questions — not to mention moral quandaries — remain about the feasibility of using pigs' organs in human patients.