Oh yeah, and they might use them for organ transplants. 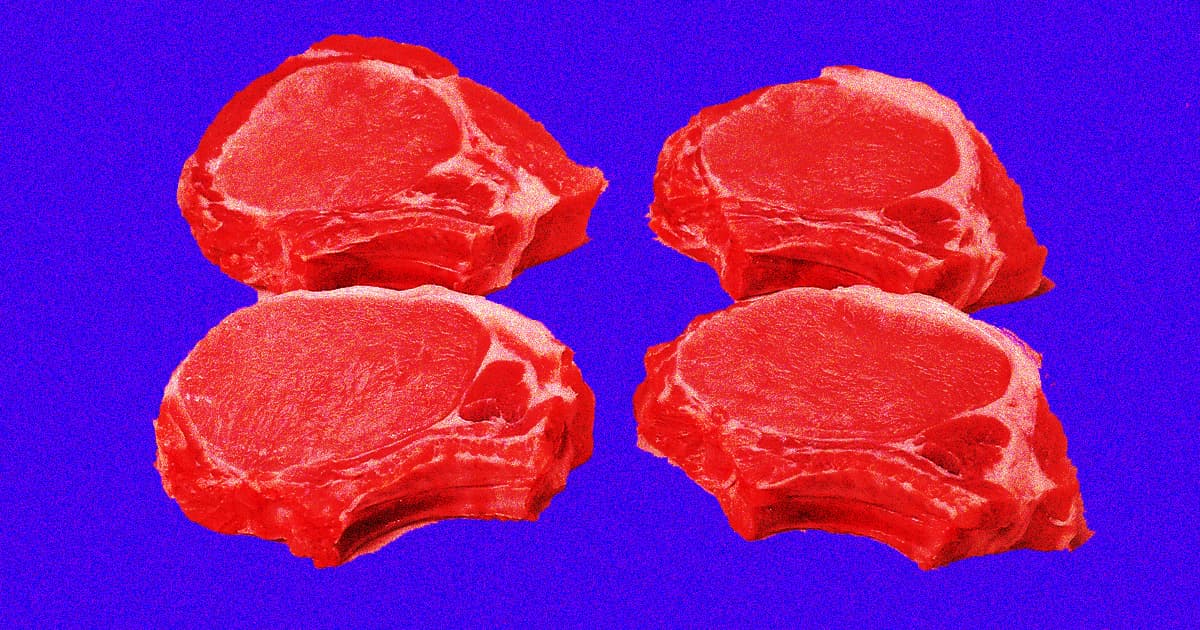 For the second time ever, the U.S. Food and Drug Administration (FDA) approved a gene-hacked animal for human consumption.

In this case, it's the GalSafe pig, CNN reports, a genetically modified swine that's safe even for people with allergies to eat. All in all, it's a fresh sign that genetically-altered animals and sophisticated gene-hacking technology are now becoming commercially viable and entering the mainstream.

"Today's first ever approval of an animal biotechnology product for both food and as a potential source for biomedical use represents a tremendous milestone for scientific innovation," FDA Commissioner Stephen Hahn said in a press release.

The FDA approved its first gene-hacked animal for human consumption — a salmon engineered to grow faster — last year, but the pig is an important first in its own right. It's a land animal, and in addition to food, the pigs could potentially be used to develop pharmaceuticals or as a source of skin or organ transplants, even for patients who would normally be allergic.

"As part of our public health mission, the FDA strongly supports advancing innovative animal biotechnology products that are safe for animals, safe for people, and achieve their intended results," Hahn added.

Typically, pig cells are coated by sugar molecules called alpha-gal. That isn't a problem for most people, CNN reports. But in some cases, the immune system's response to a particular tick bite can actually trigger a new allergy to alpha-gal. The allergy makes it dangerous to eat pork or red meat and, more urgently, makes it impossible to use pharmaceuticals derived from pigs as well.

There's an additional regulatory process that needs to be completed before the pigs could be used for organ transplants, according to CNN. But cuts of their meat could be available for purchase in the very near future.

More on gene-hacked animals: FDA Allows Genetically Modified Salmon Imports in the US