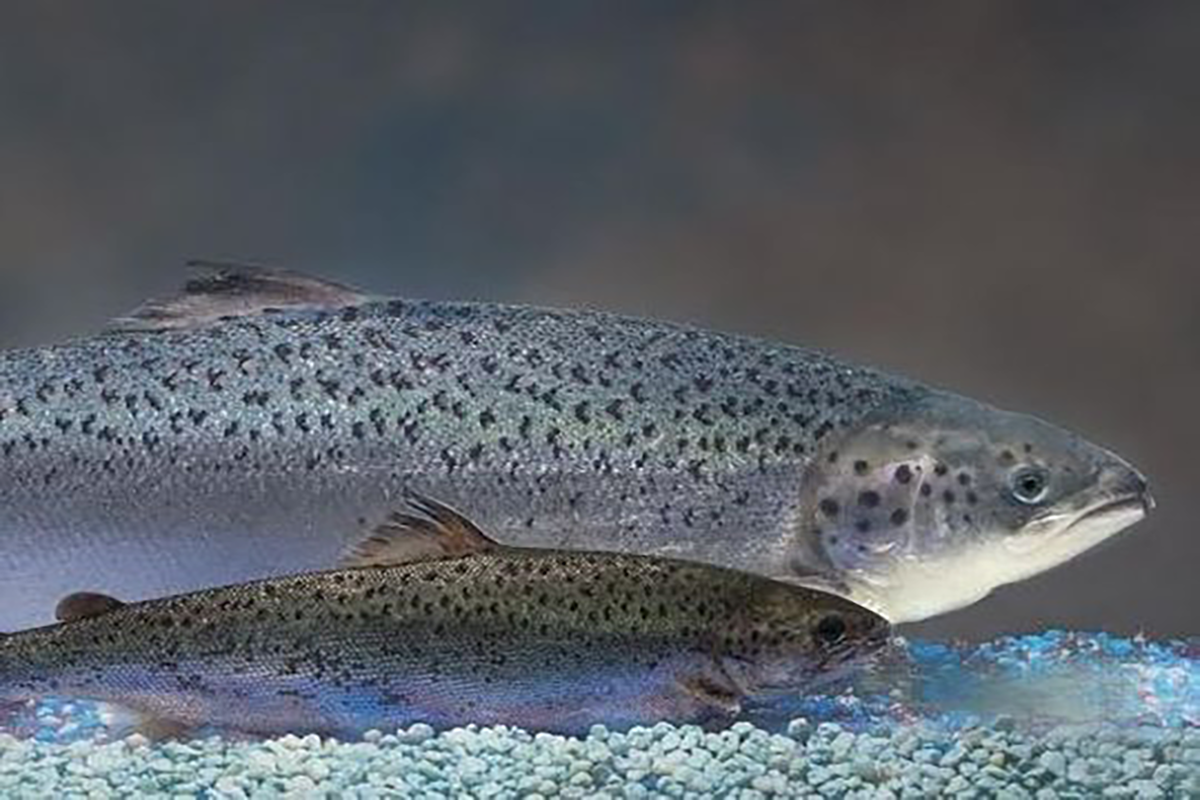 FDA Allows Genetically Modified Salmon Imports in the US

Some are ready to take a bite, others call it a "Frankenfish."

Some are ready to take a bite, others call it a "Frankenfish."

The only genetically modified animal approved by the FDA to be sold as food to humans is about to swim onto shelves in the United States.

After years of debate from US policymakers laying the framework for regulations on bioengineered food, the proper label design expectations have been determined. The FDA announced Friday the rescinding of an import alert which had prevented aquaculture company AquaBounty Technologies from importing the genetically engineered (GE) salmon eggs, according to the Associated Press. The company required the GE salmon roe in order to begin growing genetically modified salmon.

The AquaBounty salmon is almost identical to the typical salmon. The major change is in the fishes' ability to grow. The modified salmon grow and reach market weight twice as fast typical fish, meaning they can be grown and harvested more efficiently. Bringing more fish to the market could help drive down prices while incurring less impact on the environment than cattle ranching.

But not everyone is ready to sink their teeth into GE salmon which some are dubbing, "Frankenfish."

“We think a remedy in our case would stop the sale of the fish before they’re allowed to be sold,” George Kimbrell, legal director for the Center for Food Safety, told the AP. Kimbrell represents a coalition of consumer, environmental, and fishing groups which seek to challenge the FDA's ruling. Still, the FDA has maintained since 2015 that the fish is safe for consumption, is itself self, and does, in fact, reach market weight twice as fast as other salmon. In addition, to allay concerns that the fish might escape, they are bred to be exclusively female and sterile. The facility where the fish eggs are raised is surrounded by salt water in which it is believed the eggs could not survive.

What's in a Label

The decision to lift the import ban was made after US regulators concluded packaging requirements which would mark the fish as having been bioengineered, although the term "genetically modified" may be more familiar to some.

The regulatory framework helps pave the way for other genetically modified animals and foods to make their way to market. The labeling implementation won’t start until 2020, and compliance won’t be mandatory until 2022, the AP wrote. Before long, grocery stores could even have entire sections dedicated to modified foods.

More on GM foods: Strongest Opponents of Gm Foods Know the Least About Them

Rice For All
Scientists Gene Hack Rice to Need Way Less Fertilizer and Boost Yields
8. 1. 22
Read More
Big Fellas
George Church Has Raised $15M to Bring an Elephant-Mammoth Hybrid to Life. Could It Actually Work?
9. 13. 21
Read More
Brands We Love
This High Tech Blender Is the Kitchen Upgrade You Didn't Know You Needed
9. 5. 20
Read More
+Social+Newsletter
TopicsAbout UsContact Us
Copyright ©, Camden Media Inc All Rights Reserved. See our User Agreement, Privacy Policy and Data Use Policy. The material on this site may not be reproduced, distributed, transmitted, cached or otherwise used, except with prior written permission of Futurism. Articles may contain affiliate links which enable us to share in the revenue of any purchases made.
Fonts by Typekit and Monotype.