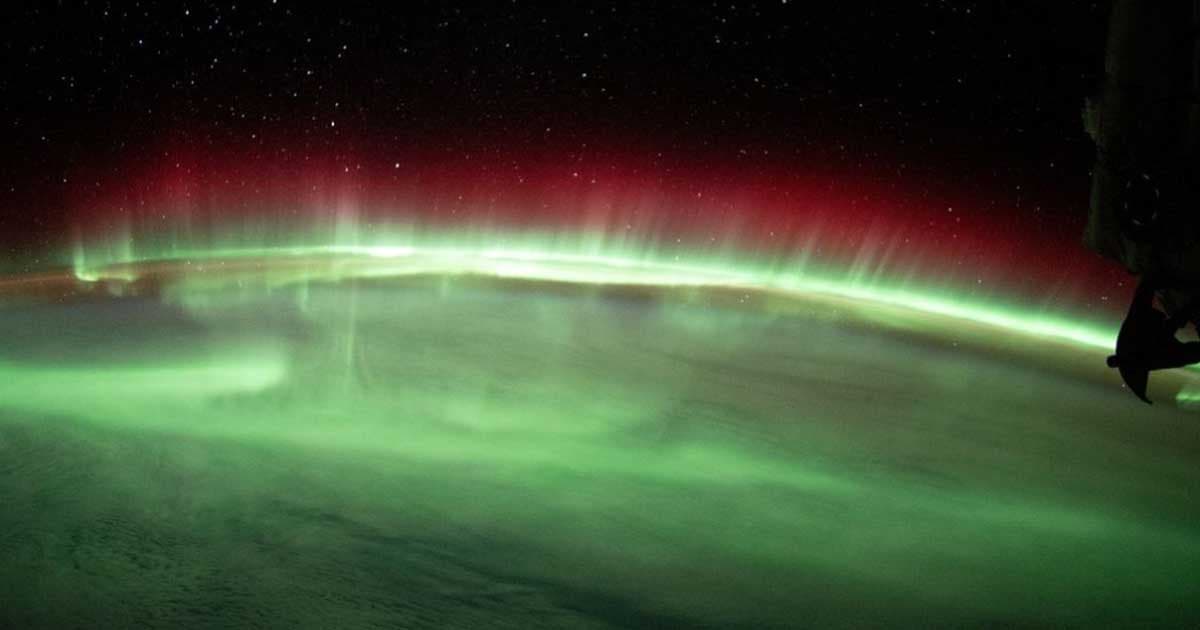 Auroras have never looked this good.

Auroras have never looked this good.

NASA has shared an absolutely gorgeous time lapse filmed from the International Space Station and showing off a rare display: an aurora, following a massive solar storm hitting the Earth's atmosphere, as viewed from above instead of below.

The video shows the station pass over the Indian Ocean, with the Moon rising in the background as a bright beacon of light hiding behind the space station's Canadarm2 robotic arm — and while it's not the first time we've seen such a display, it's a sight that never gets old.

This time-lapse video shows an orbital pass above an aurora-draped Indian Ocean all the way to a moonlit Coral Sea east of Australia. pic.twitter.com/U5pGdtdRvD

As the Sun hits the most turbulent period of its 11-year cycle, our planet is bombarded by highly charged particles that interact with our planet's magnetosphere, releasing energy in the form of light.

Some of these auroras occur at roughly the same altitude as the ISS, meaning that astronauts can sometimes find themselves flying right through the light show itself.

"Thankful for the recent solar activity resulting in these wonderful sights!" NASA astronaut Bob Hines tweeted from on board the space station last month, showing off stunning images of the phenomenon.

So why green in particular?

It's a captivating sight that only a handful of individuals stationed on board the ISS have been able to witness first hand — but at least we've got NASA to rely on for some stunning footage.