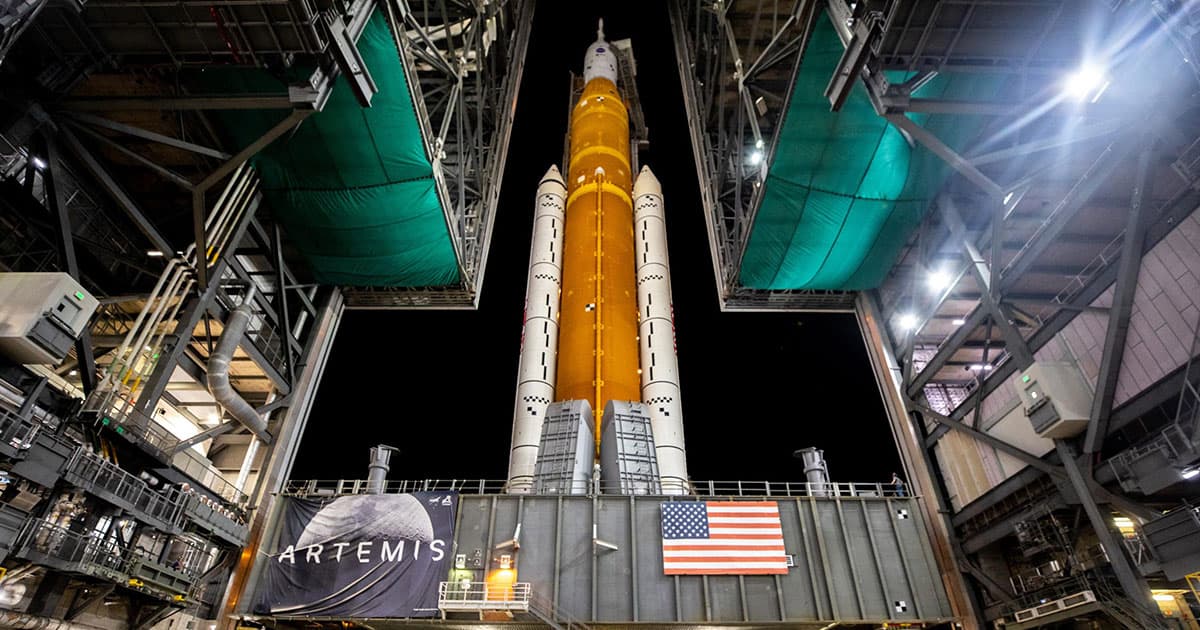 Former NASA Official: Moon Launch This Month May Be "Embarrassing"

"There is not another test flight planned if this doesn't go perfectly."

"There is not another test flight planned if this doesn't go perfectly."

NASA's former second-in-command is once again throwing shade at the agency's uber-expensive and long-overdue Space Launch System (SLS) rocket, due for its inaugural launch next week.

In a new interview with Ars Technica, former NASA deputy administrator Lori Garver said the fanfare surrounding the SLS launch may be giving a misleading impression about the Artemis 1 Moon mission.

"This happy talk of it being completed — just look at the language, the celebration, NASA's planning, and so forth for the launch," she continued, spotlighting the launch's celeb-studded launch schedule. "There is not another test flight planned if this doesn't go perfectly."

In her recent memoir and in interviews surrounding its release, including one with Futurism, Garver has often contrasted the cumbersome SLS with SpaceX's Starship. Per her retelling, Garver was an early SpaceX backer — a stance she says earned her internal derision before NASA eventually got on board, too.

Now, she says that contrast may soon become apparent to the public.

"It will become inevitably embarrassing if Starship is launching dozens of times a year like Falcon 9 is," Garver posited, referring to SpaceX's workhorse current-gen rocket, "and SLS once every two years."

"So then what? You're going to put people on one in two years if the first one didn't go well? I just have never heard anyone talk about that plan," Garver said.

It's certainly not outside the realm of possibility — and we'll know whether the latter of her predictions is correct very soon, given that the SLS long-awaited test launch is scheduled for August 29.

More on the SLS launch: NASA's Moon Mission This Month Will Shoot a Probe Containing Life Into Deep Space