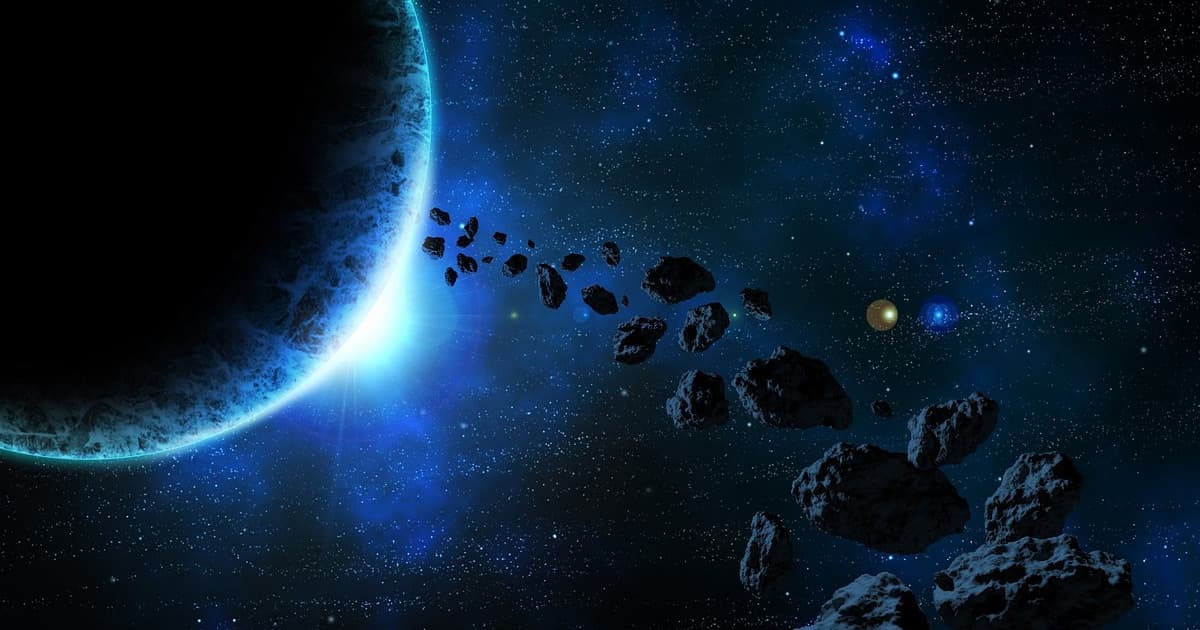 Life May Have Hopped From Earth to Venus on Asteroid, Scientists Say

Plenty of asteroids have already made such a trip — but could life survive it?

Plenty of asteroids have already made such a trip — but could life survive it?

The discovery of phosphine gas, a potential biomarker, in the atmosphere of Venus made a big splash earlier this month, suggesting that life could survive in the Earth-like conditions inside Venus's clouds.

In a recently uploaded preprint, head of Harvard astronomy department Avi Loeb and undergraduate student Amir Siraj argue that the discovery may be chalked up to massive asteroids first grazing the Earth's atmosphere, picking up some microscopic life, and later depositing it in Venus's skies [right?].

In other words, microbial life may have hitchhiked from Earth to Venus via atmosphere-grazing asteroids. In fact, the duo show that plenty of asteroids have already made such a trip in their paper.

"Although the abundance of terrestrial life in the upper atmosphere is unknown, these planet-grazing shepherds could have potentially been capable of transferring microbial life between the atmospheres of Earth and Venus," the paper reads. "As a result, the origin of possible Venusian life may be fundamentally indistinguishable from that of terrestrial life."

It's one of a handful of circulating theories. Other scientists have suggested that rather than originating from Earth, possible lifeforms on Venus may have originated back when Venus was a completely different planet — not the acidic, boiling hellscape it is now.

Yet another team, from MIT, suggests that tiny microbes could be cycling up and down, first falling inside droplets before being swept back up by convection currents inside Venus's clouds.

READ MORE: Earth life may have traveled to Venus aboard sky-skimming asteroid [Space.com]

More on life on Venus: Scientists Speculate About How Life on Venus Could Have Begun