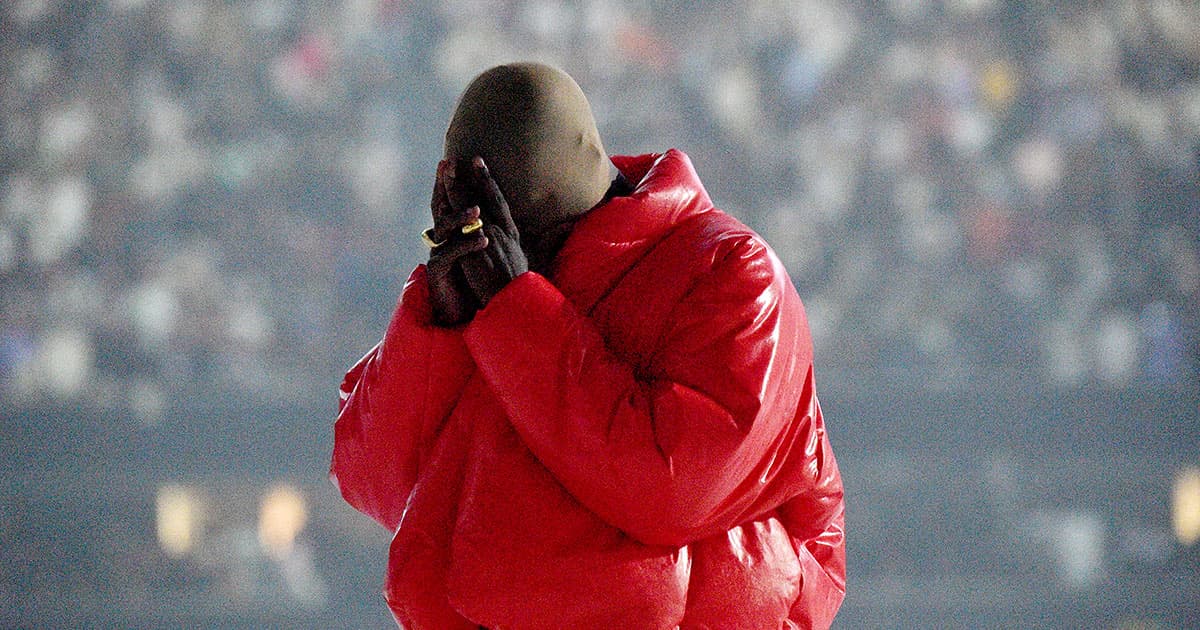 Ye has spoken: He doesn’t want anything to do with NFTs, and would like you to stop asking him about it.

The hip-hop superstar and designer of hideous-yet-inexplicably-successful clothes made a post on his Instagram account to let the world know where he stands on NFTs — and, notably, bucking the trend of celebrity cash grabs around the controversial blockchain tech.

"My focus is on building real products in the real world. Real food. Real clothes. Real shelter," West wrote on a sheet of paper. "Do not ask me to do a fucking NFT."

At the same time, the "Jesus Walks" singer seemed to leave the door open for an NFT in the future by signing off "ask me later."

I Miss the Old Kanye

While West’s post seems to have come out of nowhere, it makes sense. He’s very likely had a ton of different people lobbying him to get involved with NFTs. After all, it seems like every celebrity and their mother seems to be cashing in on the craze.

If there’s anyone who’s going to buck the trend, though, it’s definitely going to be Kanye. So it’s really no surprise that he’s taking such an outspoken stance against the tech.

While he’s had a long and sordid history of problematic behavior and god awful takes, he’s totally within his rights here. Maybe we should all focus on creating real, tangible products rather than "investing" in what seems to be grossly overvalued digital images of ugly animals.

More on Kanye: Kanye Bought Kim Kardashian a Hologram of Her Dead Dad that Says He’s Proud of Her

Sad!
Melania Trump Accused of Secretly Buying Her Own NFT to Avoid Disgrace
Feb 17
Read More
Greenwashing
World Wildlife Foundation Cancels NFT Project After Critics Point Out That It Was Actually a Huge Polluter
Feb 9
Read More
Stoking the Fire
Gaming Exec Says His Customers Are Idiots For Not Understanding How Great NFTs Are
Jan 29
Read More
+Social+Newsletter
TopicsAbout UsContact Us
Copyright ©, Camden Media Inc All Rights Reserved. See our User Agreement, Privacy Policy and Data Use Policy. The material on this site may not be reproduced, distributed, transmitted, cached or otherwise used, except with prior written permission of Futurism. Fonts by Typekit and Monotype.