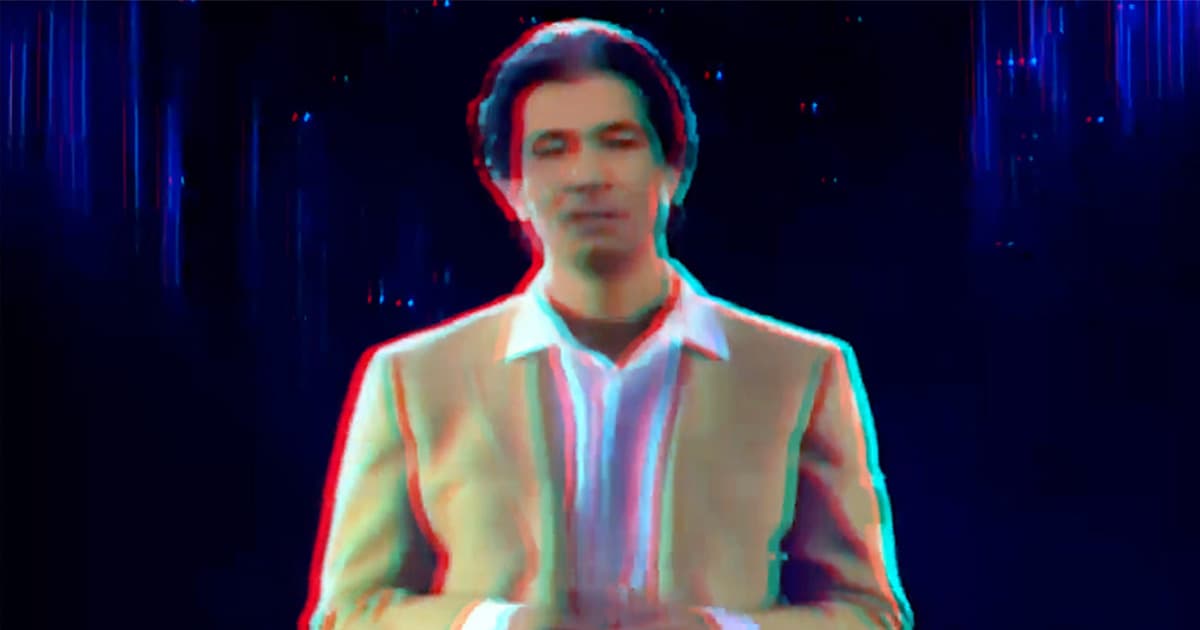 For her 40th birthday, Kim Kardashian's eccentric husband Kanye West gave her an unusual gift: a deepfake hologram of her dead dad, Robert Kardashian — who, history buffs will recall, was OJ Simpson's defense lawyer during his 1995 murder trial.

The hologram, which could dance and speak in the late Kardashian's likeness, spoke to Kim saying that it's "so proud of the woman [she has] become," Business Insider reports. And, of course, in a touch that calls into question who the gift was really for, the hologram of Robert is programmed to add that Kim married "the most, most, most, most, most genius man in the whole world, Kanye West."

The hologram of Robert Kardashian also dances and sings to Barry Mann's "Who Put the Bomp" and makes the occasional fart joke, in addition to complimenting her success both in her career and as a mother.

Kim Kardashian apparently loved the gift, saying that she "watched it over and over, filled with emotion."

For my birthday, Kanye got me the most thoughtful gift of a lifetime. A special surprise from heaven. A hologram of my dad. ✨🤍 It is so lifelike! We watched it over and over, filled with emotion. pic.twitter.com/jD6pHo17KC

The ghost dad hologram itself comes from the production company Kaleida, which uses a special silver-studded gauze called Holonet to reflect light and create the spectral deepfake illusions.

To complete the effect, Business Insider reports, part of the Holonet becomes transparent to create the image of a 3D object in space, while a mix of deepfake programming and motion tracking effects helped the hologram of Robert move around.

Virtual Idol
Thousands of Chinese Fans Paid to See a Virtual Hologram Singer
3. 4. 19
Read More
Never Want To Tour With Your Band Again? Send Your Hologram Instead, Like ABBA Is Doing.
4. 27. 18
Read More
As Scientists Expect, Holometer Finds No Evidence to Support Holographic Principle
12. 7. 15
Read More
+Social+Newsletter
TopicsAbout UsContact Us
Copyright ©, Camden Media Inc All Rights Reserved. See our User Agreement, Privacy Policy and Data Use Policy. The material on this site may not be reproduced, distributed, transmitted, cached or otherwise used, except with prior written permission of Futurism. Fonts by Typekit and Monotype.