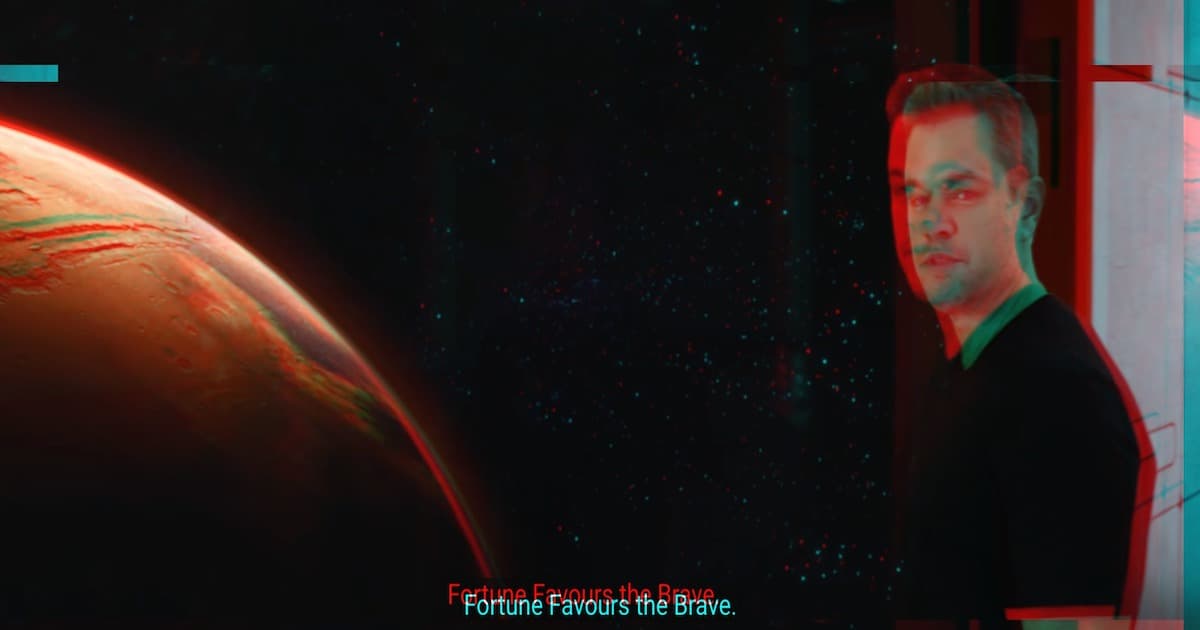 Crypto.com Is Getting Roasted for an Absurdly Self-Important Ad Starring Matt Damon

A new Crypto.com ad that debuted during Sunday evening's football games is getting roasted for star Matt Damon's obtuse portrayal of cryptocurrency.

The ad, with the audacious title "Fortune Favors the Brave," has racked up more than 11 million views on Crypto.com's official YouTube channel since its October debut, but went viral yesterday after its NFL weekend spot. It features the "Goodwill Hunting"  star speaking over an intense, action-movie type soundtrack and telling viewers that crypto investors are just like the storied explorers of history's past — as images flash by of a mountaineer, the Wright brothers, and, strangely, a couple kissing in a night club.

"History is full of almosts," Damon purports in the video. "With those who almost adventured, who almost achieved. But ultimately for them, it proved to be too much. Then, there are others. The ones who embrace the moment and commit."

When the Crypto.com logo appears at the end of the video, as Damon peers over what appears to be a mission to Mars, viewers are to understand they should commit to investing hard-earned cash and resources into the token of their choice. Yep, okay.

Damon may easily be Twitter's main character of the day, as major accounts and regular users alike roast the ad's message.

"We now have primetime NFL broadcast ads featuring movie stars valorizing as the next frontier of human exploration passive investments in a wholly artificial class of assets — where your return depends on attracting more investors to the scheme," Twitter pundit Southpaw quipped Monday.

Ken Klippenstein, an investigative journalist at the Intercept who has almost a half-million followers, tweeted "Jesus Christ does Matt Damon not have enough money."

Klippenstein reflects many viewers' opinions that asking everyday people to sink their money into capitalist schemes is pretty gross. Earlier, Square Enix's president penned an open letter to fans about incorporating NFTs and crypto into gaming, and we said it'd be nice to see industry brains try and make the concept work without scamming people.

This Damon ad, though, seems to be the exact opposite — the kind of crypto ad that reduces trust, reliability and usability of digital assets.

More on blockchain reality: Artist Shuts Down Because People Keep Stealing Their Work to Make NFTs

Dubious Donations
Politicians Refuse to Say Whether They'll Give Back Donations From Sam Bankman-Fried
11. 16. 22
Read More
Hot Chick
Madonna Releases Extremely Explicit NFT Collection
5. 13. 22
Read More
Sad!
Melania Trump Accused of Secretly Buying Her Own NFT to Avoid Disgrace
2. 17. 22
Read More
+Social+Newsletter
TopicsAbout UsContact Us
Copyright ©, Camden Media Inc All Rights Reserved. See our User Agreement, Privacy Policy and Data Use Policy. The material on this site may not be reproduced, distributed, transmitted, cached or otherwise used, except with prior written permission of Futurism. Articles may contain affiliate links which enable us to share in the revenue of any purchases made.
Fonts by Typekit and Monotype.