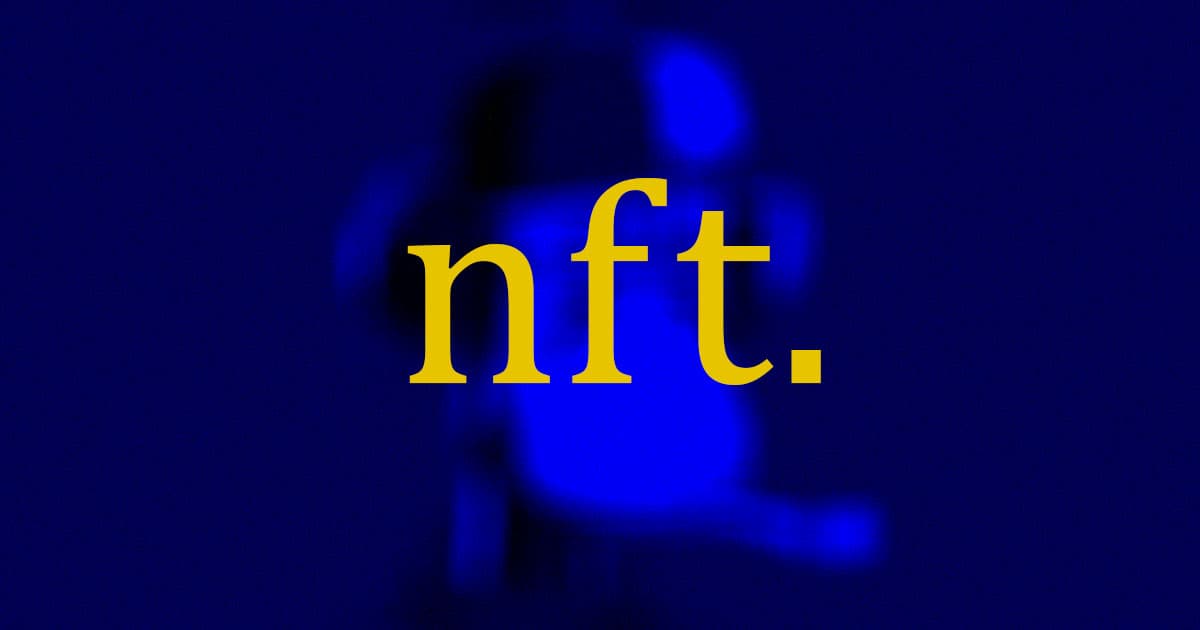 Debate Rages Over How to Pronounce “NFT”

They're pronouncing it what now?

They're pronouncing it what now?

NFTs, or non-fungible tokens, have been around for quite a while now. From banal pixel “art” to somebody’s farts, the trend has attracted a substantial audience — even A-lister celebrities including Post Malone and Kim Kardashian are getting sucked in these days.

And while not everybody agrees the tokens are a scams-riddled Ponzi scheme headed for a massive collapse or the future of art collecting, there’s a much greater debate raging on behind the scenes: how to pronounce the moniker “NFTs.”

If The Verge‘s Corin Faife is to be trusted, the three letter acronym is pronounced “neft,” arguably a hack job of a name that doesn’t only fail to improve on the actual pronunciation, but will make you sound like you have no idea what you’re talking about.

According to Faife, “at least ten Verge staffers took a serious poll,” agreeing to ditch “naft” or “nift” — and settled on the equally disappointing “neft” instead.

Does that logic hold up, though? It all smacks of the ancient controversy over whether the “g” in “GIF” is pronounced like in “goat” or “giraffe.” And since a lot of NFTs are GIFs, maybe it all comes full circle.

And at the end of the day, almost everybody says “en eff tee,” right? Right!? Are we losing our minds over here?

Maybe the real question is whether we want to lend this much credence to the NFT trend. The lockchain-based assets are clearly having a huge moment right now, but some critics say they’re an overvalued cult headed for a catastrophic collapse.

And at the end of the day, it’s still unclear whether we’ll even be talking about them in a year or two’s time. So until then, where’s the harm in referring to them as “en eff tees?”

More on NFTs: Gaming Exec Says His Customers Are Idiots For Not Understanding How Great NFTs Are