"It’s really beneficial. But they don’t get it for now." 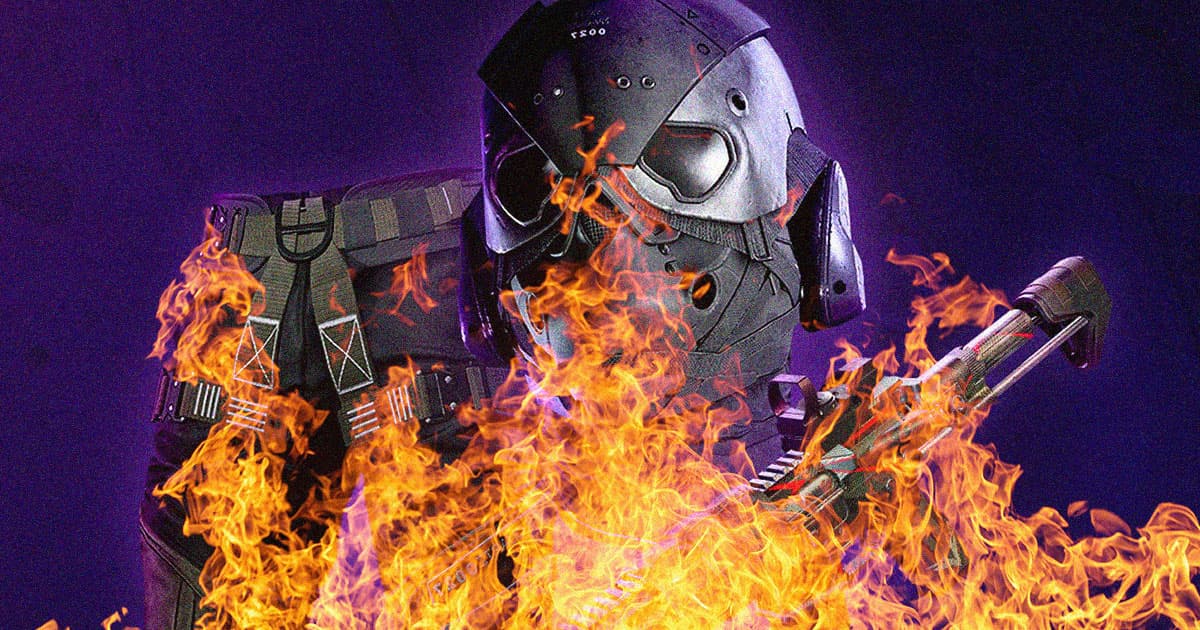 When games developer Ubisoft launched the platform Quartz, its first foray into the NFT space, the move was immediately met with derision and mockery by the gaming community.

Now, in a new interview with financial site Finder, two Ubisoft execs tried to explain why gamers should care about NFTs and embrace them as the future of gaming. Basically, they say Ubisoft's own dumb customers just don't get how awesome the technology is.

"I think gamers don’t get what a digital secondary market can bring to them," Ubisoft VP Nicolas Pouard told Finder. "For now, because of the current situation and context of NFTs, gamers really believe it’s first destroying the planet, and second just a tool for speculation."

Quartz is meant to allow gamers to "own" NFTs in the form of in-game assets like guns or other kinds of loot, dubbed Digits. Each Digit has its own unique serial number and will be tied to the name of its owner, no matter if you're playing the game or not, according to the company's website.

But NFTs are already facing some pretty steep headwind and aren't proving to be popular among gamers. The company's announcement trailer on YouTube last year, for instance, was immediately bombarded with dislikes.

The media coverage has also been almost unanimously negative, with Ars Technica saying that Ubisoft's plans "make no sense." Another publication called it "NFT snake oil."

Even the company's own employees have no idea why Ubisoft is dipping its toes into the NFT space.

The developer's leadership, however, is steadfast in its belief NFTs are the future of gaming.

"But what we [at Ubisoft] are seeing first is the end game," Pouard told Finder. "The end game is about giving players the opportunity to resell their items once they’re finished with them or they’re finished playing the game itself."

"So, it's really, for them," Pouard told the website. "It’s really beneficial. But they don’t get it for now."

The condescending tone aside, it's a controversial argument to make considering the truth: most gamers do indeed understand what Ubisoft is offering them — a thinly veiled attempt to cash in on their customers, as Kotaku points out. Ubisoft will get a cut, of course, every time a Digit changes hands.

Worse, to many it's further commoditization of the gaming space, turning it into a hollow market of items with dubious value.

"I don't play games to have fun, I play them to sell items on a secondary market," one Reddit user wrote in a recent thread about the interview. "If your customers don’t 'get' your product then you have no customers," another argued.

And if something were to go wrong — there are plenty of reasons to believe it's a real risk given NFT platforms are falling victim to scams left and right — Ubisoft isn't claiming any liability.

Gamers aren't even allowed to use their licensed NFT in "videos or other formats of media," nor are they able to "reverse or cancel transactions."

"Once my son accidentally bought a $60 game on our PlayStation and Sony refunded it!" one Twitter user pointed out sarcastically. "Now he can accidentally buy a $1,000 gun and I can't do anything about it, amazing progress!"

All told, Ubisoft still has a lot to prove to its customer base — and its execs don't seem to be doing it any favors.

More on NFTs: Independent Artists Say NFTs Are the Bane of Their Existence

Read This Next
Gamer Word
Scientists Find That Gamers Are Indeed More Racist and Sexist Than Normies
Apes Ahoy
A Major NFT Project Is Falling Apart in a Storm of Lawsuits
Rube Goldbergian
The Dune NFT Project Is Back With an Inscrutable New Scheme
Wrong-Clicker
Knockoff eBay NFTs Are Kind of Based, Actually
Sad!
Melania Trump Accused of Secretly Buying Her Own NFT to Avoid Disgrace
More on Future Society
Rough
Monday on futurism
Elon Musk's Twitter Is Reportedly Failing Miserably to Contain Horrific Child Abuse Content
YouTube Propaganda
Monday on the byte
Experts Say There's Something Very Weird About North Korean YouTubers
Bird Crap
Feb 4 on the byte
It Looks Like Elon Musk Is Actually Building a Twitter Payment Platform
READ MORE STORIES ABOUT / Future Society
Keep up.
Subscribe to our daily newsletter to keep in touch with the subjects shaping our future.
+Social+Newsletter
TopicsAbout UsContact Us
Copyright ©, Camden Media Inc All Rights Reserved. See our User Agreement, Privacy Policy and Data Use Policy. The material on this site may not be reproduced, distributed, transmitted, cached or otherwise used, except with prior written permission of Futurism. Articles may contain affiliate links which enable us to share in the revenue of any purchases made.
Fonts by Typekit and Monotype.