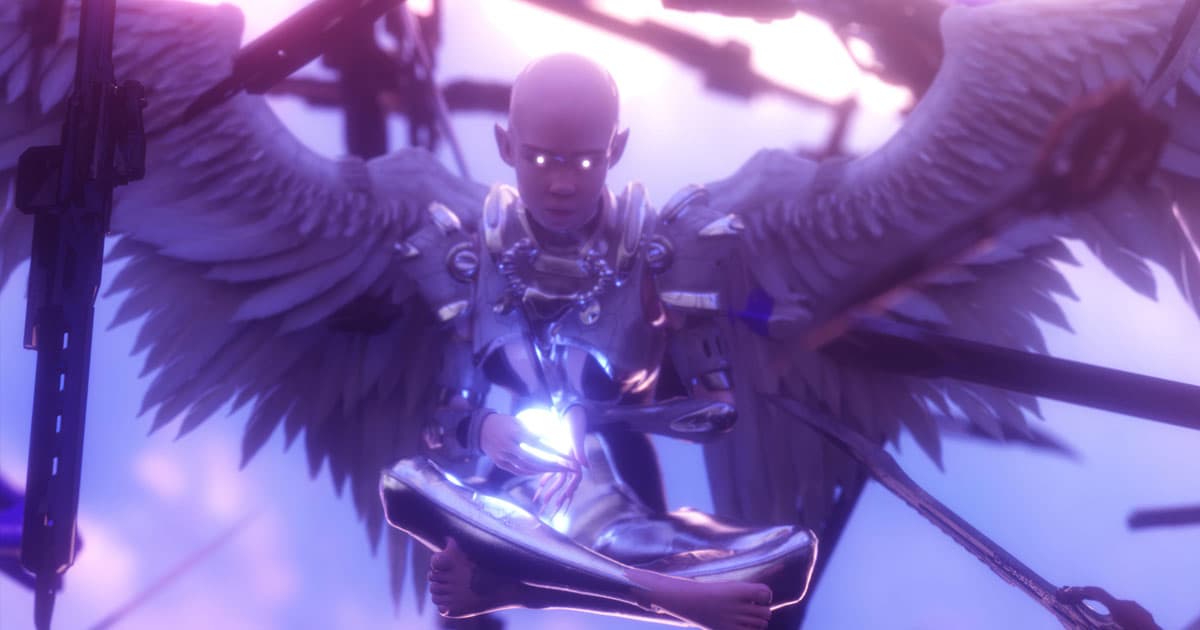 Grimes Is Auctioning Off a Fraction of Her Soul

The interesting part: she, and Elon Mushk, are preoccupied by technological immortality.

The interesting part: she, and Elon Mushk, are preoccupied by technological immortality.

Claire "Grimes" Boucher — acclaimed musician, avant-garde artist, and mother of Elon Musk's latest child — has decided to auction off a percentage of her soul, Bloomberg reports. The bizarre sale, which will include a legal document specifying that the buyer owns part of Grimes' soul, will be part of the performer's upcoming online art exhibition, aptly-titled titled "Selling Out."

"The deeper we got with it, the more philosophically interesting it became," Grimes said, referring to the process of drafting the contract with her lawyer. "The idea of fantastical art in the form of legal documents just seems very intriguing to me."

Maccarone presents its debut collaboration with Grimes: an exclusive online viewing room on Gallery Platform LA (link in bio). The viewing room features Grimes’ series of digital photographs, centering WarNymph, the artist’s virtual avatar. WarNymph is birthed out of machine learning, and executed in collaboration between Grimes and her brother Mac Boucher. The viewing room is live on the platform from May 28th to June 3rd. @grimes @macboucher @warnymph @galleryplatform.la

Prints of Grimes' recently unveiled digital avatar War Nymph, her "digital self" according to a February interview, with British magazine The Face, range from $5,000 to $15,000.

The show will be debuted on Gallery Platform Los Angeles starting today through June 3.

Apart from planning to sell a fraction of her soul, Grimes also discussed plans to upload her consciousness to live in a humanoid vessel so it can then take her to Mars.

READ MORE: Pop Star Grimes Is Selling a Piece of Her Soul [Bloomberg]

More on Grimes: GRIMES WANTS TO SEND HER MIND TO MARS INSIDE A “HUMANOID VESSEL”