The U.S. Navy Put A Fallout-Like HUD in Their Newest Helmet

This is what Tony Stark would give Aquaman for Christmas. 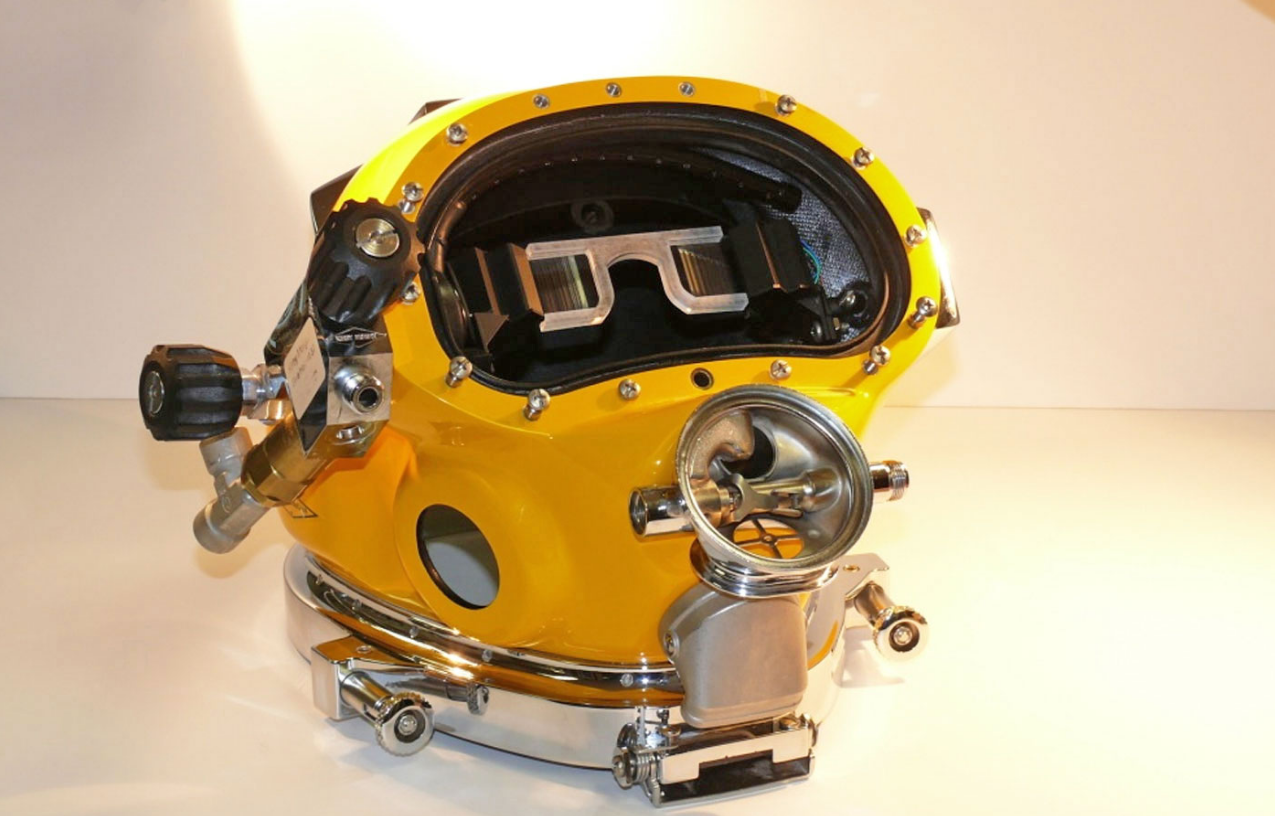 Diving isn't really a field that gets much in the way of tech; at least when compared to, say, space travel, with its sexy technological upgrades that seem to appear daily. Most underwater explorers still rely on the trusty scuba gear or diving equipment.

But this just changed with the announcement of a new development in diving tech: in-helmet HUD for divers.

Called the Divers Augmented Reality Display, or DAVD, the idea is a U.S. Navy project that envisions a high-resolution, heads-up display embedded in a diving helmet.

This unique system will enable divers to have real-time visual display of everything from sector sonar (real-time topside view of the diver's location and dive site), text messages, diagrams, photographs and even augmented reality videos.

The key advantage that something like DAVD will provide is depth perception. Divers often find themselves in low-visibility situations, and DAVD could potentially overlay muddy waters with a real-time map created by miniaturized high-resolution sonar.

While HUDs have been standard fare for fighter jets and other military hardware, the deployment of an underwater visual augmentation system such as DAVD is unique—and may prove to be an important new tool for undersea explorers and archaeologists.

Read This Next
Futurism
US Navy's "Augmented Guidance" Tech Brings Automation to Aircraft Landings
More on Robots & Machines
From the Dept. of...
12:00 AM on futurism
The Best Desk Lamps of 2023
Robot Ridicule
Yesterday on the byte
Hilarious Video Shows Boston Dynamics Robot Failing Horribly
FROM THE DEPT. OF...
Friday on futurism
The Best Rechargeable Batteries in 2023
READ MORE STORIES ABOUT / Robots & Machines
Keep up.
Subscribe to our daily newsletter to keep in touch with the subjects shaping our future.
+Social+Newsletter
TopicsAbout UsContact Us
Copyright ©, Camden Media Inc All Rights Reserved. See our User Agreement, Privacy Policy and Data Use Policy. The material on this site may not be reproduced, distributed, transmitted, cached or otherwise used, except with prior written permission of Futurism. Articles may contain affiliate links which enable us to share in the revenue of any purchases made.
Fonts by Typekit and Monotype.