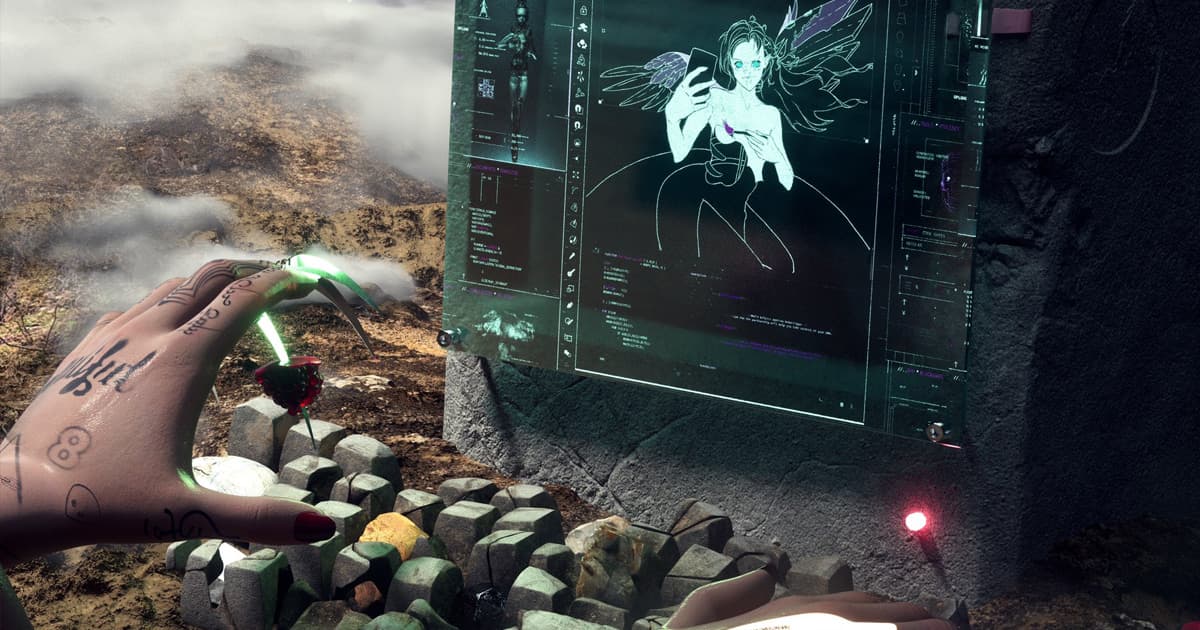 "I wanted to untether my digital self from my humanity."

"I wanted to untether my digital self from my humanity."

In a new interview with British magazine The Face, singer and visual artist Grimes revealed her wild plans to travel to Mars.

When asked if she'd "rather go to Mars or upload your consciousness to the cloud," the renowned musician — and Elon Musk love interest — couldn't make up her mind. But she settled on a spacey alternative.

"I guess I’d like to upload my consciousness, and then when it’s technologically possible, have my consciousness live in some kind of humanoid vessel that can speak and move freely, and then that body can go to Mars and other planets with my mind inside it," she pondered.

It's been a turbulent couple of months for the Canadian performer. First, she made an appearance at the 2020 Game Awards and then announced she was having a child.

Grimes also spoke of her new "digital avatar, aka my digital self," which she calls "WarNymph," a freaky-looking computer generated alien humanoid with enlarged eyes, copious amounts of virtual cosmetics, and wearing the newest duds by fashion house Balenciaga.

This avatar takes the brunt of the grim bullshit humans have to put up with in 2020.

"The avatar allows us to play to the strengths of digital existence rather than be a human trying to navigate a world that isn’t made for us," she told the magazine. "For example, the digital body can age, die, respawn, change her face… There’s so much identity potential!"

"I wanted to untether my digital self from my humanity," Grimes said. "WarNymph can take on the burden of the new world. I can live more freely IRL."

READ MORE: Grimes says going to Mars is one of the 'main things I'm trying to do' — and it's also the goal of her boyfriend Elon Musk's rocket company, SpaceX

More on Grimes: Grimes: Humanity Is At The “End of Art, Human Art”