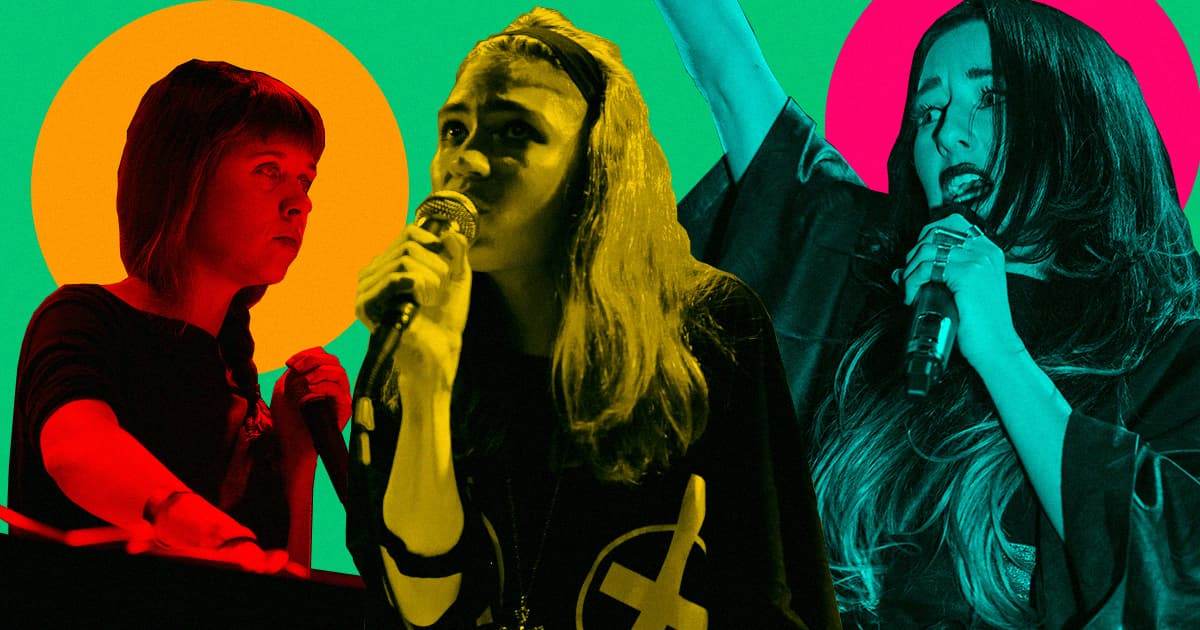 Grimes: Humanity Is At The "End of Art, Human Art"

During the segment, the pop singer, who studied neuroscience before pursuing her music career, opined that humanity is at the "end of art, human art" — AI, in Grimes' mind, will soon master the arts and sciences, surpassing humans in the ability to produce superior works.

Yesterday, a third voice weighed in on the debate — Holly Herndon, an award-winning composer and electronic musician whose most recent album, PROTO, was made in collaboration with an AI. Herndon, who holds a PhD from Stanford University, posted a nuanced response to the debate on Twitter.

AI has been used more and more in recent experimental releases like Herndon’s PROTO, including JLin and Herndon’s 2018 song “Spawn,” and Iranian composer Ash Koosha’s 2018 album Return 0. Last month, Arca announced that her music would soundtrack the lobby of the Metropolitan Museum of Art in New York, composed with the Bronze AI engine.

Last year, Grimes released a single called "We Appreciate Power" which, while not composed using artificial intelligence, alludes to genuflecting to its influence.

More on Grimes: Grimes Uses Deprivation Tank to “Astro-Glide to Other Dimensions”