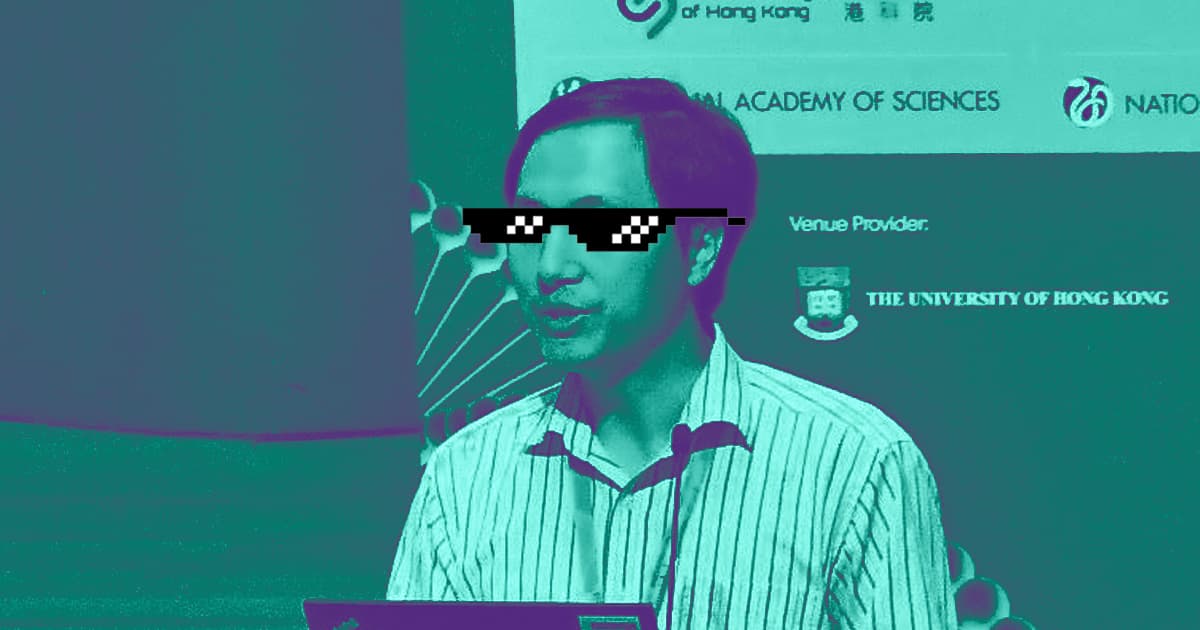 His university fired him after new allegations of grave ethical misconduct.

His university fired him after new allegations of grave ethical misconduct.

In November, Chinese scientist He Jiankui announced that he had created the world’s first gene-edited babies.

The move was met by a wave of criticism from the scientific community, and the media soon branded him the "Chinese Frankenstein." Within days, Chinese authorities announced that they were banning He from conducting any further research and launching an investigation into his claims.

On Monday, those authorities revealed the results of their investigation to the news agency Xinhua — and, if their claims are reliable, it seems He's research was even more unethical than originally thought.

According to investigators from China's Guangdong Province, He's research began in June 2016 when he organized a team of researchers, including some from overseas. He then recruited eight volunteer couples to participate in the project after showing them a fake ethical review certificate — a huge ethical transgression.

Just like the couple who gave birth to the gene-edited twins, all the potential fathers tested positive for the HIV antibody and all the potential mothers negative. To get around the fact that people with HIV aren't allowed to participate in assisted reproduction efforts, He asked volunteers to stand in for the males during blood tests.

He carried out his experiments on the couples between March 2017 and November 2018. During those experiments, he used technology that had no guarantee of safety or effectiveness to edit the genes of human embryos and implant them into the female volunteers, all while "intentionally avoid[ing] surveillance," the authorities said.

One couple became pregnant and gave birth to twins. Another couple is still pregnant, and five others failed to get pregnant following the experiment. The final couple quit mid-way through the project. The authorities told Xinhua they plan to provide the twins and the still-pregnant woman with follow-up visits and continued medical observation.

Soon after the details of the investigation came to light on Monday, He's employer, the Southern University of Science and Technology, announced it was firing the disgraced scientist — but unemployment might be the least of He's worries right now.

Now that they've completed their investigation, they claim the next step is bringing He and his accomplices to justice by transferring them to "public security authorities" so that they can "receive punishment according to laws and regulations" — and given that this is a first-of-its-kind offense, there's really no telling what that punishment might be.