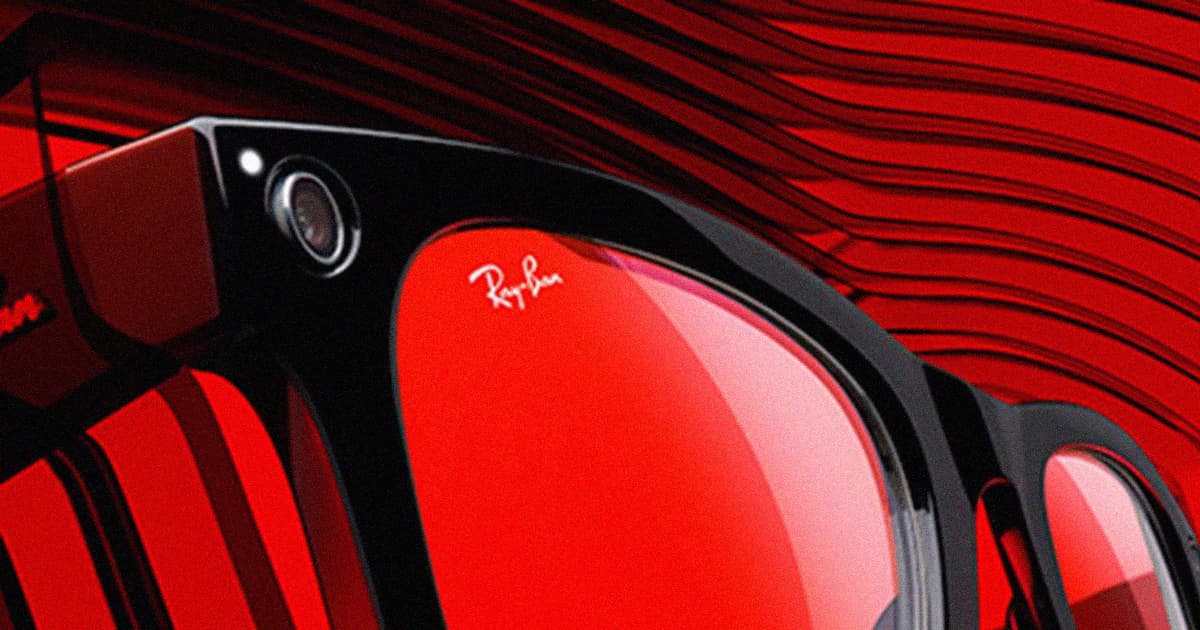 Facebook: Taping Over Camera LED on Our Glasses is a TOS Violation

Facebook has teamed up with Ray-Ban to come up with a pair of smart sun glasses that absolutely nobody asked for.

The design is as creepy as it is familiar. There's a tiny, spy-sized camera mounted to the sunglasses frame so everybody can creep on their neighbor while going unnoticed. No fancy augmented reality here — they're essentially a smartphone camera strapped to a pair of glasses.

With a track record as abysmal as Facebook's when it comes to privacy, the announcement shouldn't come as too much of a shock — but you'd really think they would know better by now. Did we mention they cost $299?

A small LED light next to the camera is meant to warn those nearby that they're being recorded.

Of course, anybody could just cover it up with a small piece of tape. But as Facebook Reality Labs VP Alex Himel told BuzzFeed News, that would be a violation of the glasses' terms of service agreement.

Which, of course, is completely unenforceable. Thanks, Zuckerberg!

Worse yet, the social network actually had to add the LED light to the sunglasses after consulting with privacy groups, according to BuzzFeed, meaning that they weren't even part of the original design.

There have been countless failed and unsuccessful attempts to bring smart glasses to the market. There was Google Glass and Snapchat's Spectacles, to name a few. Even Amazon tried to make a buck off the trend.

Where that leaves the fate of Facebook's Ray-Bans is anybody's guess. It's a mystifying product that Facebook perhaps should've left on the R&D cutting-room floor.

FROM THE DEPT. OF THINGS TO BUY
The Best Smart Glasses for 2023
10. 18. 22
Read More
FROM THE DEPT. OF THINGS TO BUY
Get $140 Off Razer Anzu Smart Glasses and Other Wearable Tech Deals
7. 26. 22
Read More
Gloves Off
Facebook Shows Off Gloves That Allow You to "Feel" VR Objects
11. 17. 21
Read More
+Social+Newsletter
TopicsAbout UsContact Us
Copyright ©, Camden Media Inc All Rights Reserved. See our User Agreement, Privacy Policy and Data Use Policy. The material on this site may not be reproduced, distributed, transmitted, cached or otherwise used, except with prior written permission of Futurism. Articles may contain affiliate links which enable us to share in the revenue of any purchases made.
Fonts by Typekit and Monotype.