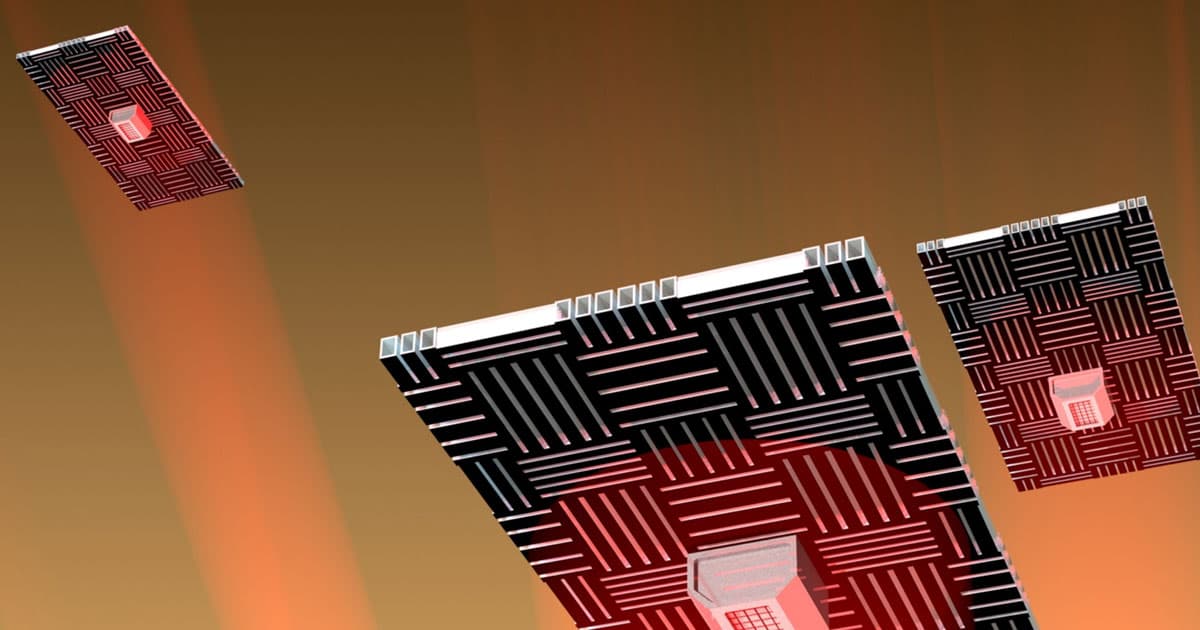 Each one would weigh as little as a fruit fly.

Each one would weigh as little as a fruit fly.

Researchers at the University of Pennsylvania say we could one day explore the surface of Mars using a fleet of “nanocardboard” aircraft that each weigh as much as a fruit fly and feature no moving parts.

The tiny flyers, as outlined in the study first published in the journal Advanced Materials in February, work by harnessing the power of temperature differentials between the upper and lower side. When a bright light like the Sun shines on one side, it heats up, circulating air through corrugated channels — hence “cardboard” — and providing thrust.

So far, the researchers managed to fly tiny payloads in the form of silicone rings, inside a low-pressure test chamber that simulates the Martian environment. The team is now working on miniaturizing chemical sensors that the tiny flyers could use to detect water on Mars.

“The air current through these micro-channels is caused by a classical phenomenon called ‘thermal creep,'” explained co-author Howard Hu in a statement, “which is a rarefied gas flow due to the temperature gradient along the channel wall.”

The “nanocardboard” flyers are far simpler in design than the Mars Helicopter NASA is sending to the Red Planet this summer, alongside its next rover, Perseverance.

“The Mars Helicopter is very exciting, but it’s still a single, complicated machine,” said lead researcher Igor Bargatin, assistant professor in the Department of Mechanical Engineering and Applied Mechanics, in the statement.

“If anything goes wrong, your experiment is over, since there’s no way of fixing it,” Bargatin added. “We’re proposing an entirely different approach that doesn’t put all of your eggs in one basket.”