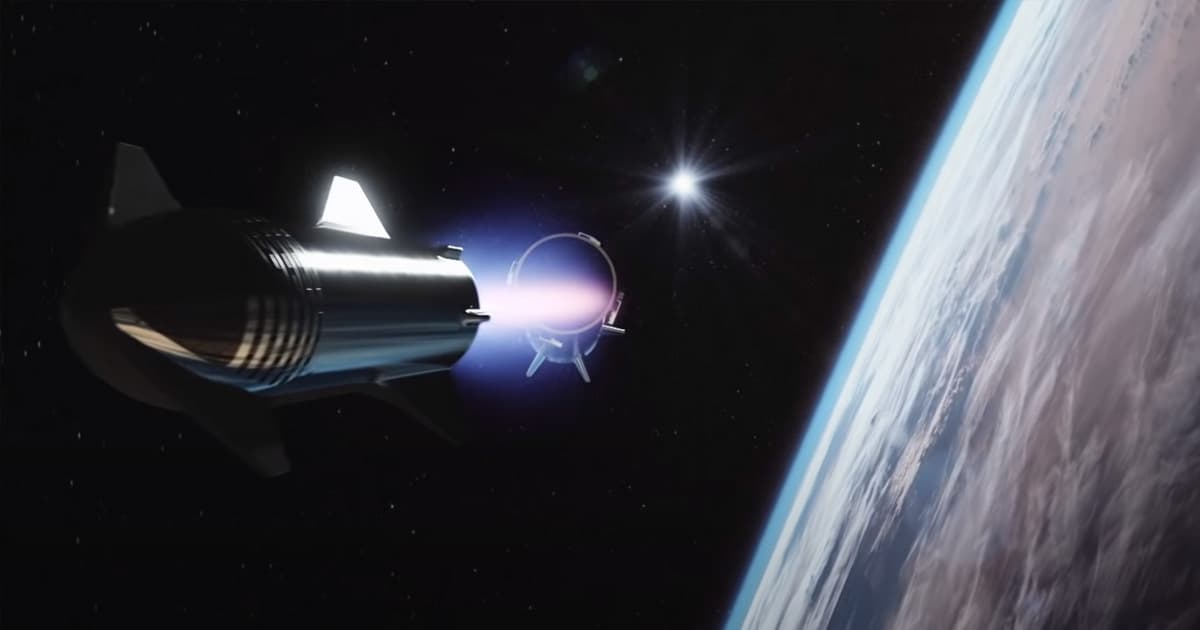 The "ship itself" could serve as the "structure for a new giant telescope."

The "ship itself" could serve as the "structure for a new giant telescope."

SpaceX's Starship could carry the first astronauts to the surface of the Moon since the Apollo missions, clean up our planet's increasingly littered orbit, and perhaps even help establish a city on Mars.

Now, SpaceX CEO Elon Musk is saying that it could also be used to bring astronomical observations into the 21st century.

In a Wednesday tweet, Musk suggested that the "ship itself" could serve as the "structure for a new giant telescope" with ten times the resolution of NASA's Hubble — an indication that the billionaire still has plenty of big ideas left for the company's spacecraft.

According to Musk, the idea of turning a Starship spacecraft into a massive space telescope was first suggested to him by Lawrence Berkeley National Laboratory astrophysicist Saul Perlmutter.

The news comes after NASA's aging Hubble Space Telescope had to put its scientific investigations on pause last month due to a software glitch. NASA scientists are now desperately looking for a fix to get the telescope back on track.

In a previous tweet, Musk elaborated on his plans for the Mars-bound rocket to act as a "dedicated deep space variant" that can be refueled in orbit could allow SpaceX to launch even heavier payloads to faraway destinations, including the Moon and Mars.

A chart published by NASA's Launch Services program today compared the performance of various rockets, SpaceX's Falcon Heavy among them. According to the numbers, an "expendable" version of SpaceX's Falcon Heavy, a heavy-lift variant of the company's workhorse Falcon 9 rocket, is capable of sending over 26,000 pounds all the way to Mars.

Starship, however, could increase that number almost tenfold if its development goes according to plan. SpaceX still has plenty of work to do before the first Starship will go into orbit, let alone one that can turn itself into a giant telescope once there.

The first prototype may make its first attempt to reach orbit in the coming weeks, with a planned splashdown in the Pacific off the coast of Hawaii.

But once established as a stable platform, like its Falcon 9 predecessor, Starship has an opportunity to push the boundaries of astronomy by continuing Hubble's legacy in orbit.