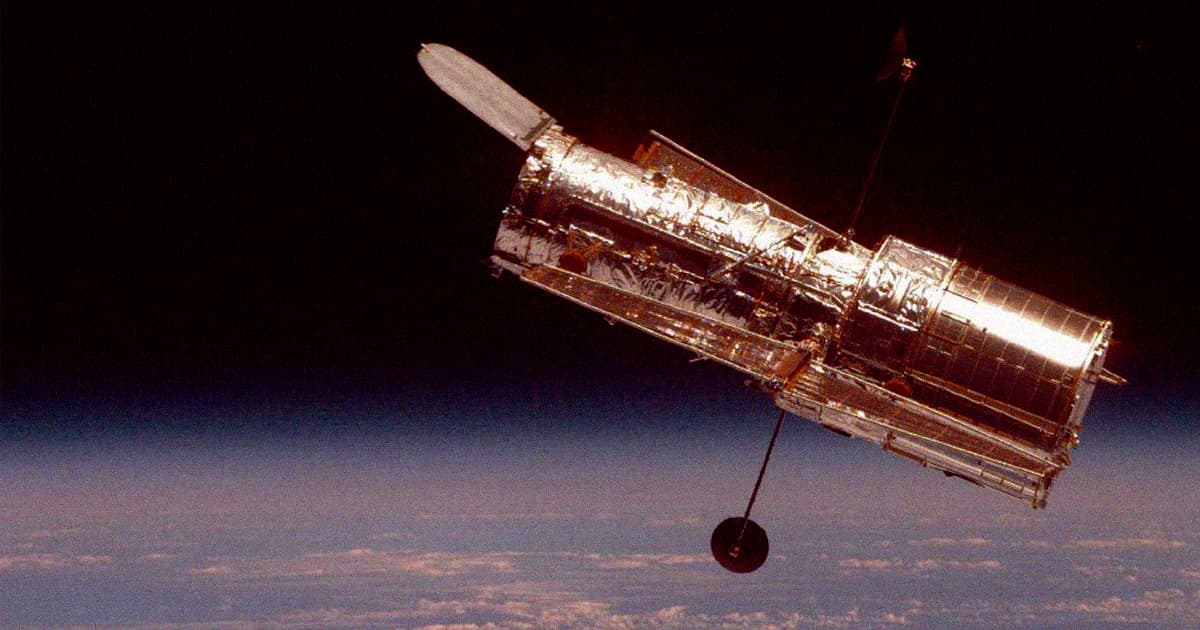 MAYBE TURN IT ON AND THEN OFF AGAIN?

NASA's Hubble Space Telescope experienced an issue with its payload computer, forcing scientific operations to grind to a halt into safe mode over the weekend, according to NASA.

Scientists at the agency are planning to switch to a backup memory module some time today, and allow the computer to run for a day to make sure the issue gets resolved. If all goes according to plan, Hubble will be back online for normal science operations again.

And yes, before you ask: Teams at NASA already tried to restart the payload computer, but encountered the same glitch.

The aging space telescope was deployed from the space shuttle Discovery over three decades ago, on April 25, 1990. Since then, it has provided scientists a glorious and largely unobstructed view of the galaxy, allowing them to peer at stars some 13.4 billion light years away.

The computer, a NASA Standard Spacecraft Computer 1 system, was put together in the 1980s, but fortunately, scientists included several levels of redundancy at the time to make sure scientific operations can go on.

It's not the first time a software error forced Hubble's instruments to enter a safe mode. In March, a glitch forced the telescope to do the same.

So here's to hoping Hubble makes a full discovery.