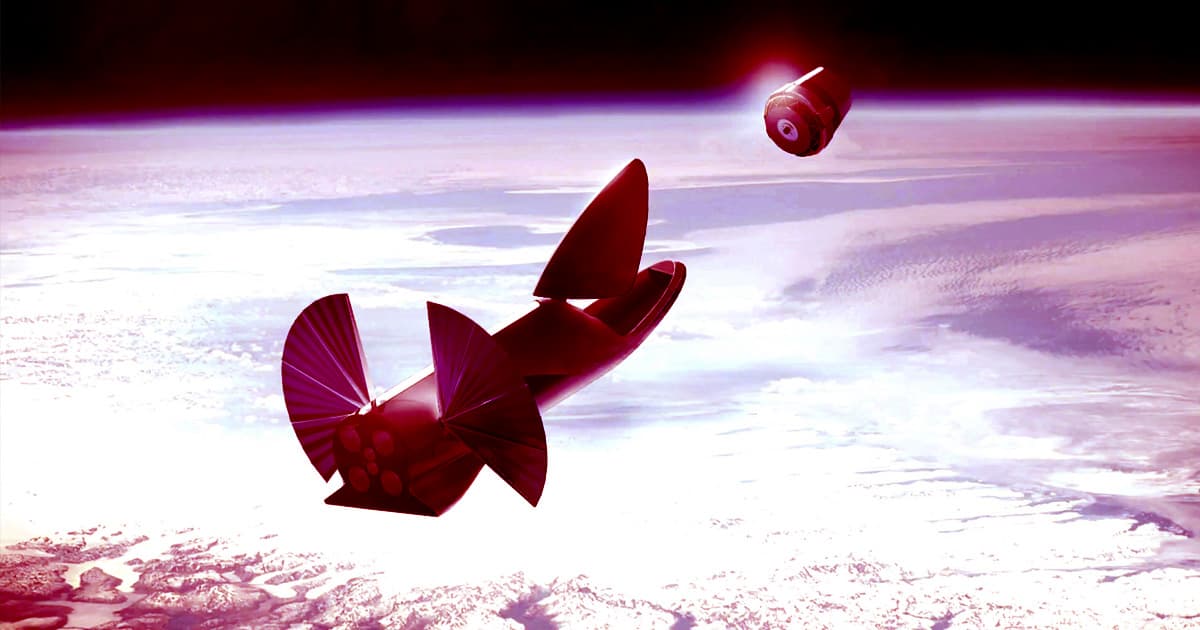 "We can fly Starship around space and chomp up debris with the moving fairing door."

"We can fly Starship around space and chomp up debris with the moving fairing door."

Earth's orbit is becoming increasingly littered with our leftover garbage. More than 27,000 pieces of orbital debris of varying sizes are being tracked by the Department of Defense’s global Space Surveillance Network.

That could make launching rockets increasingly difficult in the future, let alone the danger space debris poses to space travelers.

But in a Saturday tweet, SpaceX CEO Elon Musk suggested that Starship — his space company's Mars-bound spacecraft that's currently in development — might be a potential solution to the problem.

"We can fly Starship around space and chomp up debris with the moving fairing door," he tweeted.

The spacecraft is designed to open its two gigantic fairing doors when in orbit — kind of like the beak of a bird — to release payloads from within, according to SpaceX's official Starship Users Guide released last year.

The same mechanism could be used to trap space junk, Musk now says.

The standard clamshell-style payload fairing is just shy of 30 feet in diameter, the "largest usable payload volume of any current or in development launcher," according to the document.

It's not the first time the idea has been floated.

"It’s quite possible we could leverage Starship to go to some of these dead rocket bodies — other people’s rockets of course — basically go pick up some of this junk in outer space," SpaceX president and COO Gwynne Shotwell told TIME in October.

"It’s not gonna be easy, but I do believe that Starship offers the possibility of going and doing that and I’m really excited about it," she added.

READ MORE: Elon Musk says SpaceX's Starship could 'chomp up' space junk with its moving door on the way to Mars [Insider]