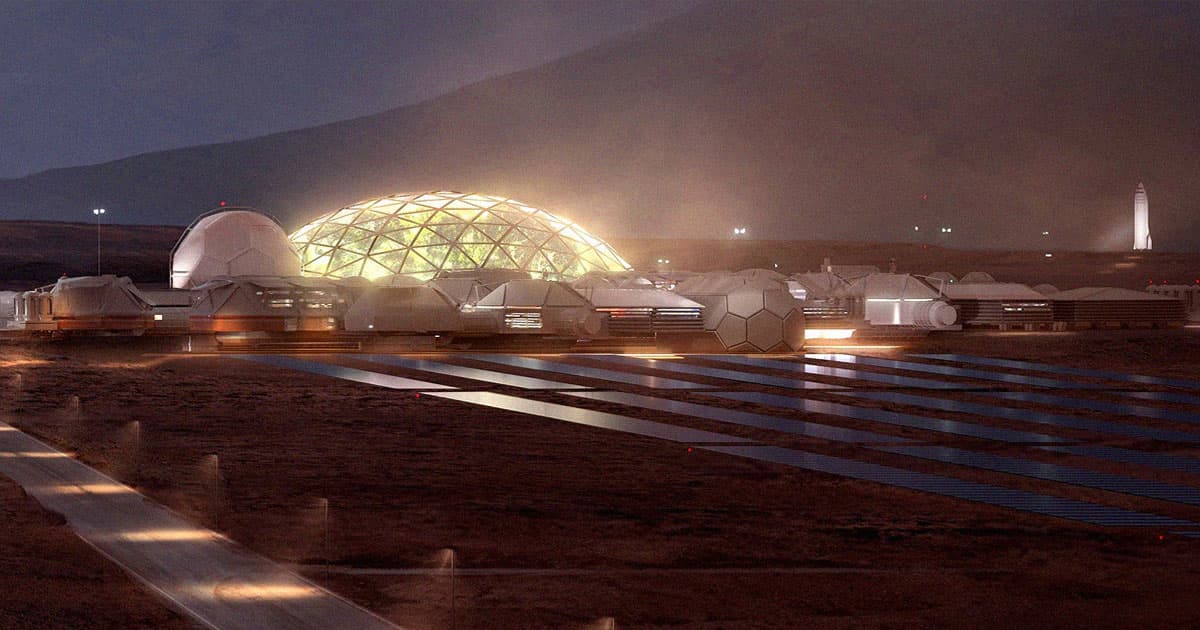 If birth rates keep dropping, "there definitely won’t be enough" people to establish a city on Mars.

If birth rates keep dropping, "there definitely won’t be enough" people to establish a city on Mars.

For years, SpaceX CEO Elon Musk has repeatedly warned that humanity is headed towards a catastrophe due to collapsing global fertility rates.

"We should be much more worried about population collapse," Musk reiterated in a tweet today.

And that could bode badly for his bold plans to create a city on Mars one day.

"If there aren’t enough people for Earth, then there definitely won’t be enough for Mars," he added in a sad-smiley-face-adorned follow-up tweet.

Back in 2020, experts warned of a "jaw-dropping" decline in the number of babies being born worldwide. Fertility rates could lead to contracting populations by 2100, the BBC reported at the time.

The COVID-19 pandemic has only served to accelerate the trend, despite some initially predicting the pandemic would trigger a baby boom.

Musk has long held the unorthodox belief that this the number one threat humanity is facing in the 21st century.

"I think one of the biggest risks to civilization is the low birthrate and the rapidly declining birthrate," he said at The Wall Street Journal’s CEO Council last year. "And yet, so many people, including smart people, think that there are too many people in the world and think that the population is growing out of control."

"Please look at the numbers — if people don’t have more children, civilization is going to crumble, mark my words," Musk pleaded at the event.

The billionaire CEO has big plans for our species, not the least of which is sending 1,000 Starship spacecraft to build a sustainable city of one million people on Mars.

But with fewer future Mars residents being born back on Earth, Musk seems to now be worried his dream of humanity going interplanetary — his solution for the survival of our species long term — may never be fulfilled.

More on the topic: Elon Musk Says “Civilization Is Going to Crumble” Unless People Have More Children