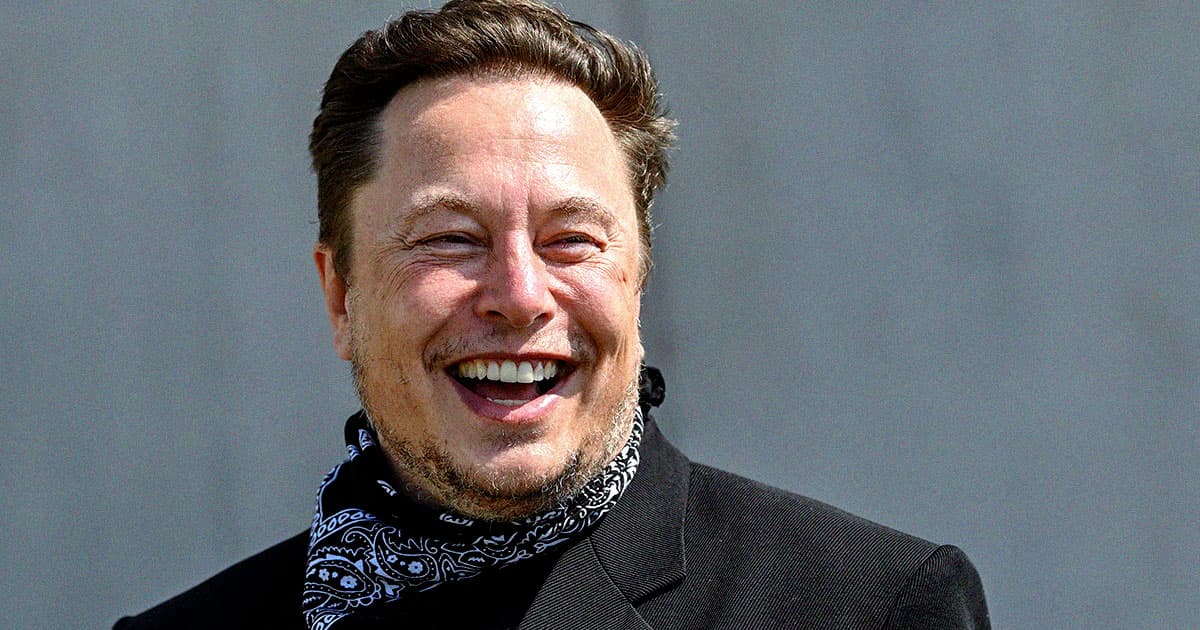 As many experts pointed out, the test tank bears a striking resemblance to competitor SpaceX's Super Heavy booster prototypes, the primary stage designed to launch the Elon Musk-led company's Starship spacecraft into orbit.

The comparison led to countless memes, one of which caught Musk's attention. "Hey Elon, Can I Copy Your Homework?" one Twitter account wrote, a repost of a submission to the Reddit forum /r/SpaceXMasterrace.

Musk evidently thought the sentiment was funny, replying with a laughing emoji on Wednesday — yet another jab at Blue Origin, and a sign that he still doesn't see the Jeff Bezos-led company as a serious competitor.

Blue Origin is still trying to nail down its exact approach for launching its New Glenn heavy lift-launch vehicle. According to Ars' reporting, the company still hasn't ruled out adding large wings to allow the second stage to glide back down to Earth.

It's far more likely that Blue Origin will opt for a familiar procedure: using the stage to launch the New Glenn spacecraft, separating, and then landing vertically — just like SpaceX's Super Heavy booster.

Either way, it's likely that Blue Origin's continued developments will lead to further derisive comments from team SpaceX about how the company is playing catch up with the competition.

That's in no small part due to the fact that Blue Origin has been fighting tooth and nail to be part of NASA's upcoming Artemis missions to the Moon. SpaceX emerged as the only winner of the space agency's recent Human Landing Systems contract, drawing the ire of Blue Origin's leadership, prompting an angry lawsuit against NASA by Bezos' company.

It's a bitter race, and these billionaires are willing to throw a ton of money to emerge as the commercial super heavy-lift system of choice. It's a high risk, high reward game that's bound to make at least some of them the butt of many jokes still to come.