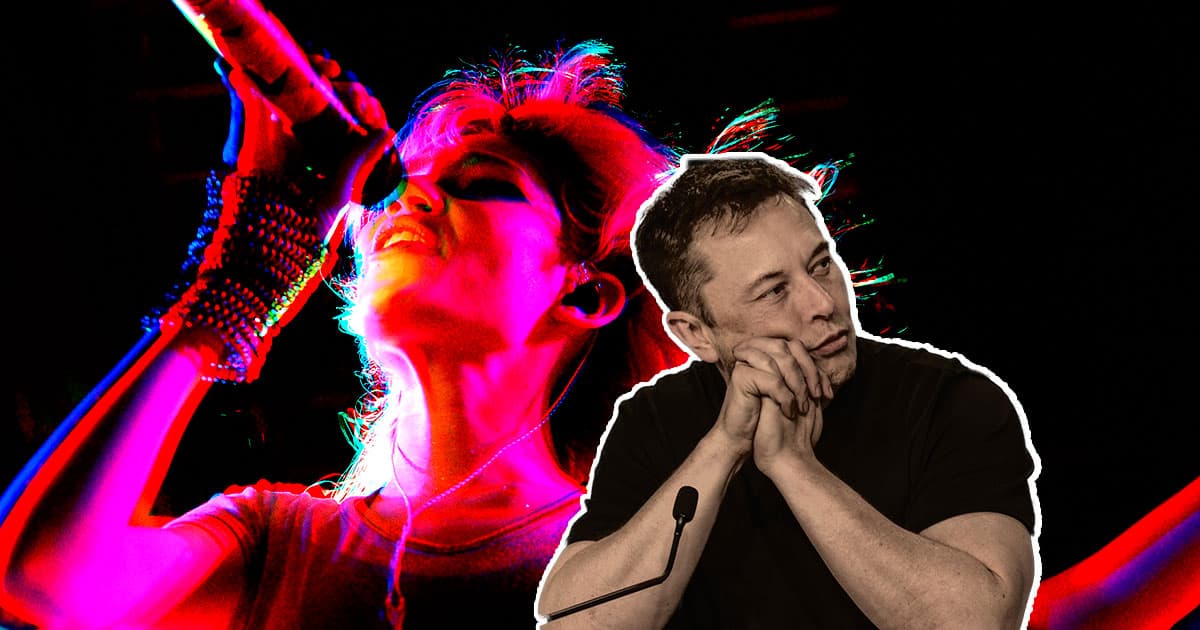 "Musk has this theory of her that she’s not real."

"Musk has this theory of her that she’s not real."

Which is worse: the concept that Elon Musk thought his now-ex and acclaimed musician Claire "Grimes" Boucher was a simulation of his "perfect companion" — or that she agreed with him?

That sci-fi-inspired question is at the heart of one of the weirder anecdotes from a recent episode of the BBC's docuseries about the world's richest man titled "The Elon Musk Show."

In this particular episode — a synopsis of which was published by Cosmopolitan — filmmakers explored Musk's relationship with Grimes, who is also the mother of his infamously-named children X Æ A-12 and Exa Dark Sideræl, or "Y" for short.

When American author Devin Gordon spoke to Boucher for the docuseries, things got, well, about as weird as one would expect.

"She told me repeatedly that Musk has this theory of her that she’s not real," Gordon said in the episode, "that she’s a simulation who was created by him and exists in his cerebral cortex as sort of the perfect companion to him."

The author admitted that the whole concept "sounds a little crazy and maybe even a little creepy" — "except, she agrees with it."

"She said she does feel like this simulation which was perfectly created for him," Gordon said. "Her interests are all the same as his and her music is very technologically oriented."

Indeed, the author added that when speaking to the pair separately, "both made a similar nerdy joke about a scary AI theory of the future."

The whole thing would almost be romantic if one forgets the fact that the duo broke up last September. When Boucher began dating whistleblower-turned-DJ Chelsea Manning, Musk also posted a seemingly transphobic meme in what could be read as a dig at Manning's transgender identity.

Since then, things have remained complicated. Boucher referred to Musk as her "boyfriend," who she sees "all the time" in a Vanity Fair interview back in April, despite living "in separate houses."

All the same, the two still seem like a match made in "The Matrix" — and maybe one day, they'll get back together to have more babies via surrogate.

More on Musk: Elon Musk Warns "Civilization is Over" if Ukraine Doesn't Give in to Russia