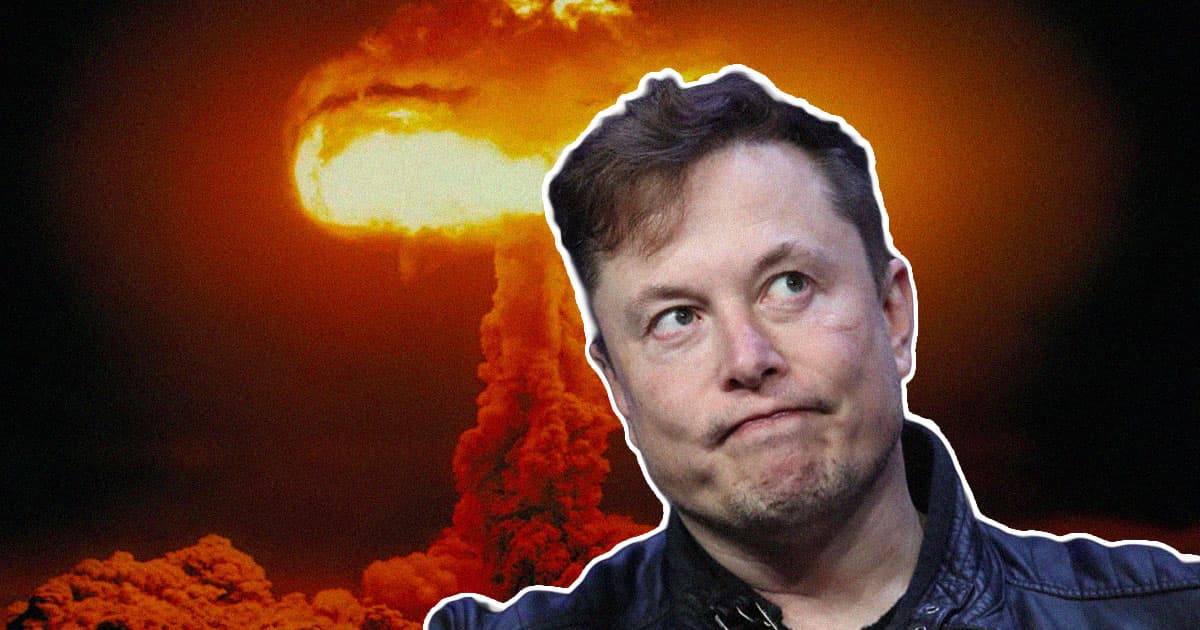 "If we nuke Russia back, they will nuke us and then we have WW3."

"If we nuke Russia back, they will nuke us and then we have WW3."

Using Twitter, the platform he is likely to soon own and control, the world's richest man made a number of eyebrow-raising predictions for eventualities regarding the outcome of Russia's invasion of Ukraine.

"If Russia is faced with the choice of losing Crimea or using battlefield nukes, they will choose the latter," the SpaceX and Tesla CEO tweeted. "[The West has] already sanctioned/cutoff Russia in every possible way, so what more do they have left to lose?"

"If we nuke Russia back, they will nuke us and then we have WW3," he added.

In short, Musk is arguing that Ukraine should give in to Russia's demands, or else — a highly controversial perspective that has already landed him in hot water recently.

Once again, Musk appears here to be focused on Russia's claims to the Crimean Peninsula, a conflict that has flared up repeatedly since Russia annexed it eight years ago — and which has been the subject of other recent Twitter tomfoolery from the billionaire entrepreneur.

"Whether one likes it or not, Crimea is absolutely seen as a core part of Russia by Russia," Musk continued in his buried Twitter thread. "Crimea is also of critical national security importance to Russia, as it is their southern navy base. From their standpoint losing Crimea is like USA losing Hawaii & Pearl Harbor."

Musk also played out a different doomsday scenario in his head.

"If Russia faces destruction of their army and utter defeat by NATO, they will use nukes," he noted, "then NATO will respond with nukes and civilization is over."

In true Musk fashion, he followed up his warning with a tactless and seriously misplaced joke.

"But, hey, look on the bright side!" he continued. "At least Russia doesn’t get Crimea in that scenario, so you can be comforted by that thought, while watching the mushroom clouds rise."

More mutual admiration: Russia Says Thanks Elon Musk, We Love You Too